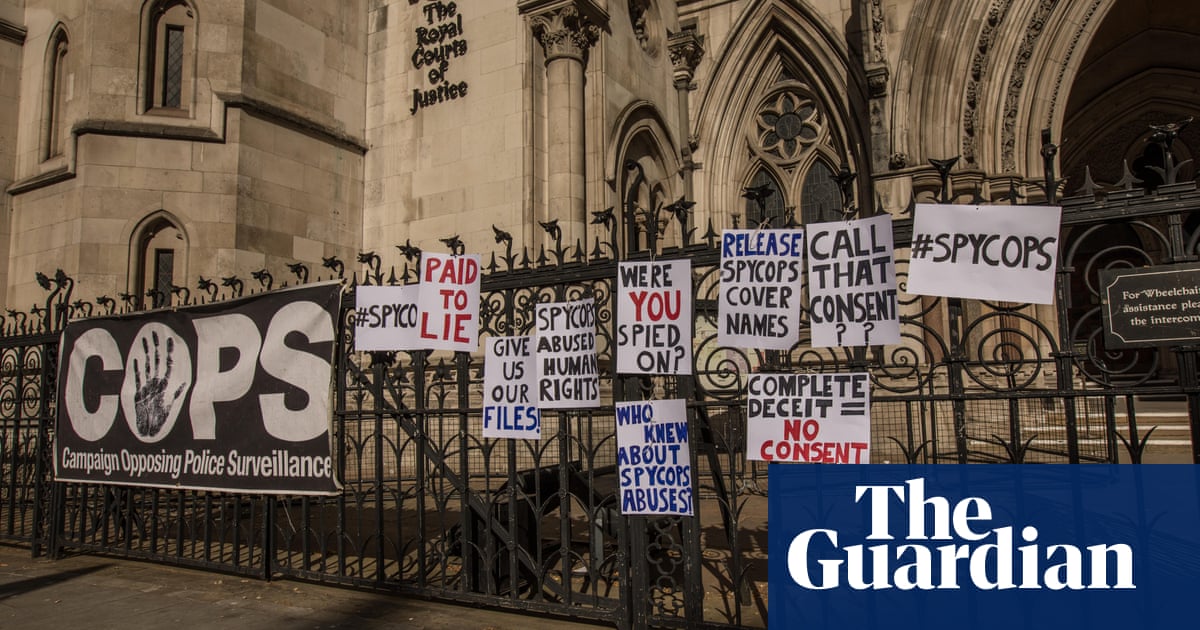 The police spy, who used the fake name Sandra when she infiltrated a branch of the Women’s Liberation Front in north London between 1971 and 1973, conceded that her deployment failed to uncover any useful intelligence.

One of the meetings she spied on was only attended by two activists. Appearing before the inquiry on Wednesday, the now-retired police officer said: “I could have been doing much more worthwhile things with my time.”

She added that she had a genuine interest in the social issues such as equal pay that the group promoted and had herself been paid less than her male colleagues despite doing the same work.

Her testimony adds to the mounting evidence that the Metropolitan police’s decades-long operation to infiltrate political groups involved an alarming intrusion into the political activities of mostly leftwing activists from its inception.

The inquiry is scrutinising how police used at least 139 undercover officers to spy on more than 1,000 political groups over more than 40 years. The opening phase of evidence related to the early years of the operation, which began in 1968.

On Wednesday, Sandra, now in her 70s, gave evidence about her deployment nearly 50 years ago. Sir John Mitting, the judge leading the inquiry, permitted her real name to be kept secret after she argued that publishing it would “lead to unwelcome media attention and, perhaps, to damage to her reputation amongst her wider social circle”.

Victims of the surveillance have criticised Mitting for his willingness to allow former undercover officers to give evidence anonymously and also for preventing live broadcasts of witness testimony, which is routine in public inquiries.

Instead a rolling transcript of their evidence is published on the inquiry’s website. On Wednesday, women who were deceived into intimate relationships by the undercover officers arranged for the actor Maxine Peake to read out the transcript of Sandra’s evidence, making it more accessible to the public.

In 1971, she was sent to infiltrate the north London branch of the Women’s Liberation Front after it had come to attention of the SDS “through its links with the Revolutionary Marxist-Leninist League”.

“Women’s liberation was viewed as a worrying trend at the time,” she said. “There was a very different view towards the women’s movement then as compared to today.”

During this time, she regularly submitted reports to her supervisors about the group, documenting details of a possible affair between two activists, plans to bake cakes to raise money, film showings and a campaigner’s holiday to Albania. She also compiled a detailed report on a protest march organised by hundreds of children in 1972 to improve their schools.

One meeting that concerned the possibility of setting up a national movement of socialist women was attended by just two people. Under questioning by Kate Wilkinson, a barrister for the inquiry, Sandra said she saw no subversive, disruptive, unlawful or violent behaviour among her targets.

She also infiltrated women’s rights conferences across the country, recording their debates. She reported that attendees of one such meeting in Guildford, Surrey, in June 1972 were “a group of fairly moderate women with no particular political motivation who have recently been campaigning for nurseries in the Guildford area”.

In November 1972, Sandra attended the National Women’s Liberation Conference in London. She reported to her superiors: “Lesbian friends in particular made exaggerated and noisy displays of affection openly kissing and hugging each other. These displays were commonplace throughout the conference and it was not unusual to see two girls entwined in a corner. That little notice was taken by the majority of women present indicated the prevailing liberal attitude.”

Sandra told the inquiry she did not think her work had “really yielded any good intelligence” although her deployment helped her superiors conclude that the Women’s Liberation Front did not pose any threat to public order.