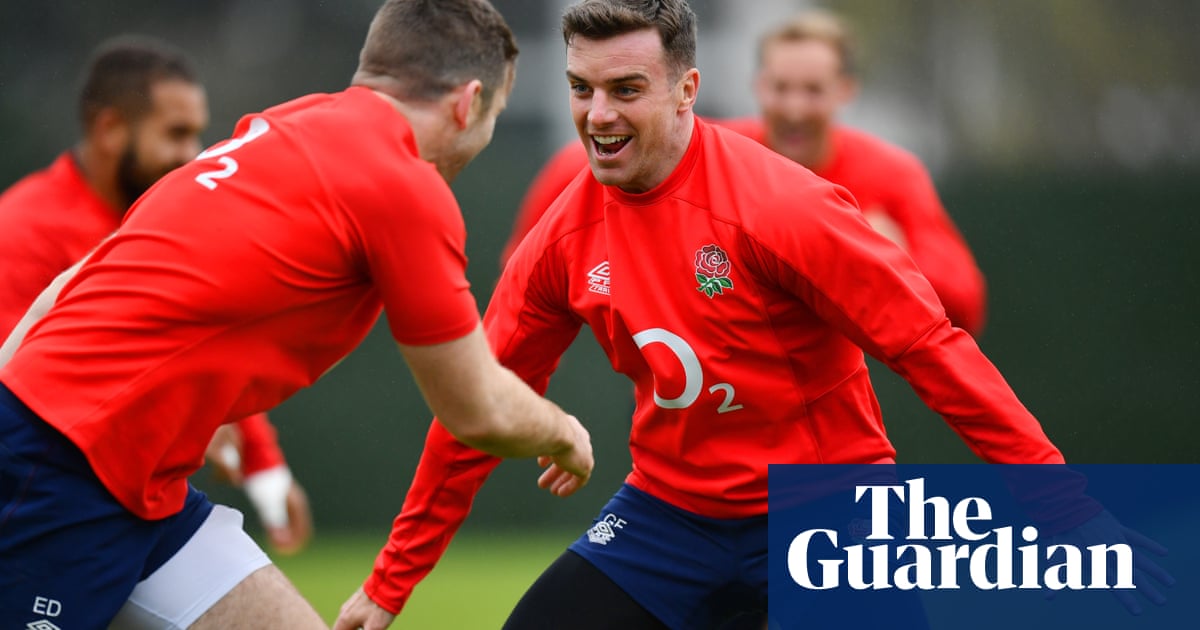 George Ford believes England will showcase their full array of attacking threats in Saturday’s Autumn Nations Cup fixture against Ireland, having declared himself fit and ready to return.

Ford has missed England’s victories over Italy and Georgia this autumn with an achilles injury but has spent an hour a day in an oxygen chamber to accelerate his recovery and is expected to feature at Twickenham.

Premiership’s swift return should benefit Exeter and others in form

In his absence, England have scored 11 tries but in both matches the attack has fired only in glimpses. Ford, however, has also been picking the brains of Eddie Jones’s new skills coach, Jason Ryles – who helped Melbourne Storm to the NRL title last month – during his rehabilitation, to help apply some polish.

“I’ve had three and a half weeks of rehab now and [my achilles] is feeling as good as it has ever done, so I’m really happy to be on the right track with it,” said Ford, who had featured in 53 of Jones’s 54 matchday squads before his achilles injury struck. “I feel great. It’s the best it’s felt on the field, running around in training, not being aware of it.

“We hadn’t played together for a while before that Italy game, so it’s about getting back our understanding, our communication and our relationships between each other which is growing every day in terms of the attack, getting back to where we know it can be and even better. That’s what we’re hoping this week.

“Jason has had a massive impact for first receivers, ball players and playmakers but also in our general attacking on the edges, how we can execute better and play a bit straighter to preserve the space on the outside. There are just little tips that the league boys practise day in and day out but are really valuable for us.”

Jones names his side to face Ireland on Thursday, with Ford either set to return at fly-half or provide cover from the bench for a contest the head coach has described as “a massive step-up” on England’s two matches so far. Five Harlequins players have been invited to train with his 25-man squad to allow for 15 v 15 match practice.

England have won their last three matches against Ireland and can move into pole position for the Autumn Nations Cup final with a fourth. For each of the three previous victories, Manu Tuilagi played a significant role but while he misses out through injury, their opponents have problems of their own with Johnny Sexton ruled out. Ross Byrne has been selected for only a second Test start with the head coach, Andy Farrell, sticking with Jamison Gibson-Park at scrum-half rather than recalling Conor Murray.

CJ Stander, meanwhile, returns to the side, and has responded to claims from South Africa’s World Cup-winning coach, Rassie Erasmus, that Ireland are “softies”. Erasmus made the claim in a documentary when assessing Wales, South Africa’s semi-final opponents in Japan. “They are not softies, they’re not like Ireland,” he said. Stander, who was born in South Africa, countered: “It’s a bit of a challenge because if that is his view and that’s what he believes then I would like to, not really prove him wrong, but I’d like to show him what we can do. That is a big statement to make and he put it out there, that’s his prerogative, that’s his thought of us.”