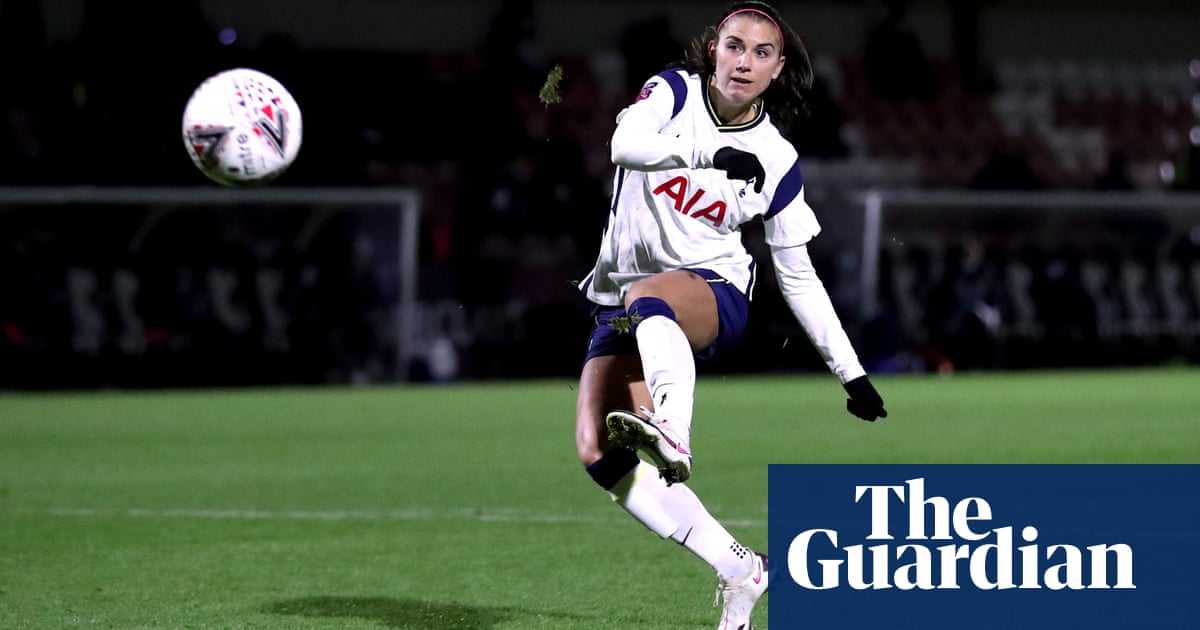 Arsenal’s chances of a sixth Continental Cup trophy were crushed after a 2-2 draw then penalty victory over rivals Tottenham left Joe Montemurro’s side with no hope of a group stage best runner-up spot to progress to the quarter-finals.

The World Cup winning striker Alex Morgan missed a penalty in the shootout for Spurs in the Group B encounter having come on at half-time. The Gunners twice took the lead through Vivianne Miedema and Caitlin Foord in normal time but two assists from Siri Worm, first for Ria Percival and then Shelina Zadorsky ensured the match went to penalties. In the Continental Cup, teams win three points for a win, two points for a draw and penalty victory, and one point for a draw and penalty defeat.

As Group E has only three teams in it, rather than four, to determine the two best second-placed teams the results against the fourth-placed teams in each of the other groups are discounted, ruling out Arsenal’s victory over London City.

Everton midfielder Izzy Christiansen sent a message to Phil Neville by scoring the winner in the Merseyside derby after being left out of the latest England squad. However, Everton will need a result in their postponed match against Manchester United to be in with a chance of progressing.

Elsewhere, a header from captain Natasta Harding and a close-range strike from Amalie Eikeland earned Reading a 2-0 win at Brighton but they will not progress from Group D, which has been topped by West Ham. The Hammers beat Charlton 4-0 with Leanne Kiernan scoring two to help them leapfrog the Royals.

Bristol City beat Lewes 3-1 thanks to a 25-yard strike from Jemma Purfield, a goal from midfielder Emma Bissell and a curling effort from Ebony Salmon to clinch top spot in Group F.