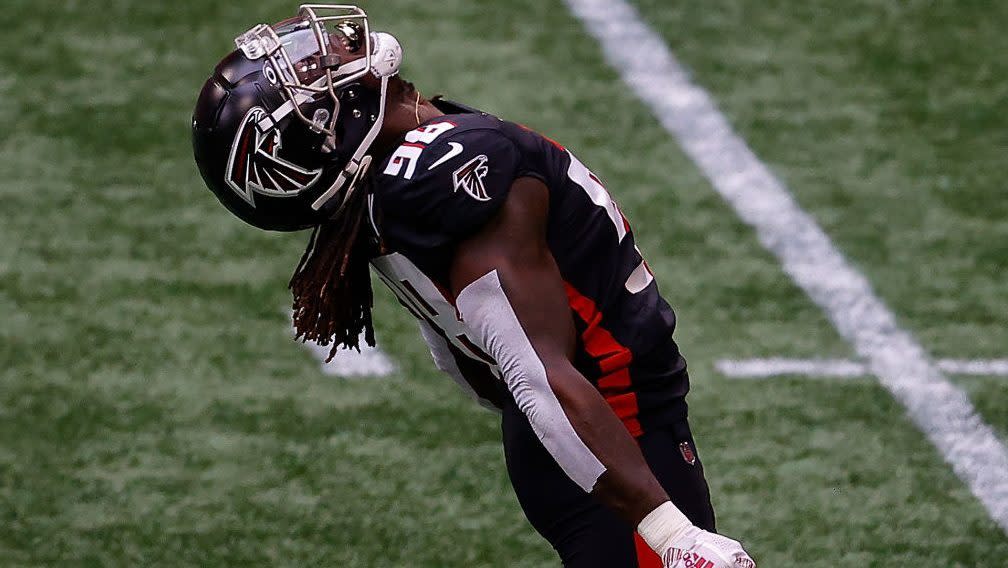 49ers head coach Kyle Shanahan didn’t play coy about the team’s hopes of landing defensive end Takk McKinley via waivers on Tuesday and his transparency didn’t wind up costing the team a shot at adding the 2017 first-round pick.

According to multiple reports, the 49ers have been awarded McKinley on Wednesday. Shanahan confirmed that the team tried to claim him when Atlanta put him on waivers last week and that they planned to do the same after the Bengals cut McKinley after a failed physical.

McKinley was sidelined by a groin injury during his final days with the Falcons and has not played since Week 7. He was hoping for a trade before the November 3 deadline and wound up being fined by the team after making critical comments about their failure to deal him.

McKinley has eight tackles, seven quarterback hits, and a sack in four games this season.