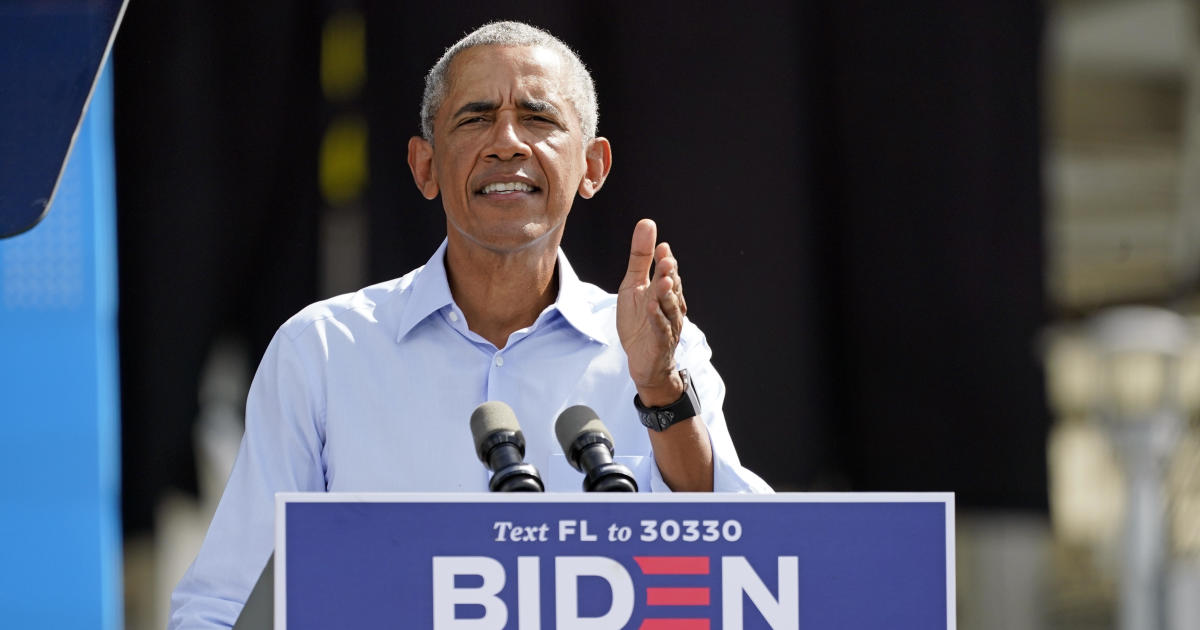 Democratic presidential nominee Joe Biden is appearing with his former boss, former President Barack Obama, in two drive-in rallies in Michigan on Saturday as his campaign makes its final appeal to Black voters ahead of Election Day. This marks the first time Obama and Biden are campaigning together in the 2020 election.

Biden and Mr. Obama will appear together at a rally in Flint in the early afternoon, followed by an event in Detroit later in the day. Musician Stevie Wonder will perform at the event in Detroit.

Biden will need to perform well in these predominantly Black areas if he is to win Michigan, four years after Mr. Trump narrowly carried the state.

How to watch Biden and Obama rally in Michigan

In 2016, the counties that include Flint and Detroit saw a significant drop in turnout, MI Live reported. The overall Black voter turnout that year decreased for the first time in 20 years, according to the Pew Research Center.