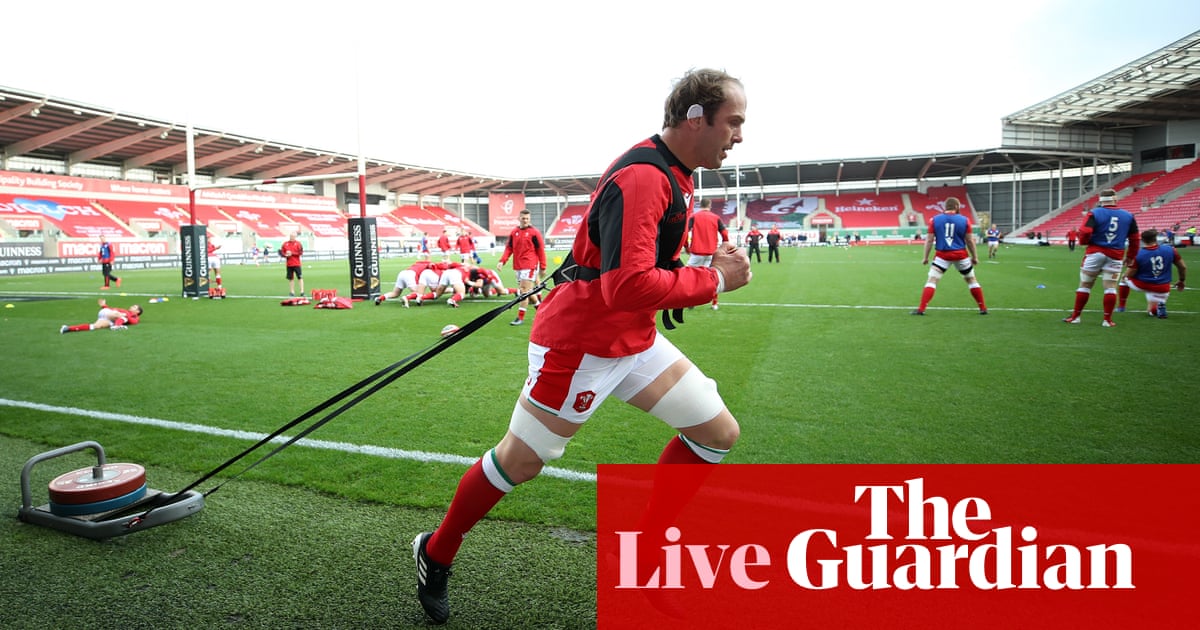 There’s a sense of unease at the Pivac evolution in Wales. Here’s what our man Paul Rees makes of the quandary the new coach finds himself in

What are your plans this Super Saturday?

On the couch with so little activity that your tv threatens to turn itself off a few hours in? Working? Shaking your fist at the sky and shouting “why, why, why?” about all thats going on?

Whatever they may, and whatever else is on you mind, by all means email them to me or tweet @Bloodandmud if you prefer.

The game in Wales and further afield lost one if its great names this week. Have a read of our obituary of Lions and Wales winger, JJ Williams.

The team news in the run up has been dominated by Alun Wyn Jones’s 149th appearance that sees him become the most capped international player ever. He has now turned out in 19% of every Wales test ever played and did the full 80 for most of them. Amazing stuff.

Joining the record-breaking captain in the second row is Will Rowlands of Wasps, whose part in the English club’s post-lockdown renaissance puts him in a starting berth for his country with Cory Hill moved to the bench. Elsewhere in the pack, Cardiff’s Shane Lewis-Hughes is handed a debut at blindside displacing last year’s bright young thing, Aaron Wainwright, who is out of the squad altogether.

Jonathan Davies and Owen Watkin form the centre partnership as Dragon Nick Tompkins loses his starting place. There was much wrong with Wales’s defence vs France, but Tompkins was noticeably susceptible to flying out of the line or over-committing, both of which left gaping holes for France to dance through. Given this has been an issue throughout his burgeoning international career Pivac appears to have seen this as the final straw; at least for now. However, the former Saracen’s ability to step with the ball and desire to take on risk in attack should see him bring plenty of impact off the bench.

For Scotland, Gregor Townsend and Finn Russell have cleared the air – perhaps not over a drink – and the Racing 92 imagineer is back in the ten shirt to partner Ali Price. Perhaps the more interesting partnership however is the creative one he could forge at 10-12 with James Lang. It’s often said that Russell needs a minder to curb his more troublesome risky instincts and Lang, with his skillset and decision making, could be just that.

Off the bench the men in Blue have plenty of craft from Adam Hastings and some power and no small amount of skill from recently qualified winger Duhan van der Merwe.

Welcome everyone to our our coverage of Wales vs Scotland from Parc y Scarlets.

It’s Super Saturday, that final day of the Six Nations that sees all three games played back to back. It could be quite the ride today with three sides in with a shout of winning the whole thing and Scotland also have the potential to finish second if other results go their way.

For this to happen, we would need a Saturday so Super that you could put it in a lycra costume and inexplicably reboot the same film about it four times in twenty years. But even without such Super-ness we should be in for a good one as the fate of the Championship crescendos at France vs Ireland; the final game of this long day.

But what about this match?

Well, Scotland have never won a Six Nations game at Millennium/Principality Stadium and so they will hope the switch to Parc y Scarlets in Llanelli is good portent for a favourable result to move them up the table.

Wales, and Wayne Pivac in particular, will not fancy his first season in charge ending with a fifth place finish – the de facto Wooden Spoon given how pitiful Italy continue to be. From No. 1 in the World to crappest elite international team in Europe in 12 months is not good for his CV or the soul of his countryfolk. They will have to improve mightily from the hammering they took in Paris last weekend where they looked disjointed in attack and like they’d never spoken about defence patterns as a concept, never mind decided which one they were using.

More than anything though, as an objective observer, it’s belting to have a full day of international rugby back.