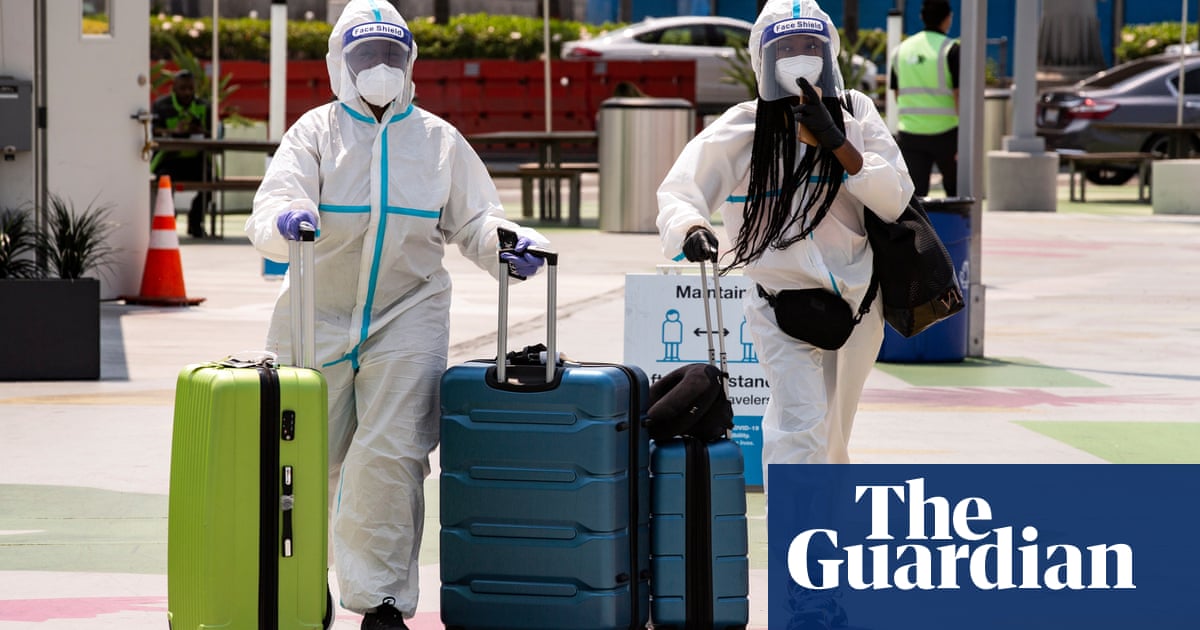 The US has set a world record for coronavirus cases in 24 hours, according to one count, with just over 100,000 new infections recorded.

The news comes three days before the presidential election, and as Donald Trump continues to stage large-scale events at which Covid mitigation measures such as mask-wearing and social distancing are not enforced. The president himself, the first lady, senior aides and Republican leaders contracted the virus after attending such events.

Trump, who spent time in hospital, has insisted the US is “rounding the corner” in the fight to contain the pandemic. This week his oldest son, Donald Trump Jr, a key campaign surrogate, said deaths from Covid-19 were “almost nothing”.

According to Johns Hopkins University – which counted nearly 99,000 US cases on Friday – nearly 230,000 of more than 9m US cases of Covid-19 have resulted in death.

The president and his campaign have sought to present a contrast to Democratic challenger Joe Biden’s promise to implement another lockdown if necessary.

On Saturday, Biden said in a statement: “President Trump still has no plan to address Covid-19. He quit on you, on your family, on America. He just wants us to grow numb to the horrors of the death toll and the pain. We cannot afford another four years of his failed leadership.”

On Friday, scientists at Stanford University released a study which said 18 recent Trump rallies produced more than 30,000 confirmed cases of Covid-19 and “likely led to more than 700 deaths”.

The authors set out to “investigate the effects of large group meetings on the spread of Covid-19 by studying the impact of 18 Trump campaign rallies” over “up to 10 post-rally weeks for each event”.

“Our estimate of the average treatment effect across the 18 events,” they wrote, “implies that they increased subsequent confirmed cases of Covid-19 by more than 250 per 100,000 residents.

“Extrapolating this figure to the entire sample, we conclude that these 18 rallies ultimately resulted in more than 30,000 incremental confirmed cases of Covid-19. Applying county-specific post-event death rates, we conclude that the rallies likely led to more than 700 deaths (not necessarily among attendees)”.

The US has exceeded its previous single-day record, of 77,299 cases registered in July, five times in the past 10 days. The number of daily infections reported in the last two days suggests the country is reporting more than one new case every second.

Despite the overall figure, the US has a rate of about 28,100 cases per million people, which places it about 14th in the world for prevalence.