Nancy Goroff will be the first female research scientist to serve in the US Congress if she is elected this November. The Democratic candidate is running for one of Long Island’s seats in the House of Representatives against incumbent Republican, Lee Zeldin, an ardent President Trump supporter who has described her as a “radical professor”. Facing a tight race with issues such as the coronavirus pandemic and climate change looming large, Goroff, a professor of chemistry at the State University of New York at Stony Brook, is stressing her science credentials.

You’ve worked at Stony Brook University for more than two decades developing new organic molecules for solar cells and eco-friendly lighting in your lab. What made you decide to run for Congress?
I decided in late 2018, when the issues top of mind were climate change, the environment and healthcare. It came from being frustrated and infuriated with the denigration of science and expertise by the Trump administration. I’ve always advocated causes that I believe in – I sit on the Union of Concerned Scientist’s National Advisory Board – but it just didn’t seem like enough any more. I couldn’t stand by.

Given the pandemic and climate emergency, is this election a referendum on whether politicians should listen to scientific advice?
It seems to be. We hear from voters that they’re frustrated with politicians for not paying attention to the science and leading us to where we are now. Biden has said he is going to be a big proponent of science.

We need to use facts to guide us through the coronavirus pandemic. The head of the Centers for Disease Control and Prevention (CDC) testified recently that the most important thing we can do to get ahead of the pandemic – more important than a vaccine – is to have everyone wear masks. That didn’t fit Trump’s narrative, so he said the CDC director misspoke. Rather than contradicting the CDC, he should be amplifying its message. That [Trump] won’t wear a mask and denigrates people for wearing masks is just unconscionable to me.

What would the fallout for science be if Trump was re-elected?
There would be a lot of pain and suffering. The pandemic will last much longer. I also worry about a continued lack of action on climate change, lack of concern about providing healthcare to people and the further undermining of experts in every government agency. People have been pushed out and there is a huge amount of work to do to rebuild that expertise.

You’re not specifically supporting the Green New Deal, the progressive environmental package introduced last year by two Democrats including New York representative Alexandria Ocasio-Cortez. It sets an aggressive goal of developing a carbon neutral economy in 10 years. If elected, what would you do instead?
There are many different versions of the Green New Deal. If I say I’m for the Green New Deal, the Republicans will decide that I’m for the most extreme version. I am for the US aiming to be carbon neutral in our energy production by 2035 and carbon neutral overall, including all sources, as soon after as we can. To achieve that we need to deploy the renewable energy technologies we have as quickly as possible and invest in research to develop new ones.

I want to make sure Covid-19 stimulus spending is focused on investment in clean energy infrastructure. That will bring jobs and move us closer to a carbon neutral future. Then – I’m a scientist, I am well versed in the data – I want my office to be a resource for every member of Congress on scientific questions.

You are backed by 314 Action, a Democratic committee whose mission is to get scientists elected to public office. Why do we need more scientists in Congress and does gender matter?
We need more scientists, regardless of gender. We have a lot of lawyers and business people and that’s fine, but you want people from diverse backgrounds when you are trying to make complicated policy decisions. So many of our big challenges as a country have a scientific or technical component. There is only one research scientist in Congress now [Bill Foster, a Democratic physicist from Illinois]. As a woman in science, I know what it means to be an underrepresented group and I think that will be helpful for making sure my constituents get their voices amplified. 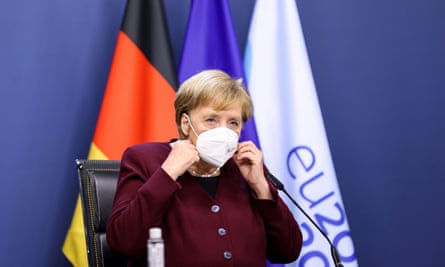 There seems to be a trend towards manipulating science for political gain. Do the Democrats banging the drum for science during the pandemic, and you and others running for office on the back of your scientific credentials, heighten that?
There is political benefit to Democrats in emphasising science. But I don’t fault them for that. The world, Americans, voters can see that we have leaders who ignored the science, and we all are paying the price for it. And anytime somebody runs for office, they’re running on the basis of who they are and what experiences they bring to the table. I think my experiences are particularly useful ones that will help us come to better policy.

We do need to have our two major political parties again be willing to accept facts and scientific results. I never thought we would get to a place where we would have our president politicising basic public health advisories.

Science evolves and advice can change. For example, face masks weren’t recommended by authorities at the beginning of the pandemic. How do we deal with that in a world where people want certainty from science?
Science is fixable. The results can be tested and retested and, over time, those results get refined to be more accurate. I think the important thing is for scientists not to overstate certainty. But when there are clear lines of evidence, we should be spreading that information as much as possible. There was a time when the science on Covid-19 was less well known. But that was months ago and cannot be used now as an excuse by the Trump administration for ignoring established public health information.

Countries with either a woman or a scientist in charge – or both in the case of Germany, where Chancellor Angela Merkel has a PhD in quantum chemistry – seem to have fared better with Covid-19. Is there a link?
Correlation doesn’t indicate causation. Merkel demonstrated she was willing to look at all the facts and the information, analyse them and come up with policies that match. She is by no means the only leader to do that and I don’t think that one has to be a scientist in order to take into account scientific information. But I do think her facility for looking at data helped her come to the right policy quickly, and it was to Germany’s benefit. Unfortunately, we have a very different leader than that.