Mario Puzo’s The Godfather now functions the way fairytales or Bible stories do. It’s become a fundamental narrative deeply embedded in the collective psyche, regularly adapted and reworked for radically different settings. Stripped to its essentials, this is a story of unwanted succession, of an heir to the throne who yearns to escape his destiny. “What Michael wanted was out, out of all this, to lead his own life,” Puzo writes. Watch the first season of The Crown and you soon realise that it is The Godfathernarrative that is unfolding before you, with a young Elizabeth cast as the reluctant heir who, like Michael Corleone, “couldn’t cut loose from the family until the crisis was over”. Michael, son of mafia boss Don Corleone, is the archetypal prince who cannot be free, and is eventually transformed and hardened by his duty.

But The Godfather also exists as a template beyond the realm of art. Anyone who has worked in politics will testify that the story is a set text for candidates, their advisers and those who watch them. It is revered for teaching timeless and universal lessons about power and authority, when to assert it and when to show restraint. Many is the fast-talking aide – whether in Westminster or Washington – who will identify a weak link in the campaign team or around the cabinet table as Fredo, the middle Corleone son, or an emerging threat who must be dealt with as Moe Greene. I know of one UK politician who instructs all new staffers in the example of Amerigo Bonasera, the undertaker who opens the novel: the moral of his story is that the right favour to ask of someone is the favour that they can do and do well. 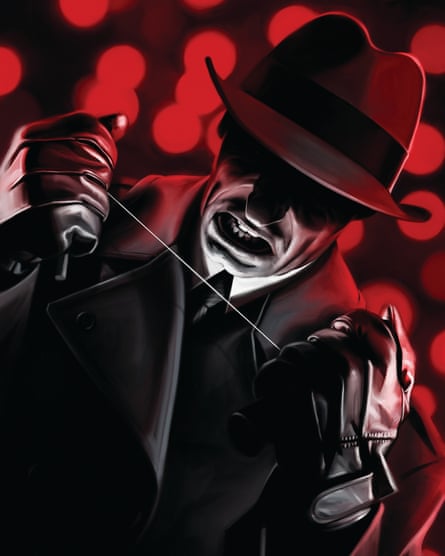 This use of The Godfather as a political manual reached its zenith in 2009, when two US foreign policy analysts published a short book called The Godfather Doctrine. Writing at the end of the turbulent first decade of the 21st century, dominated by the “war on terror” and the conflicts in Iraq and Afghanistan, John C Hulsman and A Wess Mitchell argued that the US after 9/11 faced a choice analogous to the one that confronts the Corleone family following the shooting of the Don, its power among the rival crime dynasties waning in a new and dangerous world. One camp, the authors explain, are liberal institutionalists, who follow the lead of adoptive brother Tom Hagen: they believe the old order still holds and that negotiation is the answer. Opposite them stand the hawks of neoconservatism who, like the eldest son, Sonny Corleone, believe that a massive show of force is the only way to retain top spot in the new landscape. Finally, there are the realists who, just like Michael, understand that it is only the combination of strength, judiciously deployed, and patient diplomacy that will bring lasting security. You don’t have to buy the analogy to agree that it’s a rare kind of bestseller that can spawn a foreign policy monograph some four decades after publication.

If we’re honest, we’ll admit that much of this enduring interest is attached to the film rather than the book. Indeed, Hulsman and Mitchell refer to “Coppola’s epic story”, making not so much as a mention of Puzo, and that lapse is common. Many of those devotees of The Godfather – those who know their Al Neris from their Paulie Gattos – will never have even read the novel. Which leaves a question. If it’s clear thatThe Godfather of Marlon Brando and Al Pacino is a work for the ages, what of The Godfather of ink and page? How does it stand up, half a century later?

There are flaws, including one that might not have seemed exceptional when the book was first published in 1969. It contains a jaw-dropping level of misogyny. No woman on these pages fully makes it into three dimensions: they are starlets or mamas, a mute sex-kitten or a besotted, endlessly forgiving bride.

Nowhere is this male vantage point more apparent than in the frankly weird detour the story takes to detail the gynaecological “defect” of Sonny’s former lover, Lucy Mancini. Plenty of readers will wince as Lucy’s doctor boyfriend and her surgeon confer before a corrective procedure about what new shape will give him, rather than her, most pleasure.

There are some similar jolts to contemporary sensibilities on race. But if such defects are tolerable, it’s partly because of the quality identified by those foreign policy scholars: the novel is unmistakably an epic. It is divided into nine “Books” within the book, a feature of blockbuster fiction of that period, but in this case the form seems deserved. For The Godfather is storytelling on a grand scale: it’s a tale that spans half a century and moves from Sicily to New York and back again, with detours to Hollywood and Las Vegas. It is an epic cycle.

Part of the heft comes from a decision allowed to Puzo but off-limits to Coppola. The author can provide a backstory for an entire ensemble of characters, not just the inner circle that dominates the film. Even Captain McCluskey, the corrupt NYPD cop who punches out Michael’s teeth and later pays a heavy price, is allowed his own upbringing, revealed as the son and grandson of police officers who had raised him to see corruption as part of the natural order. The Godfather reads like a voyage around the underworld with Puzo acting as our Virgil. 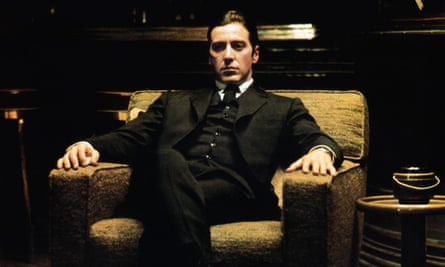 The novel also functions as a classic of another genre: the immigrant story. Vito is the new arrival who works around the clock to establish himself in his new land, getting his hands dirty, while his more privileged and better educated son longs to succeed like a native. Michael’s dreams are of assimilation. He marries a willowy Wasp beauty, her family rooted in the New England of the Mayflower. He wears the uniform of the US army. He is adamant that “his children would grow in a different world. They would be doctors, artists, scientists. Governors. Presidents. Anything at all.”

Naturally, these aspirations collide with the insistence on tradition that animates the founding generation. Don Corleone, his wife and their peers live in America, but they are not of it. They still regard themselves as Italian. To see their children become absorbed by the new country brings pangs of loss for the old. Because they are a crime family, this nostalgia and respect for custom expresses itself in unconventional ways. Witness Peter Clemenza, who trains Sonny in combat. “Sonny had no taste for the Italian rope, he was too Americanised. He preferred the simple, direct, impersonal Anglo-Saxon gun, which saddened Clemenza.” There speaks the universal voice of the immigrant generation, worried that the old ways will be forgotten.

And yet that is far from the only twist on the conventional immigrant tale. In American popular culture especially, the role of the immigrant is to love and revel in his new country, but Don Corleone refuses to follow that script. On the contrary, he has no respect for America and actively disdains it. In one striking passage, Puzo tells us that Corleone profited from the war against Hitler as a black marketeer, that he helped young men dodge the draft by taking drugs before their army medical examinations, ensuring they would be deemed unfit for service, and that he was both astonished and furious to learn that men under his protective wing were volunteering to serve their country in uniform.

It must have taken a certain courage for Puzo, himself the son of Italian immigrants, to show his community in such a light, so far removed from the archetype of the grateful arrival, crossing his heart at the sight of the Statue of Liberty. True, the sins of the father are perhaps atoned for by the son; Michael joins the war effort just as Puzo did. You can also make a case for the Corleones as the embodiment of American values, if not the American dream: they make a fortune through hard work, determination and industry, and they always put family first. 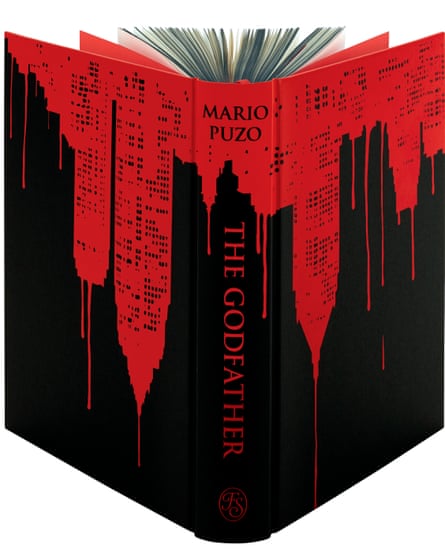 In part it’s this which helps make The Godfather such an unusual and accomplished novel. The reader comes to believe in a moral realm in which a mafia boss who has taken many lives is simultaneously a highly moral man. That tension ensures The Godfather is much more than a page-turning blockbuster, though it has many of that genre’s virtues. It is a novel of unexpected nuance, a classic fable of 20th-century America, of fathers and sons, of lust, riches and ambition that will be read for as long as people are fascinated by family and power. Which is to say, for ever.

• The new Folio Society edition of Mario Puzo’s The Godfather, illustrated by Robert Carter, is available at foliosociety.com/godfather.