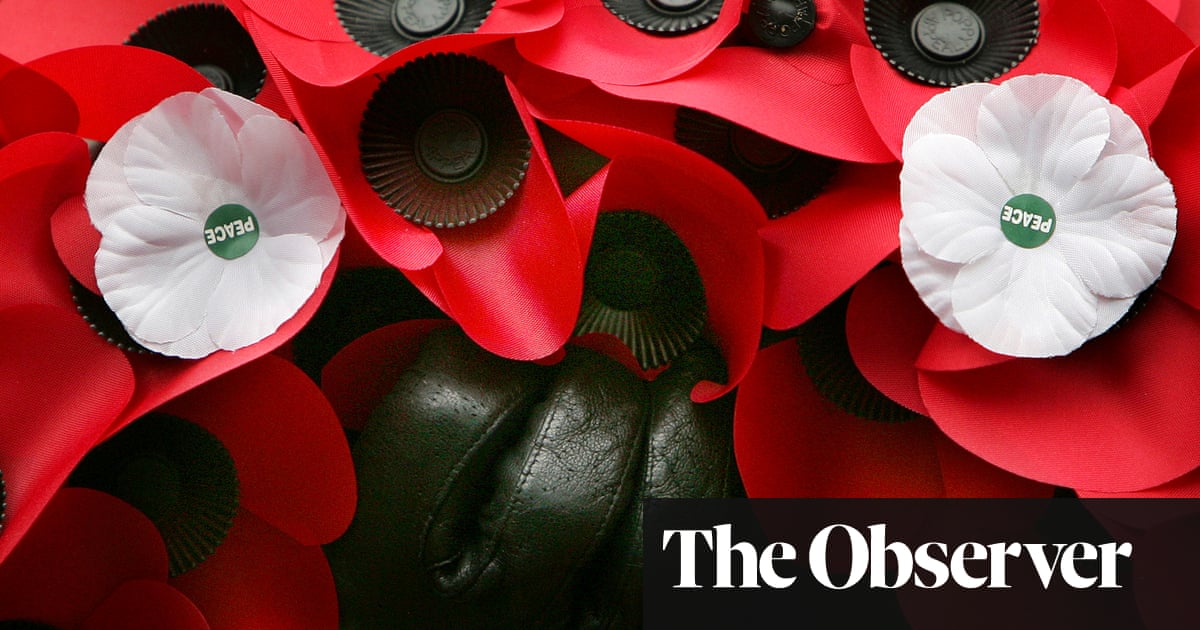 The wearing of commemorative poppies on BBC television channels has been newly weaponised this weekend in the wake of director general Tim Davie’s guidance on avoiding “virtue signalling” and political bias, both on and off air.

His wider advice to refrain from campaigning, and even from the use of emojis, has already prompted ridicule from broadcasters including Huw Edwards, who responded by posting a series of Welsh emojis, Mark Mardell, who left his job after 30 years at the BBC on Thursday promising on air to tweet a weeping emoji, and by the Radio 5 Live presenter Nihal Arthanayake who tweeted: “Looks like I won’t be calling racists rude words any more.”

News executives and presenters have now publicly queried whether pinning on a red or white poppy also counts as the expression of a personal view. A BBC spokesperson told the Observer that the corporation has a “historic partnership” with the Royal British Legion, which raises tens of millions of pounds for the support of servicemen and women who require assistance, and that is why they are sold on BBC sites and worn on-screen.

“This year the BBC has suggested poppies may be worn on screen, by those who wish to do so, from Saturday 31 October until Wednesday 11 November,” the spokesperson said.

Yet campaigners who oppose red poppies as outdated symbols that honour the legacy of violent conflicts are also on the warpath. If Davie’s new guidelines on impartiality attempt to steer news and current affairs staff away from making their views public, some have complained, why are red poppies excluded? And will white poppies, made by the Peace Pledge Union and symbolising support for pacifism, or black poppies, indicating support for lost African and Caribbean lives, also be allowed on screen? The issue often becomes politically charged. Last year, the Conservative MP Johnny Mercer described wearing a white poppy as “attention seeking rubbish”.

“Wearing poppies is an act of remembrance, and remembrance poppies can be of many colours,” the BBC spokesperson said. “But we have no objection to poppies of any colour provided they embrace the simple act of remembrance and do not carry a political or campaigning or commercial message.”

Davie has faced criticism for using the phrase “virtue signalling”, which was first used in an article in the Spectator in 2015. Ironically, the fiercest criticism has come from the Spectator’s own literary editor, Sam Leith, who accused Davie of using “a fatuous culture-wars catchphrase”.

“The term ‘virtue signalling’ is not an argument but a sneer,” wrote Leith. “When you say somebody is ‘virtue signalling’, you’re not bothering to commit yourself to an argument about whether the position they are taking is right or wrong. Rather, you are making a groundless and unfalsifiable presumption about their motive for doing so and using that as the supposed basis to dismiss the whole shebang. It immediately, lazily and arrogantly, frames any assertion of a moral or political principle as an act of narcissism.”