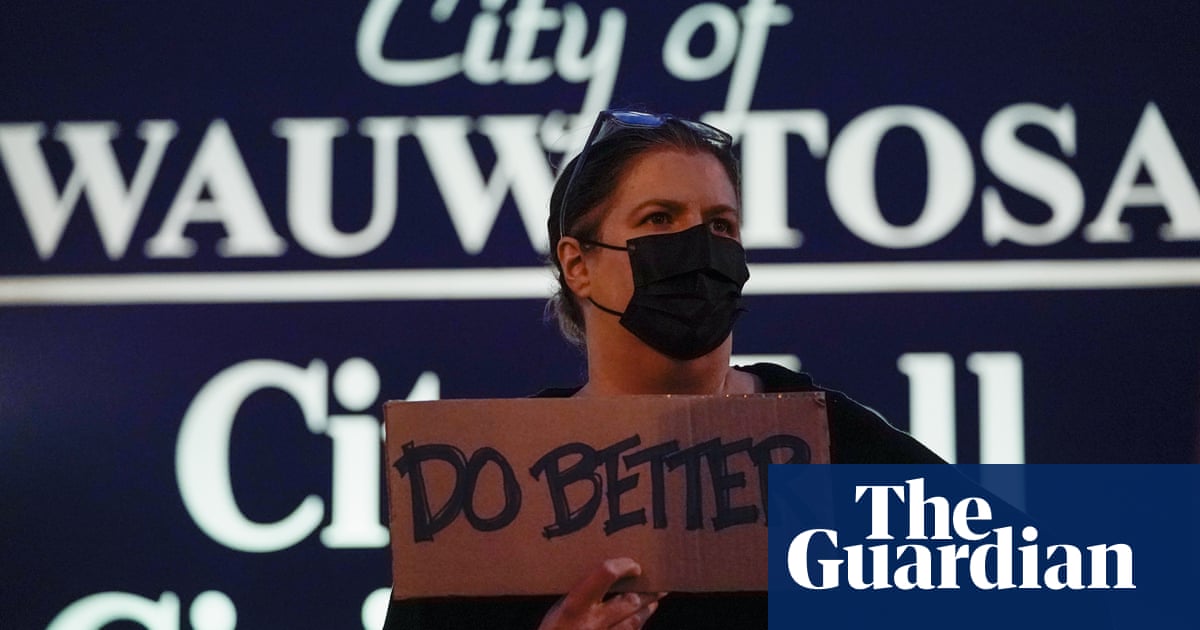 An attorney for a Wisconsin police officer who has shot dead three people since 2015 says his client should not be disciplined or fired simply because officials are worried he might do it again.

Wauwatosa officer Joseph Mensah, who is black, has been cleared of criminal wrongdoing in all three cases.

The most recent shooting took place in February, when Mensah shot an armed teenager during a chase outside a mall. The decision not to charge Mensah sparked several nights of protests in the Milwaukee suburb, some of which turned violent.

The city’s police commission suspended Mensah in July and is expected to decide his fate in November. Former federal prosecutor Steven Biskupic issued a report in early October saying Mensah should be fired because the risk he would kill a fourth person and expose the city to liability was too great. Milwaukee county district attorney John Chisholm, who cleared Mensah in the mall shooting, agreed that Mensah posed a risk.

The officer’s attorney, Jon Cermele, filed documents with the commission on Wednesday arguing that state law doesn’t allow the panel to fire an officer because of what might occur in the future. Terminating him would create an “illogical and artificial rule” that officers can use deadly force a certain number of times, he said.

“In each of the cases identified, Officer Mensah was simply responding to risks he faced,” Cermele wrote.

Biskupic “attempts to sway the board by scare tactics referencing potential financial exposure for a civil rights violation if the board does not remove Officer Mensah. But he fails to explain that a decision to discharge Officer Mensah – based on conduct that may never occur, and without any medical opinion that he is unfit for duty – would violate Officer Mensah’s due process rights and expose the city to the exact same type of monetary exposure.”

The commission is also considering whether Mensah should be disciplined for violating policies that prohibit officers from speaking about ongoing investigations.

Ceremele wrote that when Mensah spoke to the media in July, he didn’t mention the mall shooting and focused instead on how the city was treating him. Mensah also didn’t reveal any information the police department hadn’t already made public and he was not speaking on the department’s behalf, Ceremele wrote.

Kimberley Motley, an attorney representing the families of all three people Mensah killed, argued to the commission the decisions not to charge him criminally did not protect him from termination. She said the panel should conclude Mensah must be fired for the good of the department.

Mensah shot and killed Antonio Gonzales in 2015, after Gonzales refused to drop a sword. A year later he shot and killed Jay Anderson Jr. Mensah found Anderson sitting in a parked car in a park after hours. He said he saw a gun and thought Anderson was reaching for it so he opened fire.

In February, he and other officers chased down 17-year-old Alvin Cole outside Mayfair Mall following reports the teenager had been brandishing a gun. According to Chisholm’s decision not to charge Mensah, Cole fired the gun during the chase, striking himself in the arm, and refused to drop it as officers surrounded him, prompting Mensah to fire. Chisholm wrote in a report that there was enough evidence to show Mensah reasonably believed deadly force was necessary.

The teenager’s death sparked protests all summer, part of nationwide demonstrations over the deaths of black people in interactions with police. Chisholm’s decision not to charge Mensah reignited demonstrations that lasted nearly a week.

Demonstrators broke windows, looted at least one business and threw bottles and rocks at officers. Police responded with tear gas and Governor Tony Evers activated the national guard. Cole’s mother and sisters were arrested and accused of driving their vehicles recklessly during one of the protests.