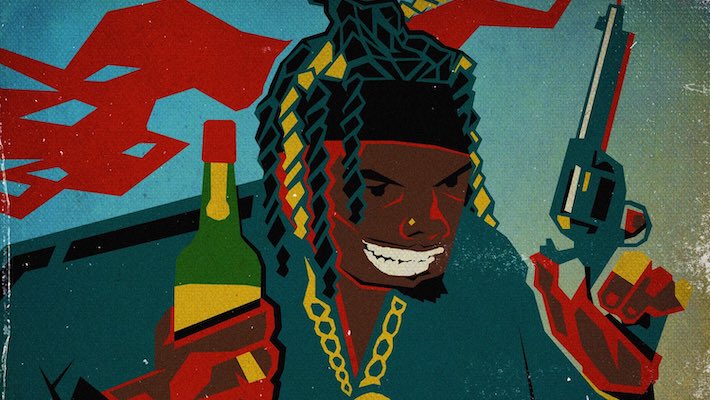 If there’s one thing we’ve learned about Kaytranada, it’s that the Canadian producer can work with a number of artists in a wide range of genres. In just the last year, Kaytranda has shared collaborations with Lucky Daye, GoldLink, Tinashe, Mick Jenkins, Pharrell, and more. Now he’s linked up with JID for their new track, “JIDtranada Freestyle.” It’s their first collaboration, but their chemistry on the new release says otherwise. The song’s relaxed production slowly builds up over the minute-and-a-half duration, as JID gets to work with some lyrical exercise and a bit of singing as well.

Prior to the “JIDtranada Freestyle,” JID released his “Cludder Freestyle,” a track that was his first solo release since 2018’s DiCaprio 2. The Dreamville rapper is currently hard at work on his upcoming third album, but that isn’t to say that he’s been inactive since his sophomore album two years back. JID appeared on a few tracks for Dreamville’s Revenge Of The Dreamers III compilation, including “Down Bad” and “Costa Rica.” More recently, he reunited with his Spillage Village collective for their album Spillagion. On the project, you can find JID on tracks like “Judas,” “Baptize,” and “End Of Daze.”

As for Kaytranada, the Canadian producer is a little over a month away from celebrating the one-year anniversary of his album Bubba. He’s released videos for “Worst In Me,” “Need It,” and “10%.”

You can hear the track in the video above.