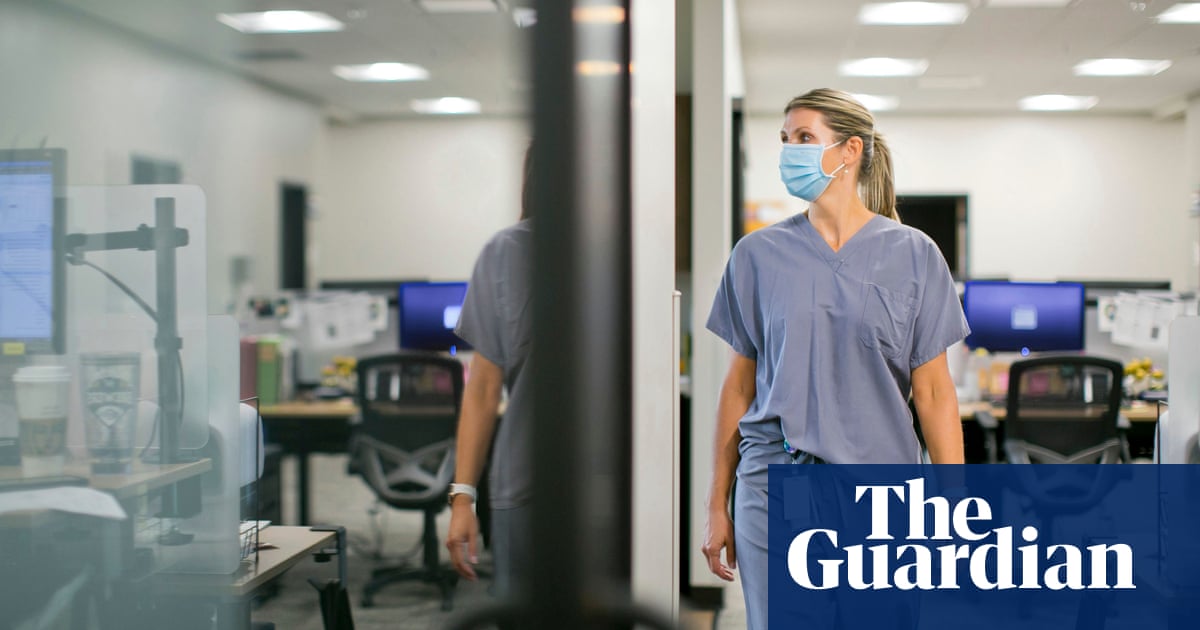 Dr Chris Kapsner intubated his first Covid patient – a 47-year-old man who arrived short of breath at the emergency room in the Twin Cities – back in April.

Now, seven months later, Kapsner, who lives across the border in Wisconsin, is weary and exhausted from the steady stream of patients arriving with a virus that is spreading across this part of the midwest. Hospital beds and PPE are in short supply, and his colleagues are getting sick. “Even if we put up all the field tents in the world, we don’t have the staff for this,” he said.

Kasper believes political disfunction at the state level and a “disastrous” federal response are responsible for Wisconsin’s spike in cases. It’s part of the reason he’s running for office.

Kapsner is one of at least four healthcare workers who are running for Democratic seats in the Wisconsin state assembly, and one of many in his field who are speaking out against Trump and the GOP’s response to Covid.

Wisconsin is in the throes of one of the country’s worst Covid outbreaks. On 27 October, the state reported more than 5,000 new cases and a test-positivity rate of over 27%. Nearly 2,000 people have died, and only the Dakotas are currently reporting more cases per capita.

Despite this, Donald Trump has been holding large rallies across the state – three in the last week alone – where crowds gather by the thousands, often without masks. Another Trump rally is planned for Monday in Kenosha, the site of unrest last summer after Jacob Blake was shot in the back by police. Wisconsin is a crucial swing state in Tuesday’s election; Trump carried the state by just 27,000 votes in 2016 and is currently trailing behind Joe Biden in the polls.

Last week, a group of 20 doctors sent an open letter to Donald Trump asking him to stop holding rallies in the state. On Thursday, the night before Trump was scheduled to appear in Green Bay, hospitals released a joint statement urging locals to avoid large crowds. Earlier this month, the Trump campaign scuttled plans for a rally in La Crosse, in western Wisconsin, after the city’s mayor asked him not to come amid a spike in cases there.

Dr Kristin Lyerly, an Ob/Gyn who practices in Appleton, in eastern Wisconsin, said she struggles to find the right words to describe her anger over the rallies, which have been linked to subsequent coronavirus outbreaks. Last week, at a rally in Waukesha, about 100 miles south of Appleton, Trump falsely accused healthcare workers of inflating the number of Covid cases for financial gain.

“His lies are killing my neighbors,” she said.

Many of us were shocked that our legislature would put us in danger, and make us decide between our vote and our health

Lyerly, who is also running for state assembly, said she spends her days trying to reassure terrified pregnant patients, while fearing that she might contract the virus herself. She and her colleagues are overwhelmed. She keeps her PPE in her car to ensure she never goes without it. “We’ve completely forgotten about the human impact on our healthcare workers. Our healthcare workers are exhausted, they’re burned out and they feel entirely disrespected,” she said.

Lyerly said she decided to run for office in April, after the Republican-controlled state assembly refused to postpone a statewide election, in which the Democratic presidential primary and a key state supreme court seat were on the ballot. The state GOP also stymied efforts to make it easier for Wisconsinites to vote by mail.

“As a physician, I think many of us were shocked that our legislature would put us in danger, and make us decide between our vote and our health,” she said. She’s running in a district that typically leans conservative, but said that her campaign’s latest polls put her within the margin of error of her opponent, an incumbent.

Dr Robert Freedland, an ophthalmologist in south-western Wisconsin and state lead for the Committee to Protect Medicare, signed the letter asking Trump to stop holding rallies in Wisconsin. He wanted to go on the record as having spoken out in the name of public health.

Freedland, who is 65 and has type II diabetes, said he fears for his health when he goes to work.

Dr Jeff Kushner, a cardiologist who also signed the letter, said he hasn’t been able to work since March due to the pandemic. Kushner, 65, has non-Hodgkins lymphoma and is on immunosuppressants. “If I got Covid, I wouldn’t survive,” he said.

Though he follows politics closely, Kushner said he’s not “politically involved” and that he tends to keep his politics to himself and a close inner circle. But he said he doesn’t consider signing the letter to Trump a political act. “It’s a statement of what I believe about our society’s health and not a political statement,” he said. “It wasn’t an anti-Trump letter, we were just saying, ‘Please don’t have these super-spreader events in our state.’”

Kapsner, the emergency room doctor in north-western Wisconsin, said he still speaks with patients and voters who doubt the severity of Covid-19. “My job isn’t to shame them,” he said. “There are many people out here who have had the good fortune of not being personally affected by Covid. Their friends or families haven’t had it yet – I fear their luck is going to run out.”