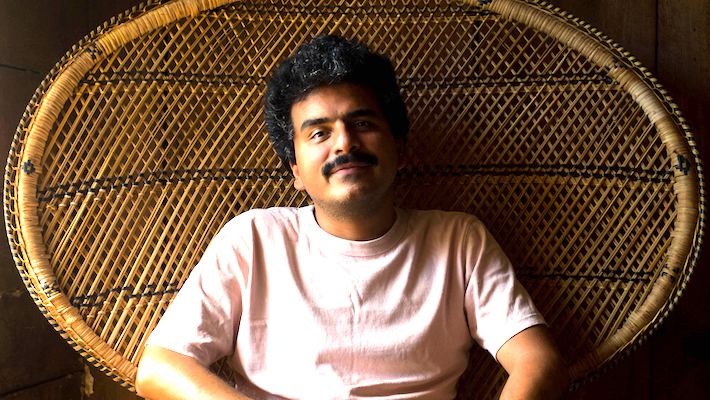 Last year, Helado Negro released his acclaimed record This Is How You Smile. The musician has since signaled the beginning of a new era with the quiet number “I Fell In Love.” Now returning with more music, Helado Negro put his own spin on a rendition of Neil Young’s classic “Lotta Love.”

To lend a hand on the lo-fi single, Helado Negro tapped Jenn Wasner of Wye Oak‘s side project Flock Of Dimes, as well as Devendra Banhardt. Over a watery guitar and soulful piano, the musicians layer their emotive vocals to sing of effectuating change by holding onto love.

In a statement about the cover, Helado Negro said: “I was captivated by the song’s sincerity and wondered how to make a version that compelled you to step closer to the words. I wanted it to be hymnal and spiritual outside of religion. I interpreted the theme of the song to be about protection. How do we protect each other? Creating this version helped me find some sonic respite and hopefully it does the same for others.”

Echoing Helado Negro’s words, Jenn Wasner said: “I was so happy when Roberto asked me to work together again—this song is a favorite, and I’d be hard pressed to think of a moment where it felt more important to return to the sentiment contained here. […] I’m sending all of the love and strength I can, and encouraging everyone to rise to the level of engagement that this moment requires. But pls remember that the love you show yourself—in not pushing yourself past your limits—is essential before you can direct your energy outward.”