The usual routine here is for a former teammate to talk about how good Ferran Torres was, how he made an immediate impact and everyone knew that he was going to be a star from the very first day, especially him. How he came on for his debut and left everyone open-mouthed. Things, though, don’t always turn out as you expect. “I can’t even remember, to be honest,” says one member of the Mestalla side the day the 16-year-old played his first game with them in Spain’s third tier, a 2-0 defeat by Mallorca B in October 2016.

He didn’t stand out, then? “Not with us he didn’t,” the player says, and then starts laughing. “Seemed a nice kid, quiet. Very good in training, I do remember that. To be fair, he wasn’t with us long.” Soon Torres was moving on: fast-tracked into Mestalla, Valencia’s B team, he was moved to the first team quickly too, long identified as the player in an academy with an impressive record of producing players, including Jordi Alba, Isco and the man Torres admired as a kid and whose No 21 shirt he took at Manchester City: David Silva.

“If you look at past trends, we have a lot of players reaching the first team and there are 24, 25 players developed at Valencia playing in the top five leagues around Europe,” says the academy director, Sean Bai. A CIES Football Observatory study showed that only four clubs in Europe’s top five leagues have produced more professional players than Valencia.

It is central to their structure, even more than ever: the talk is of identity and there is an economic imperative as well as a footballing one, a theoretically renewable source of income not just talent. A lifeline, in fact. This summer, five starters left Valencia; not one footballer was signed to replace them, leading the manager, Javi Gracia, to offer to resign. Money was raised on sales and salaries were cut, young players promoted in their place. When Valencia played Huesca this season, six of their starting XI were academy products, despite the absence of Carlos Soler who played with Torres that day at Paterna.

Torres was the most significant of the sales, emotionally as well as economically, City paying €25m plus €12m in variables for a player who goes into Saturday’s game at Sheffield United having scored in each of his past two matches, against Marseille and Porto in the Champions League. “We have to be prepared,” Bai admits. “The emergence of [17-year-old winger] Yunus Musah eased some of the worries of Ferran’s departure. A conveyor belt of talent gives us confidence, otherwise you’re hard-pressed to sign. The academy is an asset, especially in these times of uncertainty. You never know how much you will get in fees but if our academy can produce professionals at other clubs too that’s important. But the reality is we never, ever planned for Ferran’s departure.” 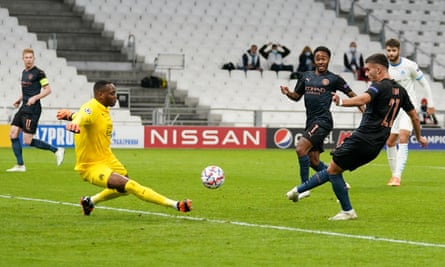 Torres suspected otherwise, he said in an interview just after he left. It shouldn’t have ended the way it did, a sad, lingering feeling that something had broken after so many years, his departure as accelerated as his development. A generational player gone too soon, and like that. Born in the town of Foios, Torres joined Valencia at six. “And, yes, he always stood out, from a very young age,” says Paco Cuenca, now the assistant coach of Valencia’s under-19s who worked with Torres as he progressed. “He was daring, brave. He would take people on, one on one. He was most comfortable on the right, going outside.”

Fast, direct, Torres was different to the rest, even if a growth spurt at 12 left him suddenly feeling as if he could barely kick a ball straight, coordination momentarily gone. His progression was rapid, playing with kids two or three years older. A Spain international from under-17 level, his national team coach Santi Denia described him as “technically complete”, a player who had “everything you need to reach the very top”. The head of academy scouting at the time, José Giménez, saw a change of pace, dribbling, strength and coordination, and had no doubt. “He’ll play in the first division soon,” he said. 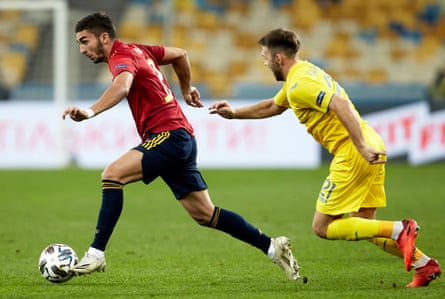 No one had any doubt, a pathway opened for him. When he reached Mestalla, at 16, Torres’s manager was Curro Torres. “The decision was made with the club because he was a player who stood out a lot; it was another step in his development,” Torres says. “He had trained with us for a while without playing and that day we had players missing. That’s not to say that he didn’t deserve to be in the team, just that we were trying to move patiently. You have to go through the stages, although he went through them very fast.

“That game was against Mallorca B, another development team, and so the shift wasn’t so great. He came on, gave us more depth to the attack, took people on. It’s not that he stood out a mile, but he did everything he’d been asked to do perfectly. There were instructions, but really I just told him to enjoy it: he didn’t need to be told anything else.”

Not much happened that day. Mestalla were beaten 2-0. Yet even if some teammates don’t recall much of that afternoon, everyone knew the kid passing through was different, not least because they knew that in advance. “Ferran Torres made his debut,” said the club’s match report, in the opening line.

“Within the club it was known that he was the most likely to make it of all the players in the academy system, although it is also true that at 16 you can keep developing or you can stagnate,” Torres says. “There are no guarantees, you have to handle it right. He’s a great lad, humble, hardworking, he listens – and that’s very important. With the potential he had, his head was right. He’s strong, quick, good one on one, finishes well, scores goals. City is a good place for him, somewhere to perfect his game; they signed him knowing he’s different. He can give them a huge amount and there’s room to grow.

“At Valencia there was belief in him making it, a sense that playing with us was [just] another step. You had the feeling he wasn’t going to be [in the B team] for very long, and the club already knew that. Quite a few players were promoted that season, but he went through those stages quicker than others, reaching the first team in a short time.”

Torres played only two games for Mestalla that season, facing Eldense next, and 10 the season after – when he was promoted to the first team. A Copa del Rey game in November 2017 was followed by a league debut in December, the first player born this century to appear in La Liga. The youngest Valencia player to reach 50 games for the club, he was contractually added to the first-team squad in January 2018. That decision was made while he was still at the Under-17 World Cup in India, where Spain lost the final to England, and driven by the prospect of losing him. Real Madrid, whom he had visited before joining Valencia, were in pursuit. 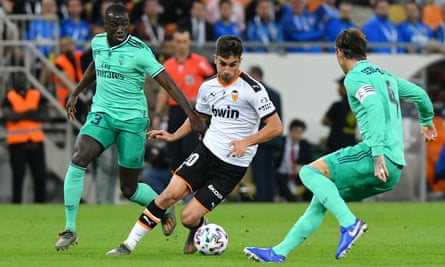 Torres didn’t know about the renewal, reading about it in the papers. He said he didn’t really know what to do when he got to the first team either. If so, it didn’t often show. Opportunities did not come every weekend but when they did there was, as they had said, something daring about him. At club level, there was a desire for him and Lee Kang-in to be pushed further, faster.

Torres and his sister Arantxa have matching tattoos on their ankles: an anchor and the slogan, in English, “I refuse to sink”. Internally, it was not easy; a kid trying to find his way in a context of tension and confrontation. And when Torres came back from the Under-19 Euros – at which he was the outstanding player, scoring twice in the final – he said things had changed.

After his move to City had been confirmed, he claimed that back then Valencia had told him he was the fifth-choice winger and that they wanted to sell him. The coach, Marcelino, was sacked. Albert Celades took over, driven partly by Valencia’s desire to have a malleable manager who would promote young players. But that too increased tension and by then, Torres claimed, the wheels had been set in motion: his representatives began talking to Europe’s biggest clubs. By the end of the season Celades had been sacked too.

In Singapore, where Lim is based, club staff drive round in a van with four faces on the side, all youth teamers: José Luis Gaya, Carlos Soler, Torres and Lee. Marco Otero, the technical director of the academy, talks about the importance of identification as a means of protection: economically, you can’t compete, but emotionally you can. Kids from Valencia are more likely to stay, ignoring offers from elsewhere. “Maybe a kid comes from Seville at 10; you can’t be that surprised if he goes to Manchester at 18.” 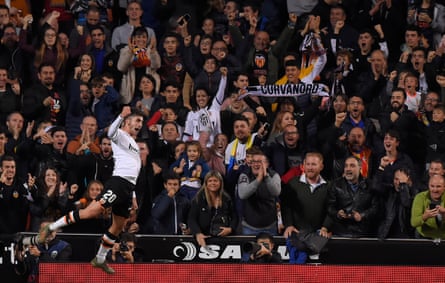 Yet Torres, from a town less than 10 miles away, had come at six and was a fan who travelled to the Copa del Rey final to see them win in 2008, and was now leaving. Worse, he claimed the club were complicit in that, suggesting he had been pushed, and upset at what he saw as an attempt to paint him as the bad guy who walked out.

In an interview with Marca that shocked and saddened supporters, Torres said he had no support from the captain, Dani Parejo, hinted that Marcelino could have done things differently, said that there were those among the media and within the club seeking to sully his name, and insisted that Valencia had failed to convince him to stay. Largely, he suspected, because they didn’t want to. There were three things they could have done, two of which would be enough, he said: got owner Peter Lim personally involved in negotiations; put him among the team’s top earners; and made him one of the club captains.

Cuenca insists that the call for the captaincy was no big deal; he had been captain all the way through the academy: “It’s a good thing, it shows his ambition.” But it was also the end. At 20, but after 97 first-team games, Torres was gone. He had been there for more than a decade and yet as his teammate that day says, “he wasn’t with us for long”.