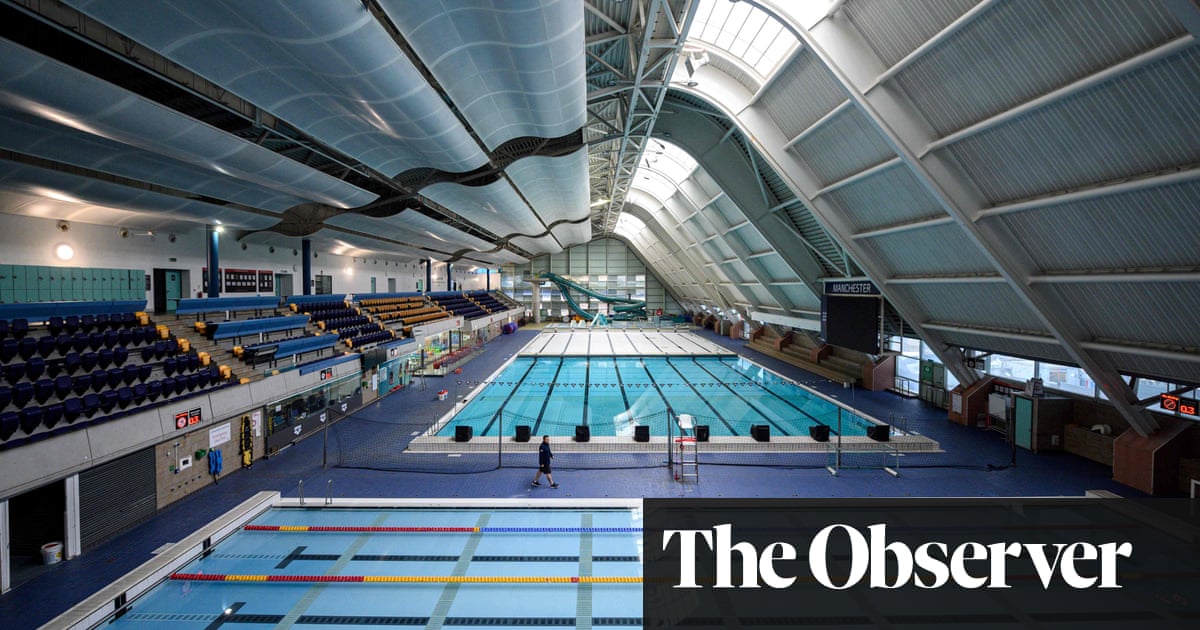 Grassroots sport has been dealt a devastating blow after the government announced that gyms, swimming pools and clubs in England will close from Thursday until early December because of the second national lockdown.

While elite sport will continue as normal, exercise for everyone else will be limited to unlimited periods outdoors – either with people from their own households, or on a one-to-one basis with one person from another household. The Observer understands that discussions are continuing over whether people will still be allowed to play golf and tennis.

There is also uncertainty over what will happen with under-18 sports outside a school setting. One source stated there would be no exemption for indoor sports, while another warned the chances of kids playing outdoor sports during the lockdown was also highly unlikely.

The news was greeted with dismay by the Swim England chief executive, Jane Nickerson, who said the transmission of the virus in pools had been very low. “We have consistently made the case that aquatic activity is both safe and a lifeline for many people in such uncertain times and that leisure centres should therefore be considered an essential service,” she added.

“For many people, the pool offers the only opportunity for them to be active – something that will be more important than ever during another lockdown,” she added. “A second period of closure will push many facilities over the edge and there is the dangerous prospect of losing so many facilities for good.”

The chair of UK Active, which represents more than 4,000 gyms and swimming pools, has written to the prime minister urging him to reconsider his decision and to classify leisure centres as an “essential service” in fighting and recovery from the virus so they could stay open. In a letter seen by the Observer, Tanni Grey-Thompson also warned the government that the shutdown will cause “a further deterioration in both physical and mental health levels across the country”.

Citing a recent Active Lives survey that showed that nearly 14 million people did less than 30 minutes’ exercise a week during the first lockdown, a rise of 3 million compared with the same period a year before, Baroness Grey-Thompson warned these figures would probably be even worse in the autumn and winter.

“With the onset of winter, outdoor exercise will be much less appealing so the provision of safe facilities for physical activity will be vital,” writes Grey-Thompson. “The implication of not being able to access these facilities for millions will lead to a further deterioration in both physical and mental health levels across the country, with implications on longer-term public health challenges.”

UK Active says nearly half Britain’s public leisure centres and 20% of the country’s swimming pools risk being closed for good before Christmas – putting more than 58,000 jobs in peril – because of the coronavirus pandemic. Even after lockdown restrictions were eased on 25 July, a third of leisure centres have still not reopened because of their parlous financial state.

“Like many sectors, closures as part of the second national lockdown would be devastating for many facilities, threatening business failure and significant job losses,” Grey-Thompson writes. “But unlike many sectors, gyms and leisure centres heavily influence the physical and mental wellbeing of the nation. I urge you to provide continued support for this vital sector which is essential to the health of the nation.”

Grey-Thompson also cited the low level of prevalence of Covid in gyms and leisure centres in England since they were allowed to reopen on 25 July as being a third reason to allow gyms to stay open. “The latest aggregated data, from more than 1,900 facilities, reveals that more than five million visits were made to this sample of gyms in the UK during the week from 5-11 October, and in that time just 156 customers reported attending a facility before being confirmed positive with Covid-19,” she added.

Horse racing is expected to continue behind closed doors during the latest lockdown, although the nationwide closure of betting shops will be a further blow to its revenues after nearly eight months without paying spectators. A spokesperson for the British Horseracing Authority said: “The government’s decision, we believe, recognises the professionalism shown by our people and the vital need to protect their jobs. This is welcome news for the tens of thousands whose livelihoods depend upon our industry.”