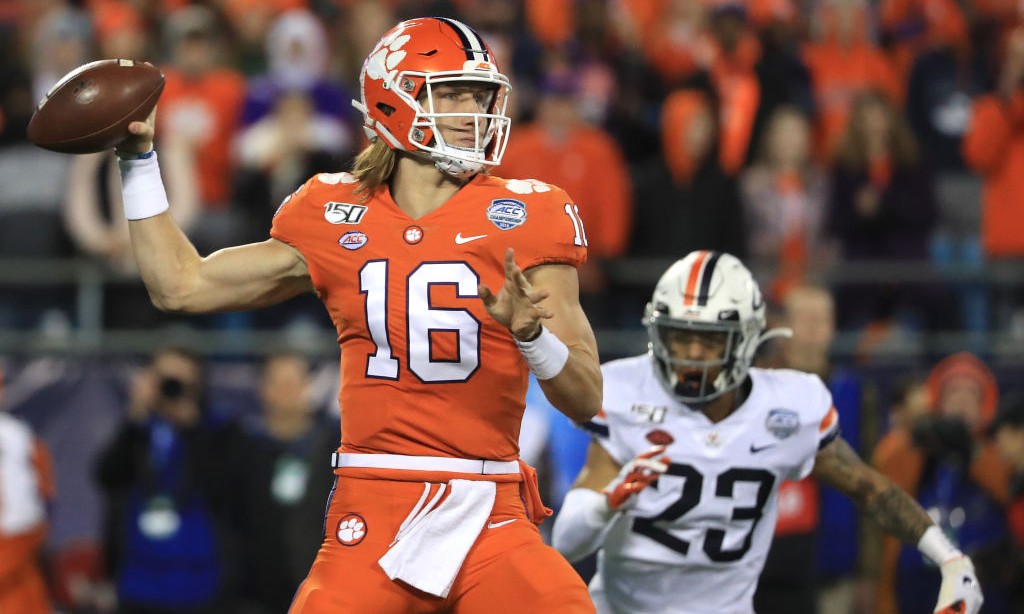 The Clemson Tigers survived a pesky Boston College squad on Saturday afternoon, taking down the Eagles, 34-28, despite the absence of star quarterback Trevor Lawrence. It was announced earlier this week that Lawrence had tested positive for COVID-19 with mild symptoms, and as a result, he watched the team’s game against Boston College from his couch.

His backup, former five-star recruit DJ Uiagaleli, performed admirably in the win, but a question existed about what the future would hold under center for the Tigers. That’s because Clemson has a date with fourth-ranked Notre Dame in South Bend next week, and while they’re still a very good football team, the drop-off from a youngster in Uiagaleli and the likely No. 1 pick in the 2021 NFL Draft is stark.

Following the game against Boston College, we learned what’s in the cards. Tigers coach Dabo Swinney announced that Lawrence will have to miss the game.

“He’s doing great,” Swinney said, per Andrea Adelson of ESPN. “[He] Zoomed the team last night, [and I] talked to him this morning, feels like he can play today. He’s doing well, but obviously there’s protocol. He will be out in time to play [against Notre Dame], but you have the cardiac part of it.

“You have to ramp back up, even if he feels great, he could probably go play, he’s not allowed to do that simply because of the protocols. They’re put in place to make sure he could return to play safely. You have 10 days, and then you have the cardiac part, so he won’t be able to get through that in time to play next week.”

Uiagaleli had to rally the troops from a fourth quarter deficit on Saturday, but he was pretty solid nonetheless — 30-for-41, 342 yards, three total touchdowns. Still, while his future is quite bright, he’s going to get a test that could determine whether or not the Tigers play for a national championship this season next week in South Bend.