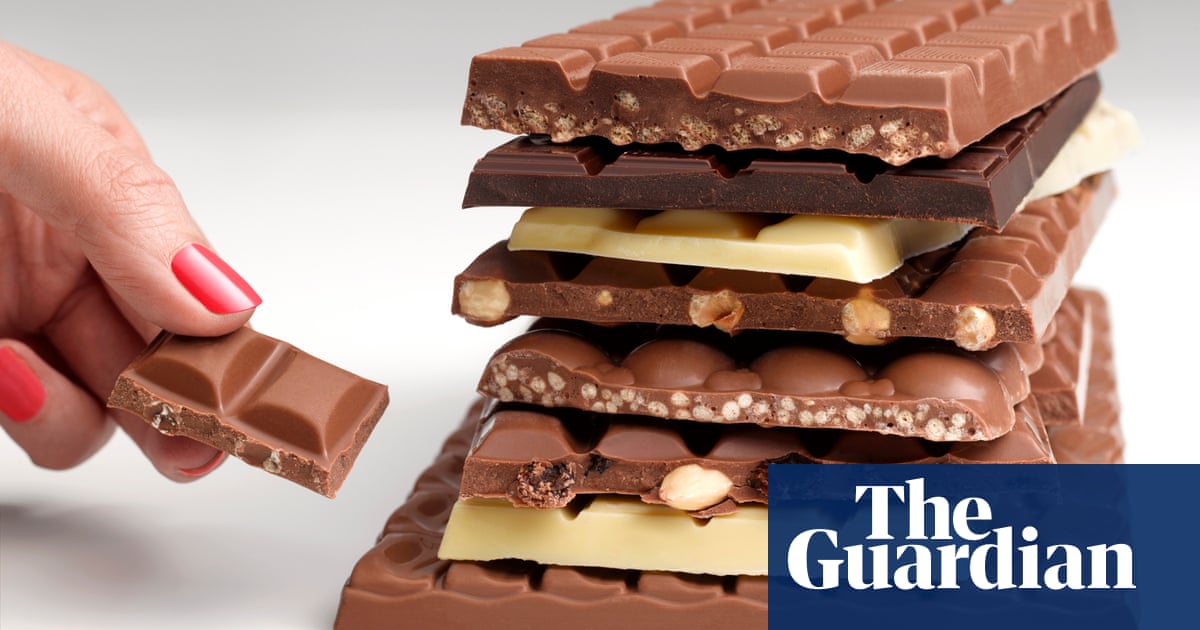 Spending on chocolate has soared by £50m year on year, powered by sales of chocolate bars bought in supermarkets to eat at home.

The increase in sales of multipacks and large “sharing bars” has offset a dip in sales of single bars, often impulse buys to eat on the go, from newsagents and other outlets.

While the £50m sales increase is only 3% up on the total value of chocolate sales, the amount of chocolate eaten is likely to have risen by two or three times that level because the kind of chocolate bought in supermarkets is so much cheaper.

Sales of multipacks of chocolate bars in supermarkets are up by more than a fifth, according to analysts at research group Kantar.

But the biggest increase has come from large chocolate blocks, sales of which are up nearly 46% in supermarket outlets.

Waitrose said its sales of big sharing bars of brands such as Cadbury Dairy Milk were up by 37% as shoppers turned to comfort eating during the lockdown.

However, demand for the supermarket’s premium own-label bars was also up by a fifth as people indulged in what the grocer described as “self-treating at home”.

Sales of small single bars and gift boxes for family and friends have declined after travel and visits to other households were curtailed by government restrictions.

Jane Goodson, a confectionary buyer at Waitrose, said: “We’ve seen a notable increase across premium chocolate and multipack chocolates. Little treats can help lift our spirits and clearly chocolate has been a popular remedy for some during this difficult year.”

Half the UK population have found their weight more difficult to manage since the pandemic hit, according to a survey.

Analysts put the rise in chocolate sales down to the “lipstick effect” – a spending pattern where cheap treats sell especially well during tough economic times.

Jackson Woods, a consumer specialist at Kantar, said: “Shoppers have spent an extra £260m on chocolate to enjoy at home in the past six months. The pandemic has changed our priorities, and for much of it we have been less focused on counting calories, and more on treating ourselves during a difficult time. Chocolate is a relatively cheap and easy way to do that, and people have found comfort in their favourite brands.”

But despite the craving for chocolate, not all brands have cashed in. The upmarket British firm Hotel Chocolat said sales rose just 3% in the year to 28 June – with big gains made in the first half nearly wiped out by a 14% fall in sales during the last six months.

The closure of its stores for three months, including over the key Easter and Mother’s Day selling periods, hit sales hard. But the company said its customers switched in droves to buying online during that period.