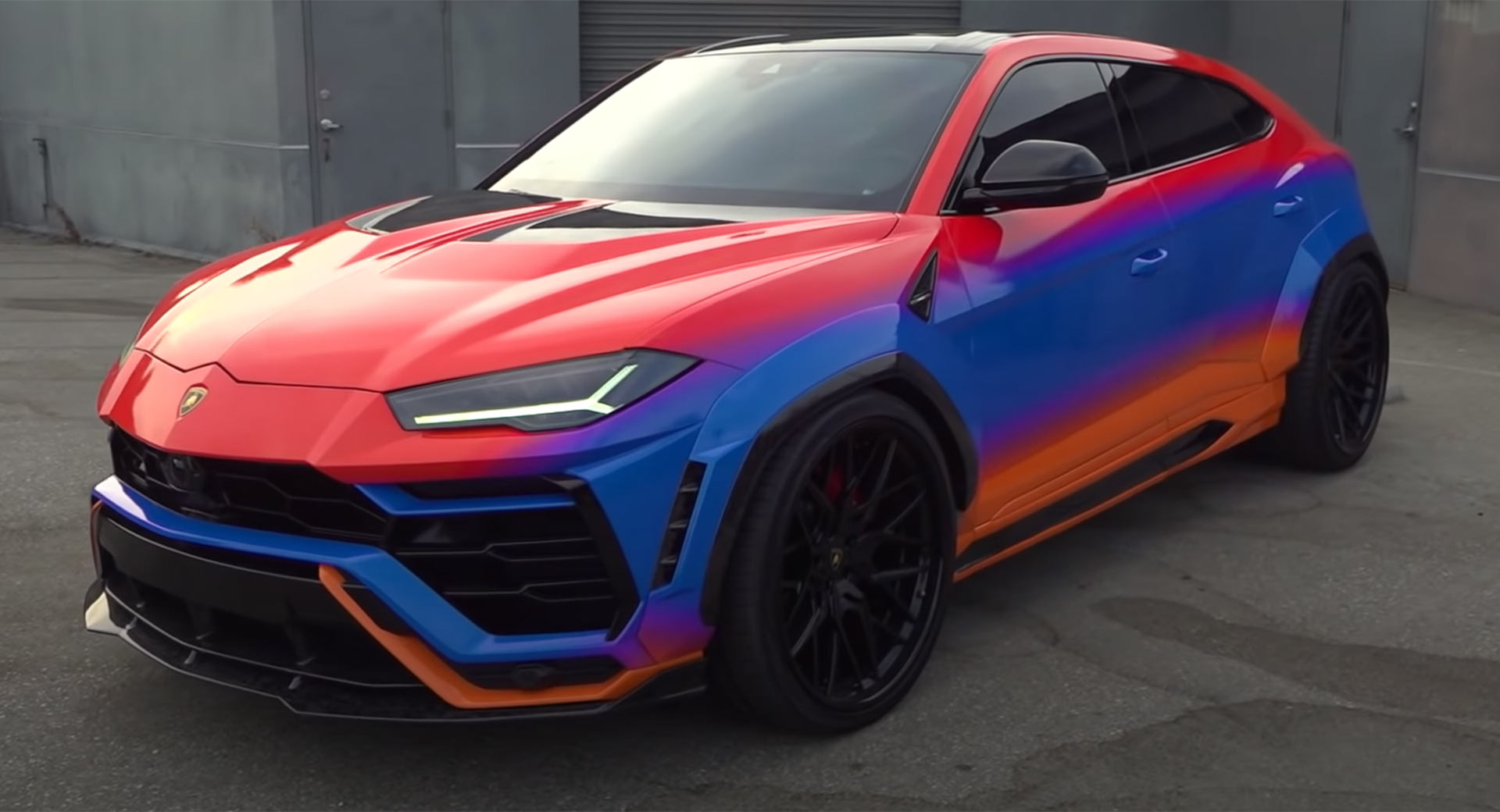 In a bid to support their country of origin, Armenia, in the ongoing conflict with Azerbaijan over the over the enclave of Nagorno-Karabakh that has cost the lives of hundreds of soldiers as well as civilians on both sides, the guys over at RDBLA have created a widebody Lamborghini Urus unlike any other.

The LA-based tuning company has a wealth of experience working on Lamborghini’s super SUV and with this example, has installed a wrap with the colors of the Armenian flag.

As the popularity of aftermarket wraps has increased, more complex and intricate wrap designs have started to appear. This particular wrap is especially striking and sees the top half of the Urus finished in red, including the hood and the pillars. The red then transitions through a purple section and into a bright shade of blue that covers part of the front bumper, the middle of the doors, and the tailgate at the rear. This shade of blue then transitions into orange across the lower portion of the bodywork, representing the red, blue, and orange of the Armenian flag.

Various other modifications have been made to the Lamborghini. For example, it sits on aftermarket wheels that are finished in silver on the passenger side and black on the driver’s side. There is also a wild aftermarket bodykit that includes forged carbon fender flares that further add to the aggressive of the potent SUV. It is a serious eye-catcher and will no doubt turn a lot of heads when driven throughout the City of Angels.