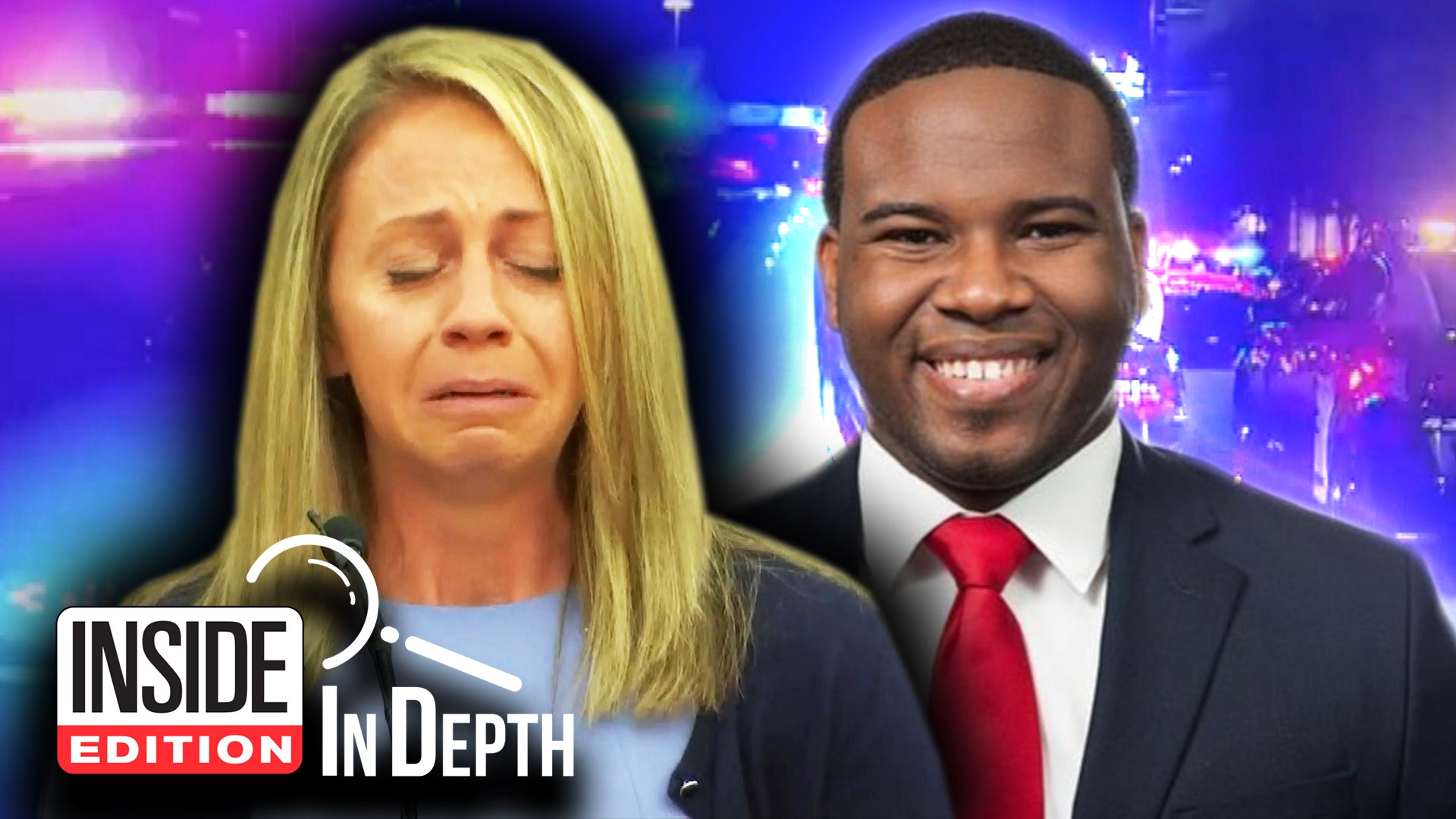 Botham Jean’s family doesn’t mince words when it comes to Amber Guyger. Guyger was a police officer for the Dallas Police Department when she opened the unlocked door to Jean’s apartment, thinking it were her own home, and shot him in the chest as enjoyed a bowl of ice cream and watched television on Sept. 6, 2018.

Guyger said she had just come off of a nearly 14-hour shift and had mistaken Jean for an intruder in her home. However, it was Guyger who was in the wrong apartment, having confused Jean’s apartment, which was on the floor directly above hers, for her own.

Moments after the shooting, Guyger said she realized she was in the wrong apartment. Her realization came too little, too late. Jean, an accountant who worked at PricewaterhouseCoopers, a beloved son and brother, was already dead.

“I have nothing that I want to say to Amber Guyger,” Jean’s mother, Allison, told Inside Edition Digital. “I want Amber Guyger to sit in prison where she is.”

Guyger was fired from the Dallas police department three weeks after Jean’s death. Several days passed before Guyger was arrested. She was then initially charged with manslaughter, prompting protests and accusations of racial bias. Guyger was later charged with murder.

During her trial, Guyger testified in her own defense. But on Oct. 1, 2019, Guyger was found guilty of murder. While prosecutors recommended a sentence of 28 years— one for each year Botham would’ve been alive at that point—she received a 10 year sentence.

Throughout the judicial process and protests, Jean’s family is still learning to live without their beloved “Bo.” Two years after his death, the pain is still fresh.

“These past two years have been extremely difficult. I know for the first year, the only way I could explain it is darkness. I could barely remember that first year, everything was just dark. It’s like being underwater,” Allisa said. “The second year, I feel like I’ve gained a little more strength, but that strength is really to fight for justice.”

Allison agreed, saying: “Now seeing so many other cases of police brutality on Blacks, it just brings Botham’s death right back. So it’s really been a painful two years. It’s been very, very hard. It’s been very difficult to deal with all of what happened to Botham and also what’s happening to Blacks in America.”

George Floyd’s brutal killing in May, 2020 went viral. Video showed former Minneapolis police officer Derek Chauvin placing his knee on Floyd’s neck for nearly nine minutes until the life left his body. Chauvin has been charged with murder and has pleaded not guilty.

Botham’s family doesn’t think much, if anything, has changed since Jean’s 2018 killing.

“When I reflect on all the protests that took place after Botham’s death, I thought it would have sent a message to America that this should stop, but there’s been protests over protests and it doesn’t seem to be changing the way in which police do their work,” she continued. “What is heartening though, on the positive side, is that I’m seeing some laws are being proposed that will prevent some of the occurrences.”

Jean came to the U.S. from St. Lucia to study, just like many people from the West Indies do. He’d hoped to return to his island to share his knowledge. He eventually wanted to become prime minister.

One of Allisa’s favorite memories of her little brother was her last conversation with him.

“He was happy about his birthday. We spoke about his birthday coming up because for maybe two weeks, we’d been going back and forth on what his birthday gift should be. So that day he changed it again,” she said. “We spoke about the first football game of the season, that he was excited to watch that because he’s been working so much he thought he missed it…he was just so happy that day. So I try to hold onto that.”

Jean’s other family members have found other ways to cope with his death. Jean’s little brother, Brandt, was just 18 when he sent shockwaves across the internet after he hugged Guyger during her trial and told her he forgave her for killing his older brother.

“As he spoke, I realized that he had taken the opportunity to free himself,” Allison said. “He was an 18-year-old wrapped up in grief, sadness over the loss of his brother and his life had stopped. He dropped out of college. I was very worried about him.

“So what he did in that courtroom was to free himself,” she continued. “Forgiveness is for yourself. He’s forgiven Amber Guyger in order that he could move on. Since then he’s been a completely different child, so I applaud him. He has demonstrated much more courage than I have, and I’m trying to get like him.”

But for Allison and Allisa, forgiving Guyger does not come as easily.

“I’m still working on it,” Allison said. “Worse yet, every action that she’s taken subsequent to my son’s death makes it even worse.”

In August, Guyger’s attorneys filed an appeal to dismiss her murder charges and called for a new hearing and a lesser charge of criminally negligent homicide. The appeal filed argues in part that there is not sufficient evidence to prove beyond a reasonable doubt that Guyger committed murder and that killing Botham was a mistake.

Guyger’s attorney did not respond to Inside Edition Digital’s request for comment.

“Amber Guyger is saying that she’s appealing on the grounds that she acted in self defense and I wonder, self-defense against what? Because the only threat that Botham posed to Amber Guyger on that night was the color of his skin,” Allison said. “That is the only reason Amber Guyger acted the way she did.  I think Amber Guyger is just showing how ruthless she is, and her gang of attorneys and police officers who are supporting her just the same, ruthless individuals. So she’s making it very, very, very difficult for me to follow God’s command of forgiving.”

“Amber Guyger is practicing her privilege. That’s white privilege for you,” Allisa said.

The city of Dallas declared Sept. 29, Jean’s birthday, “Be Like Bo Day.” This past Sept. 29 would have marked Jean’s 29th year. The day is meant to honor the St. Lucian native and see everyone strive to emulate and embody his spirit of kindness and service.

However, it is celebrated on Sept. 6, the day Jean was killed.

“We’re doing it to honor him. Yes, I would have preferred to stay in bed and cry all day, but that’s not what Botham was about and I don’t think that’s what he would want for us,” Allisa said.

Allison and Allisa have started the Botham Jean Foundation. Through it, they’ve given back to communities locally and internationally, from Dallas to St. Lucia to Ghanam, continuing to spread smiles and hope, just like Bo. Jean’s family has filed a civil suit and wants to hold the city liable as well.

“Ever since Botham was killed, I tried to picture what he went through. For a while, I would say maybe for the first year, I played different scenarios in my head,” Allisa said. “The one thing that stands out is if Amber Guyger, and I would love to tell her this, if Amber Guyger asked Botham one question, she would’ve gained a friend.”