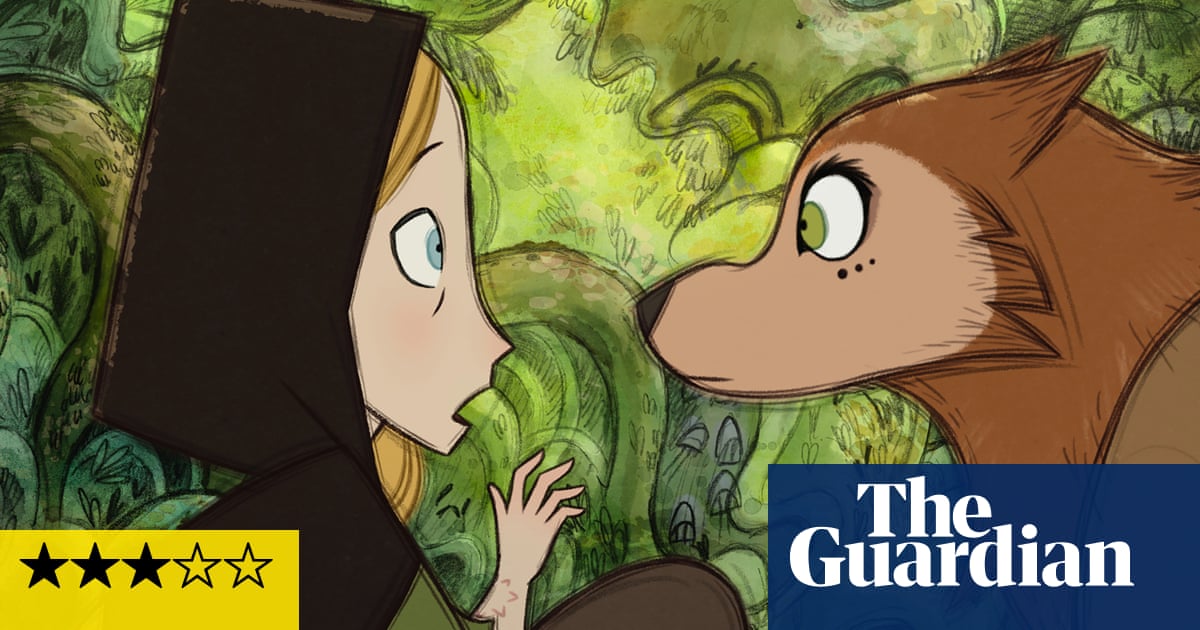 Cartoon Saloon is the Kilkenny-based studio that has quietly engineered an upsurge in Irish-inflected animation: their 2009 debut feature The Secret of Kells (about the creation of the celebrated ninth-century illuminated manuscript) was nominated for an Oscar, as was Celtic folk tale Song of the Sea (2014). After co-producing the Afghanistan-set The Breadwinner (2017), Cartoon Saloon have returned to home territory for this characteristically beautiful alternative-history tale that seeks to repair, or at least assuage, some of the spiritual and physical damage inflicted on Ireland by the Cromwellian invasion of the 1640s and 50s.

It is a bold move to set a kid-oriented animation in this traumatic period: Kilkenny fell to Cromwell in 1650, part of the English parliamentarian rampage through the country as they successfully quelled Irish support for the overthrown Stuart monarchy. The forest outside the town is home to a large and worrisome wolf pack, which the invaders are resolved on destroying: to this end, the beefy Bill Goodfellowe (voiced by Sean Bean) is hired by the English to hunt down the animals. But it’s Goodfellowe’s small daughter, Robyn, who emerges as the pivotal character. On her own in the woods, she meets the imp-like Mebh, a bushy-haired kid of similar age who is in fact a “wolfwalker” – a distinctively Gaelic variant on the werewolf – and takes on the form of a wolf when asleep.

Wolfwalkers shoehorns a lot in. It’s a history lesson, for those unfamiliar with the political context; an eco parable, which rather brilliantly uses the idea of visible smells to depict the interconnected natural world; a tale of emotional friendship and parental bonding in the current Hollywood manner; and a light dusting of straight-ahead punch-em-up action, as Robyn and Bill take on Cromwell in the finale.

The symbolism is clear: the wolves represent a mystical spirit of Irishness, with Cromwell (voiced with sibilant nastiness by Simon McBurney) the oppressor-in-chief. “What cannot be tamed must be destroyed,” he says. I wondered a little at the decision to place an English character at the centre: it certainly adds to the sense of conciliation and (perhaps) forgiveness, but it has the slightly distracting effect of putting the focus on her divided loyalties. Either way, this is a charming and thoroughly likable film.