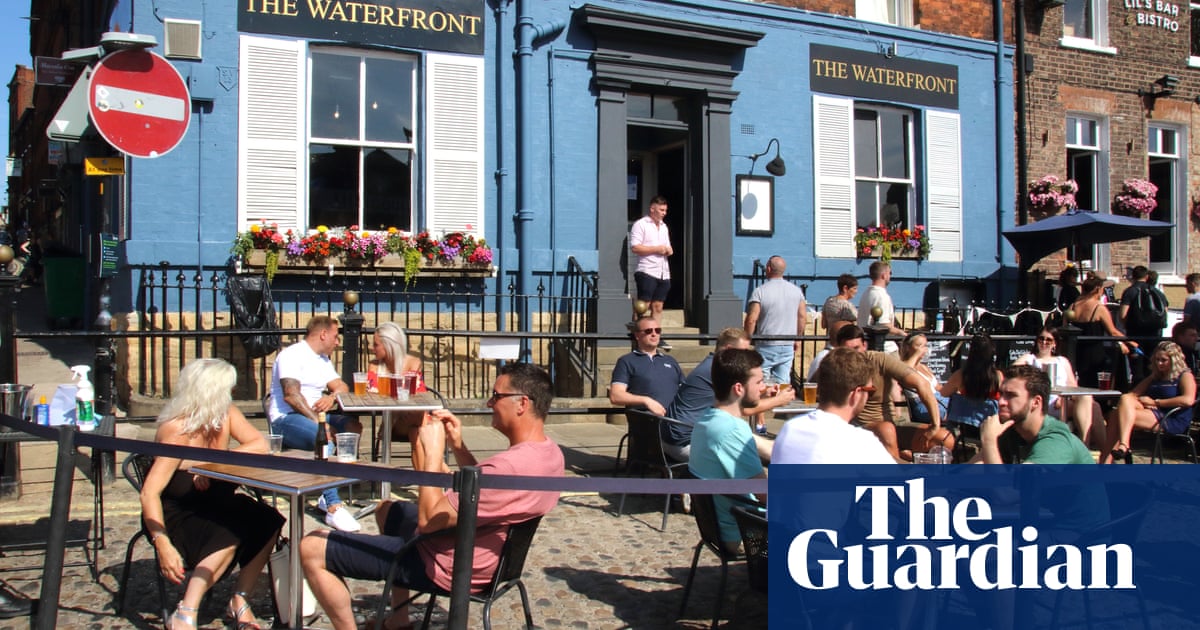 The Treasury has rejected claims that the “eat out to help out” scheme could have directly caused almost a fifth of new coronavirus case clusters over the summer, after an academic paper concluded the policy might have led to thousands of new cases.

The paper, from Thiemo Fetzer, an economist at the University of Warwick, found that the scheme – in which the government funded discounts on food and nonalcoholic drinks at participating businesses on Monday to Wednesday in August – was closely linked to an increase in cases over the summer.

Coronavirus spread more rapidly in areas with a lot of “eat out to help out” restaurants, Fetzer found, and infections in those areas slowed after the scheme had come to an end.

Fetzer used rainfall to try to estimate whether the increase was caused by the programme. He found that in areas that had a lot of rain during lunch and dinner hours on Mondays to Wednesday that month, fewer people ate out, and fewer people were infected. The same pattern was not visible if it rained on other days of the week, suggesting that the scheme itself was directly responsible for the increase in infections.

“The empirical estimates suggest that the EOHO scheme may be responsible for around 8 to 17% of all new detected Covid-19 clusters (at least two new infections in the same area) emerging during August and into early September in the UK,” Fetzer concludes.

“Given the dramatic rise of Covid-19 infections across the UK in recent weeks, the likely changes in consumer behaviour due to higher infection risks and the ensuing economic damage this generates suggests that the EOHO scheme may have indirect economic – and public health costs that vastly outstrip its short-term economic benefits.”

But a Treasury spokesperson rejected the economist’s findings. “We do not recognise these figures – which, as the study itself admits, are ‘back-of-the-envelope’ calculations.

“Many other European counterparts have experienced an uptick in cases,” the spokesperson added, “irrespective of whether similar measures for the hospitality industry have been introduced. We’re continuing to work closely with businesses to help them be Covid-secure.”

“Thiemo is a very well respected econometrician and he’s done the obvious checks. The estimated impacts are plausible. Is it proof? No. There are lots of potential confounders, in particular different mechanisms by which rain could influence infection independently of EOHO. So it’s not definitive, but I think the burden of proof is now on EOHO defenders.”

Portes also criticised the Treasury for failing to take the claim seriously, calling its response “childish and unprofessional”.

“I would have expected better from a department that claims to take economics seriously,” he added.

Fetzer is not the first to suggest that the government’s scheme, which paid half the price of a restaurant meal, up to £10 per person, could have had dangerous consequences. In September, Toby Phillips, a public policy researcher at the University of Oxford, noted that, while “transmission rates were already creeping up in early August”, there was a “rapid acceleration in the proportion of detected positive cases at the start of September consistent with cases where infection occurred in mid-August.

“It’s certainly worth considering the effect of a £10 discount at the pub,” Phillips added, “and the effect of concentrating people’s outings on just three days of the week.”