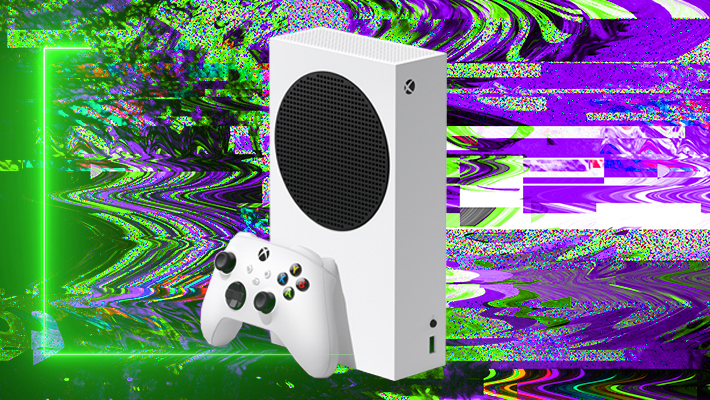 The Xbox has technically never beaten the PlayStation. While everyone looks at the 360 era of the Xbox as a major win for Microsoft the console giant still technically lost in total sale numbers. The PlayStation 3 and its $600 pricetag may have gotten off to a rough start, but by 2013 the PS3 managed to help Sony regain enough footing to enter the next console generation with confidence. The results were an extremely down generation for Xbox and a major boom for PlayStation.

The issues for Xbox in the last generation of consoles were pretty simple. Nobody really knew what they offered. Their exclusives were uninteresting, major titles like Halo and Gears of War failed to excite anyone new, and the XBOX One never felt like a superior option to the PlayStation 4 even with incredible additions like Gamepass being Xbox exclusive. The generation was such a disaster that, outside of overpricing fans again, it seemed like everyone was just going to buy a PlayStation 5 over the Xbox: Series X despite Xbox’s attempt to change the landscape through games as a service.

When you look this down how do you possibly get back up? By being drastic and taking risks.

And there might be no greater risk than the Xbox Series S being sold at $300. The price is ludicrous. As a console, it is just as powerful as a next gen console should be but unsurprisingly not as powerful as the PS5 or Series X. It’s a digital only console which is a plus for some and a negative for others. So what is the appeal of this console beyond price? Accessibility.

There is no video game console that will be more accessible to the common person than the Xbox Series S. Not only because of price point, but because of the library it is willing to offer and the audience it is trying to target. The Xbox Series S does not care if it is sitting next to a PS5, a Nintendo Switch, or a super PC that can play every game in 20K vision at 600 frames per second. The Xbox Series S just wants to get you into the ecosystem. Once Xbox has you in the ecosystem, that’s when you are stuck there.

Xbox As A Service

How many people do you know don’t really watch TV but have a Netflix subscription? Now imagine that for video games, and you have Gamepass. There isn’t a better deal in all of video games than Gamepass. It’s an endless library of games for only $10 a month. This includes older games, newer games, and even a few brand new titles. Xbox has been building Gamepass as the driving force for their system for years now and this is where they are putting all their eggs into in the next generation.

The Xbox is not just a game console. It’s a service and to be a successful service you need to remove barriers to entry without pushing people away. While PlayStation is announcing that some next-gen games will cost $70, Xbox is announcing a console that is so cheap in comparison that it is an absolute steal of a deal. For some gamers this won’t change their opinion of the two consoles. They will continue to feel that the PlayStation has a stronger library of exclusives and first party titles which will push them towards a PS5. Xbox doesn’t mind though, because the Series S isn’t for those gamers; it’s for the ones that play five games a year.

We all know the “Madden” gamer. Some say it as a joke, but that person is real. They buy three games a year, if that, and inevitably two of them are Madden and/or Call of Duty. That’s all they play and they’re perfectly content with that. These people also traditionally wait for a price drop before jumping into the next generation of consoles. $400+ dollars can be pricey for the average person, but what if you drop that an extra $100 and tell them that through Gamepass they can play the next Madden? Well they did just that. “Casual gamer” is such a sin to some people, but there are far more casual video game players than hardcore ones and the Xbox is creating an incredible sell to this audience.

The parents who love video games but just don’t have the time or money to play anymore. The person who plays five games a year. The person who only buys one franchise and nothing else. The Xbox Series S was made for these people and they’re the exact ones that are going to buying one. People that might have waited to jump into the next generation of consoles will be there day one and they’re all entering the Microsoft ecosystem, paying for Gamepass, and giving Xbox money. They are banking on the losses of the console being made up from those service prices.

What about the hardcore?

This does not mean that the Xbox is abandoning the traditional “hardcore” gamer. If anything they’re trying to make their lives easier. Xbox wants to make video games for everyone, and this means they want everyone to have access to games no matter the console. They largely led the “crossplay” revolution that became a major talking point the last generation of consoles and have put a lot of pressure on Sony to release more games to the PC. They are a business and we know that they are in this for the money first, but if them making money means we all get great games then that’s a business that’s beneficial to gaming as a whole.

And for those who still use exclusivity as their main console driving point, Microsoft has been busy. While their first-party support has been poor, they’ve been extremely busy in making their second party lineup legendary. They’ve been buying up game studios left and right to turn them into Xbox exclusives and in September they made their biggest one yet. They purchased Bethesda. The company that makes/owns Fallout, DOOM, and Elder Scrolls. Some of the biggest franchises in games are now Xbox exclusives. Not only that, they’re likely coming to Gamepass. $10 for all of that.

The Xbox is here to make video games available for everyone. They may be targeting the “casual” but do not let that fool you. They want an Xbox in every home. Whether it’s a Series X, an S, or someone using Gamepass on their PC. It’s a risk that just might help Xbox change the landscape of gaming as a whole.