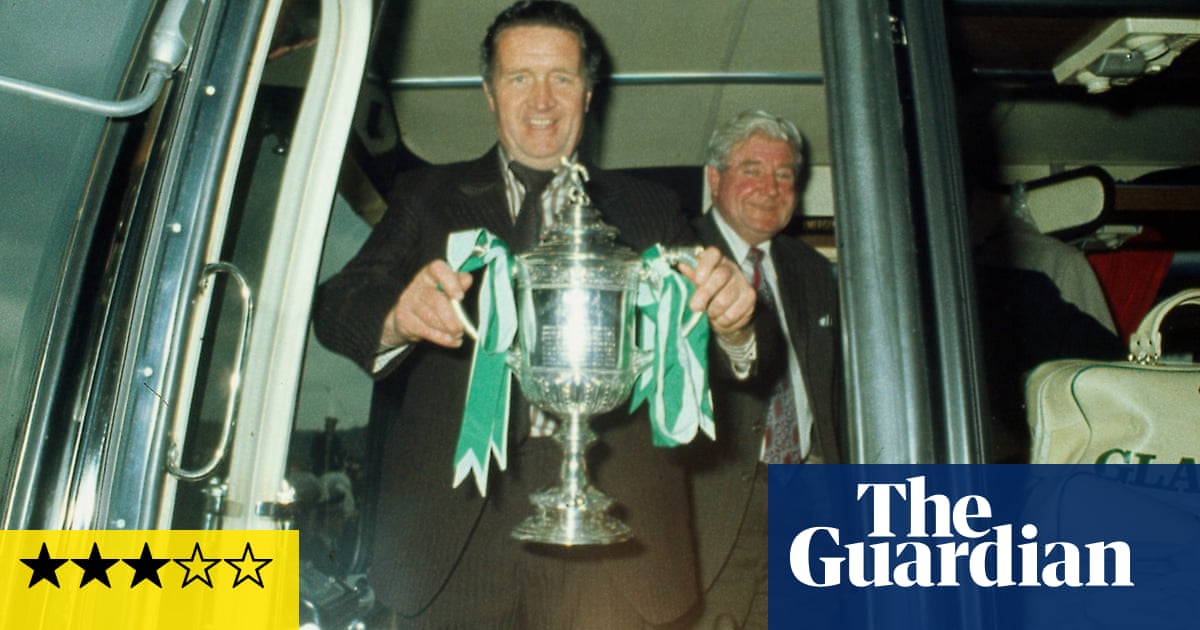 Though there’s quite a bit of familiar material on show here, this exercise in football nostalgia has an interesting, original focus: the three Scottish managers who dominated British football in the 1960s and who – amazingly – were born within a few dozen miles of each other on the outskirts of Glasgow. The achievements of Matt Busby and Bill Shankly have been fairly comprehensively anthologised, with both covered in recent feature-length documentaries – Busby and Shankly: Nature’s Fire – so it’s the third member of this troika, Jock Stein, who is perhaps the most revelatory figure, relatively speaking.

Though their mining-village backgrounds are remarkably similar, the three are a study in contrasts: Busby kindly and avuncular, Shankly intense and pugnaciously poetic, and Stein a poker-faced bear of a man. The film traces their common ability to reshape their teams in their own image, and their dogged rise to trophy-winning dominance. Interesting nuggets emerge: Stein backing out of the Manchester United job as Busby’s successor, preferring to stay at Celtic; Shankly, apparently, the only English First Division manager to travel to Lisbon to watch Celtic win the European Cup in 1967.

The Three Kings isn’t perhaps as revealing about Scottish football culture as might have been hoped – compared with, say, the BBC’s excellent Scotland 78: A Love Story – and has little to say about the contrast its story bears to the current quality crisis in the SPL. It also might have made a little more of Scotland’s fourth managerial colossus, Alex Ferguson, who himself hailed from only a few miles north-west of this celebrated trio. Ferguson provides a few quotes, principally about Stein – alongside whom he is, of course, pictured during the devastating scenes when Stein collapsed and died at the end of Scotland’s 1985 qualifying game with Wales.

Nevertheless, this film’s loving attention to its subjects is a good fit for the current mood of unease and distrust of the modern game and where it might be heading; a restatement of the old certainties is always welcome.

• The Three Kings is in cinemas from 1 November.