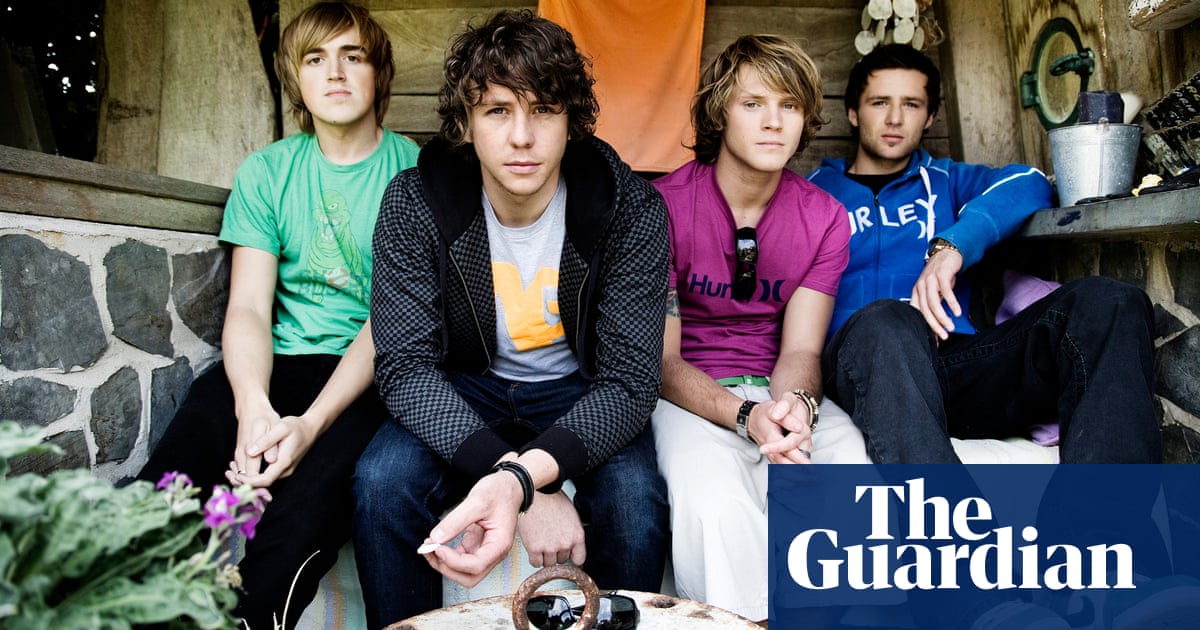 The year is 2005, combat trousers inexplicably have tassels and chart music is groaning under the weight of reality TV winners and Crazy Frog. Tweens across the country are crying in front of Newsround because Busted have split, and the last hope of respite from the onslaught of Fame Academies and Pop Idols lies solely at the oversized trainers of a new musical outfit: McFly.

For those who had outgrown S Club 7 or couldn’t relate to Blue, there was a creeping adolescent need for something that felt “real”. The scorn towards “key change, stool rise” boybands was beginning to set in, but fully fledged indie rock bands still felt a way off, impenetrable in their “serious” music press and 16+ gigs. Busted proteges McFly provided a credible halfway house: they wrote their own songs, they played their own instruments, they were funny and youthful and cool. Behind every perky All About You or Star Girl, there was a Too Close for Comfort or Not Alone, hinting at darker emotional places. To my young millennial ears, they were trailblazers, putting a hefty dose of personality back into pop.

From late 2004 to 2008, I scrapbooked as many interviews with McFly as I could get my hands on. I pored over the questions about influences, and borrowed those albums from the local library – Blink-182, Bruce Springsteen, the Beach Boys. With Tom, Danny, Dougie and Harry, young listeners could travel back to the future, creating their own musical road map. MySpace and Arctic Monkeys arrived, and underage gigs became places that teens could go to on their own. My world of discovery had widened, but McFly remained a safe home base.

It’s easy to look back on these childhood bands with derision, to see them as mere stepping stones to something better. The need for McFly in 2020 is perhaps less intense than it was 15 years ago, but it’s hard not to raise a smile at the band’s recent return, or to recognise just how far their influence has travelled. Many of the 1975’s recent singles would fit seamlessly among early Busted or McFly hits, while acts such as Yungblud, the Vamps and even Ed Sheeran thrive on the formula of Britpop-punk with cheeky punchlines. As the early 00s now fall into retro territory, this is a trend that’s only set to continue among Gen Z musicians.

It always frustrated me that McFly weren’t more critically esteemed, but their first new album in 10 years is due in a fortnight – and with some of the music industry’s worst snobberies laid to rest, maybe now will be the time for McFly to recoup the fruits of their labour. Perhaps they’ll simply remain the sound of youthful nostalgia, but aren’t they a fervent reminder that dismissing the enthusiasms of teenage girls is often shortsighted? After all, you never know where that musical trail might lead.