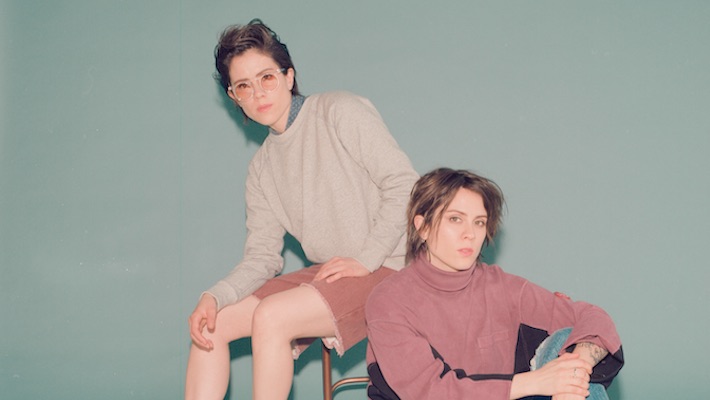 With the holiday season nearing, several musicians are trying their hand at spreading cheer through Christmas music. This week, Carly Rae Jepsen released a jolly tune and now, Tegan And Sara are taking on Christmas with their own ode to the holidays.

Tegan And Sara’s synth-heavy ballad “Make You Mine This Season” arrives on the soundtrack to the upcoming Hulu film Happiest Season. Directed and written by Clea DuVall, the film stars Kristen Stewart and Mackenzie Davis as a happy couple. Stewart plans to propose to Davis at her annual family Christmas dinner, until she realizes that Davis has yet to come out to her family.

In a statement about the film’s music, soundtrack producer Justin Tranter said: “For all types of families, music matters more during the holidays than any other time of year. To be given the honor to help create a holiday soundtrack that everyone can enjoy but celebrates LGBTQ talent is an actual dream come true for me! There are LGBTQ artists and/or songwriters on every original song. The soundtrack’s focus is on LBTQ women to pay tribute to the brilliant queer woman who co-wrote and directed the movie, I hope we did you proud Clea!”

Along with Tegan And Sara, the Happiest Season soundtrack features other recognizable names. Music by Bebe Rexha, Sia, Anne-Marie, Carlie Hanson, and more will be featured in the film.

Listen to “Make You Mine This Season” above.

The Happiest Season soundtrack is out 11/6 via Warner Music. Pre-order it here.