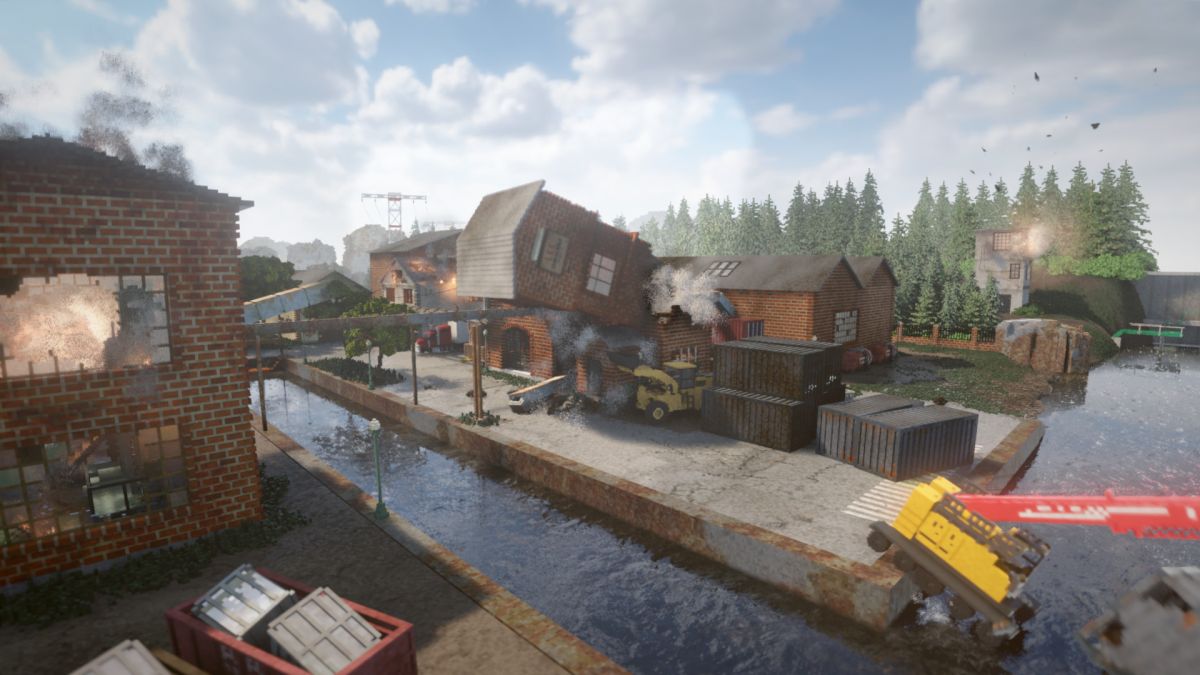 But while I’ve been off driving superyachts into timeshare cabins and watching fire slowly propagate through an office block, others have found surprisingly creative uses for developer Dennis Gustavsson’s destructive toolset.

Why get into demolition, after all, when you could use a can of paint and some planks to give Teardown’s awfully dated motors some real street cred?

Being a new simulated physics sandbox, it was inevitable that folks would eventually work out how to take flight. Here, all it takes is the old ‘lift up the object you’re standing on top of’ trick.

One of the niftiest tools in Teardown isn’t even really a tool at all. While the spray can be a lifesaver in routing out the game’s heist runs, it’s also, y’know, paint. As such, folks out there are using it to turn Teardown’s breakable walls into canvases.

Graffiti is art, chicken gang. But graffiti as an act of vandalism is a crime.

While we’re speaking of art, the ability to import your own Voxel files into Teardown has given some artists—like our own Andy Kelly—their own private bank of levels to smash up. Reckon it must feel rather cathartic.

Another #teardown adventure through one of my #magicavoxel scenes 🚂 pic.twitter.com/sRaDlwPNRVOctober 30, 2020

Importing stuff I spent ages making in MagicaVoxel into Teardown, then smashing it up with a sledgehammer, feels very weird. pic.twitter.com/OJJkL4OOcdOctober 30, 2020