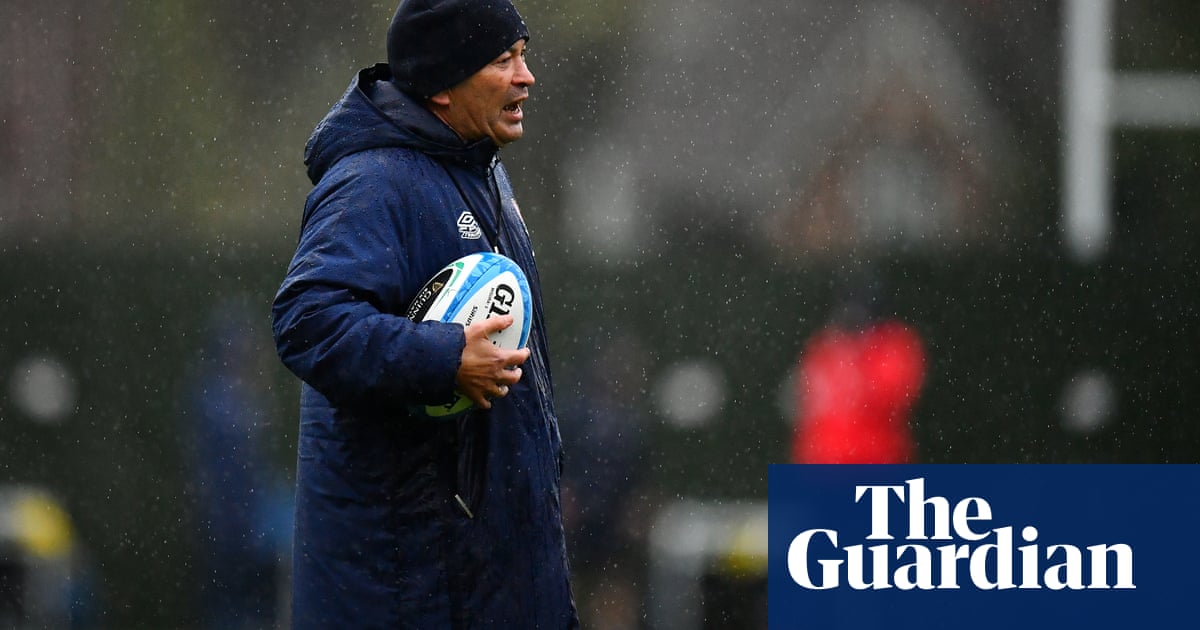 Precious little about this year’s Six Nations championship has unfolded as anticipated in January. Here we are at Halloween with the title still undecided, no supporters allowed in the stadiums and no visibly dominant squad to garland. It would be entirely fitting if this weekend were to yield a late, unforeseen twist which no one saw coming.

Things already feel strangely alien, with the tournament’s natural rhythms hopelessly disrupted. October is suddenly the new March. This year’s Six Nations is no longer a springboard into, well, spring, but a stepping stone towards midwinter. There is a spin-off championship, aka the Autumn Nations Cup, commencing in a fortnight and the 2021 edition starts in three months’ time.

Never mind the grand slam, say hello to a potential triple whammy. All of which makes the closing round even tougher to call than normal. Ireland had their moments in the second half against Italy but how much of that was down to the opposition? France were impressive winners against Wales in their warm-up fixture last week, but they have beaten the Irish once in the Six Nations since 2011. England have an ominously strong pack and a theoretically potent backline, but have not played a game since March.

On the last occasion England were presented with this kind of delayed final reel, in 2001, things did not end well. Clive Woodward’s side had been unstoppable earlier in the year, sticking 44 points on Wales in Cardiff and 80 on Italy. The foot and mouth outbreak, however, pushed their critical game against Ireland in Dublin to October. By then their momentum had stalled, Keith Wood was in raging bull mode and the red rose was gleefully trampled into the old Lansdowne Road grass.

Could it happen again? Not in Rome against this particular Italian side, surely. The weather is also set to be clear and dry, ideal for English purposes. The Azzurri have been conceding an average of 36 points per game in this championship and, for all the powerful carrying of Gloucester’s Jake Polledri, a 40-point margin between the sides looks to be about par. That would lift England’s points difference to +55, sufficient to secure the title unless France can beat Ireland by an even wider margin or the Irish claim victory in Paris with a bonus point.

The title, in short, rests on the balance between risk and reward or, to place it in the context of this particular weekend, trick or treat. Dour defence alone will not determine the outcome – if it did Scotland would be champions elect having conceded only four tries, half as many as England have let in. Unfortunately for the Scots, who are seeking their first win in Wales since 2002, they have managed only six up at the other end: a final flourish in Llanelli to massage those stats, with Finn Russell back wielding the baton, would do wonders for Caledonian confidence going forward.

If there is one key weekend metric for everyone it is probably ruck speed. Give the French backs quick ball – the evening forecast in Paris is also dry and mild – and Ireland can bid au revoir to their dreams of glory. Slow the game down, frustrate their hosts, kick shrewdly, nick a couple of tries and examine France’s discipline, and the Irish will have a far better chance of reaching the hour with everything still up for grabs. All being well, they can then look at the scoreboard, move up the gears and go in search of the magical bonus point.

On the evidence of this tournament, France are not necessarily impregnable. Having won their first three games, Les Bleus really should have had enough to defeat Scotland in round four, even at their bogey ground Murrayfield. Instead, Camille Chat was hurt in the warm-up, Romain Ntamack was off injured after 10 minutes and a first-half red card for the prop Mohamed Haouas caused further chaos. If, however, they keep 15 men on the field and the scrum-half Antoine Dupont and his developing pack begin to dictate the pace of the game, there tends to be only one winner.

As England and France were the two best European sides at the World Cup last year, logic would identify them as the two strongest contenders now. The ball, then, is squarely in Ireland’s court if – to borrow from Stiff Little Fingers – there is to be an alternative outcome. There was no real sign when they were losing disappointingly at Twickenham in February that they would top the 2020 table and their mindset this weekend will be key to their success.

The former Ireland fly-half Ronan O’Gara, now coaching at La Rochelle, put it neatly this week. “They’re in a shootout for gold,” O’Gara told the Irish Times. “It’s not about getting a bronze this weekend. There’s everything to play for. If you score three tries after 75 minutes and you force a pass, they intercept and score the other way, and you lose the game, I think you can live with that. There’s a huge reward in being braver than usual, as long as there’s a bit of smarts with it.”

There is a precedent from which to draw inspiration in the shape of the 2015 Six Nations, won by Ireland despite England, who needed a 26-point victory against France, winning a breathless encounter 55-35 on a final day which captured neutral imaginations everywhere.

Does the Six Nations need bonus points? There is nothing wrong with the idea of rewarding more purposeful rugby, from forwards and backs alike, but rugby also needs to do more to protect the integrity of its major competitions. Clearly there are broadcasting advantages to staggered kick-offs on “Super Saturday” but it hardly provides a level playing field, particularly in a year when France and Ireland enjoy three home games to England’s two, and the organisers have had the entire summer to think about potentially rescheduling their finale.

As it is, the onus is again on the players to get on with it as best they can. This particular crystal ball foresees a sizeable English win and a rather less emphatic French success, delivering the overall crown to Eddie Jones’s side for the first time since 2017. Following the deserved English defeat in Paris on the distant opening weekend, that might not be deemed entirely conclusive but, given the challenges within which the sport is operating, Jones and his players will not be remotely bothered. It also remains possible that France and England could meet again in another final before Christmas, at which point any arguments can be properly settled.

It will not be straightforward for anyone, wrapped up in their assorted disinfected “bubbles” in locked-down European locations, deprived of the traditional Six Nations trimmings and with the public’s interest apparently diluted. All concerned could do worse than try to replicate how the great – and now sadly departed – Wales wing JJ Williams approached his rugby: fast and, above all, quick-witted. The stop-start 2020 championship has been a marathon like no other but a searing JJ-esque finish is now required.