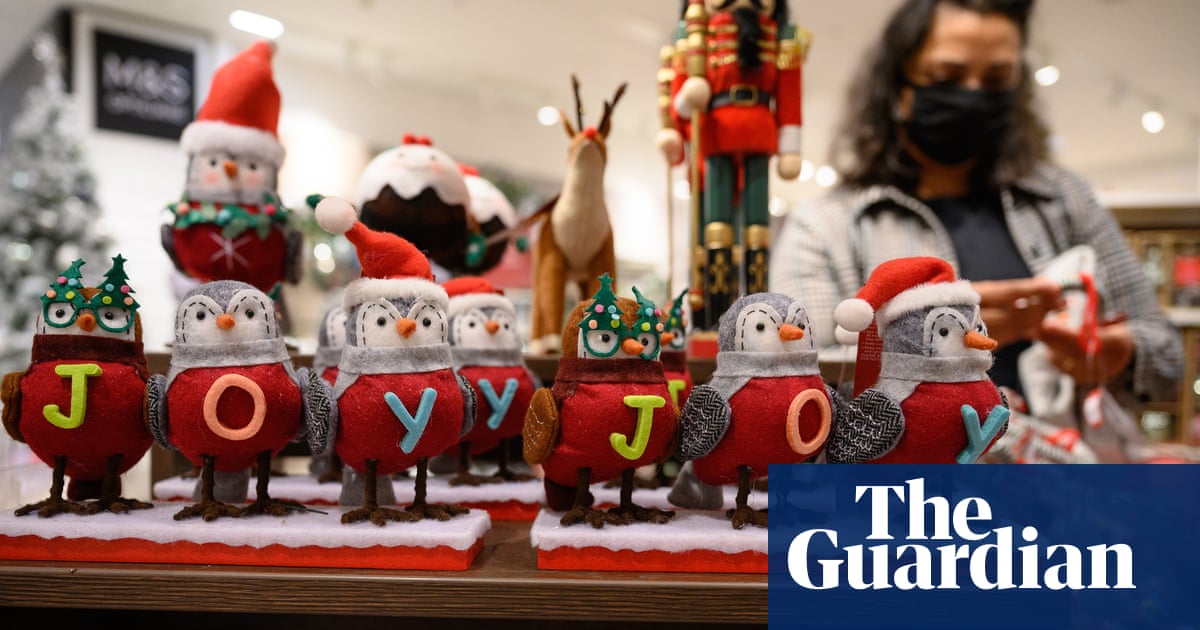 A national lockdown now could “save Christmas from the coronavirus” in England and allow families to meet during the festive season, scientists, public health specialists and politicians have told the Guardian.

A stringent country-wide “circuit breaker” lasting between two and six weeks would help suppress cases and reduce the impact of increased transmission if measures were relaxed to permit Christmas meet-ups, experts said.

Documents from the Scientific Advisory Group for Emergencies (Sage) released on Friday showed Covid was spreading significantly faster through England than even the government’s predicted worst-case scenario for cases and hospital admissions earlier this month.

Official figures also showed that more than half a million people were estimated to have had coronavirus in the week ending 23 October, with more than one in 100 people infected in England, up from one in 130 the previous week. There were a further 24,405 positive tests in the UK and a further 274 deaths.

Despite ministers saying that evidence supports regional restrictions, a national circuit breaker in England – as recommended by Sage in September – has not been ruled out.

The impact on the economy would be significant, however. Many shops make the bulk of their profits in the “golden quarter” between Halloween and the January sales. The British Retail Consortium has launched a campaign asking shoppers to “shop early, start wrapping, enjoy Christmas”.

Cases are rising faster in London and the south-east than in the north of England, which is subject to stricter measures, but the whole country is at a critical point, an Imperial College London report warned this week.

On Friday Dominic Raab, the foreign secretary, did not deny ministers were considering introducing a higher tier 4 level of coronavirus restrictions for England, with officials reportedly drawing up plans to force restaurants and non-essential shops to close in areas with the highest infection rates.

Nearly 60% of England’s population is now subject to tier 2 or tier 3 measures, barring households from mixing indoors. Without intervention it was “only a matter of time” before most, if not all, of the country would face such restrictions, Dr Mike Tildesley warned.

Tildesley, an epidemiologist from the University of Warwick, helped produce a “reasonable worst-case scenario” for the modelling sub-group of Sage, which warned that 85,000 people could die from Covid this winter.

He told the Guardian: “As epidemiologists we need to think about the impact on public health and that’s really key, but I think it’s important for us to acknowledge that the general public has had a pretty rotten year [but] I don’t think any of the science group would advocate that we should remove all restrictions at Christmas – it’s clear that that’s not possible.

“But speaking on behalf of myself, what I would like to see is that we are in a position to do a minor relaxation, for example allowing slightly larger family groups to be together, maybe having the rule of 10 or 12 instead of six. To do that we have to do something like a circuit break or something on a more national scale to bring incidents down … sooner rather than later.”

Dr Julian Tang, a consultant virologist at Leicester Royal Infirmary, said: “If we started now I would say you’d need at least six weeks of lockdown with total compliance across the nation. The government would have to fund that because the economy would be catastrophically hit.

“Unfortunately after Christmas and new year the cases are going to rise again, but if we want that break we might have enough drop in [the reproduction number] to give everyone a break … If you say ‘if you want to save Christmas from the coronavirus Grinch’, then I think people will do it.”

Linda Bauld, a professor of public health at the University of Edinburgh, said tighter restrictions in the devolved nations of Scotland, Wales and Northern Ireland seemed to be working and that England should follow suit with a national circuit breaker.

“I think it should be done, I don’t really see any other options, but I don’t think it would allow us to have a normal Christmas,” she said. “However, I would hope if you did have a circuit breaker it would bring the whole country in line with tier 1 by Christmas.

“I’m cautiously optimistic here in Scotland that we might be able to meet people indoors from two or three households, say. It’s not normal, but it would allow you to see immediate family.”

Andy Burnham, the mayor of Greater Manchester, said: “I do think if we were to approach a national circuit break in the right way at the right time it would allow families more contact over the Christmas period than might otherwise be the case – particularly if we ask families to manage their own isolation arrangements … so that perhaps two households could bubble together.”

At a press conference on Friday he presented figures showing cases in London and the south-east had increased by 55% and 63% week on week, compared with 43% in Greater Manchester.

The leader of Birmingham city council, Ian Ward, called for an urgent national lockdown to last four weeks, warning tier 3 curbs were not sufficient to protect the NHS. “The sooner we implement a national circuit breaker, the better because that will save lives and it will do more to save the economy,” he said.

“If there are eight weeks to go until Christmas … we need a four-week [national] circuit breaker … [as] the best opportunity to get on top of the numbers to drive the case rates back down again and allow for some easing, or other restrictions, for families over that Christmas period.”

Downing Street is concerned that Covid measures will not be adhered to over Christmas. This week the TV and radio presenter Victoria Derbyshire was forced to apologise after declaring she would break the “rule of six” for her festive lunch.

Others have suggested ways around the rules, including holding a funeral on 25 December for a “pet turkey”, while one man from Leeds set up a company so he could hold an “unpaid work event” with people from outside his household on Christmas Day.

On Thursday Scotland’s first minister, Nicola Sturgeon, said the best chance to secure some “Christmas cheer” was to stick to the different tiered restrictions for areas across Scotland.

The shadow UK health secretary, Jonathan Ashworth, said he doubted a family of more than six would be able to meet up at Christmas. “I think because they’ve missed this window of opportunity over the half-term, I’m worried now that what we’ll see is deeper, more drastic lockdown action throughout November and December, which sadly probably does put Christmas at risk,” he told Times Radio.

His Labour colleague Khalid Mahmood, the MP for Birmingham Perry Barr, said it was now time for those thinking of Christmas celebrations to recognise the sacrifices made by Muslims across the UK earlier this year. Swathes of northern England went into lockdown on 31 July, hours before the festival of Eid-al-adha.

“People had been preparing to see their families, all the food had been cooked, the clothes had been bought and then literally with a few hours’ notice Eid was cancelled in some parts of the country,” he said.

“But we bit the bullet and stayed resolute and just got on with it because we were told we had a duty and we couldn’t let the side down. Now is the time for others to do the same.”

Sage proposed a national circuit breaker for the October half-term as early as 16 September. But despite opinion polls suggesting the majority of the public would have supported a two-week circuit-breaker in October, the advice was ignored by ministers.