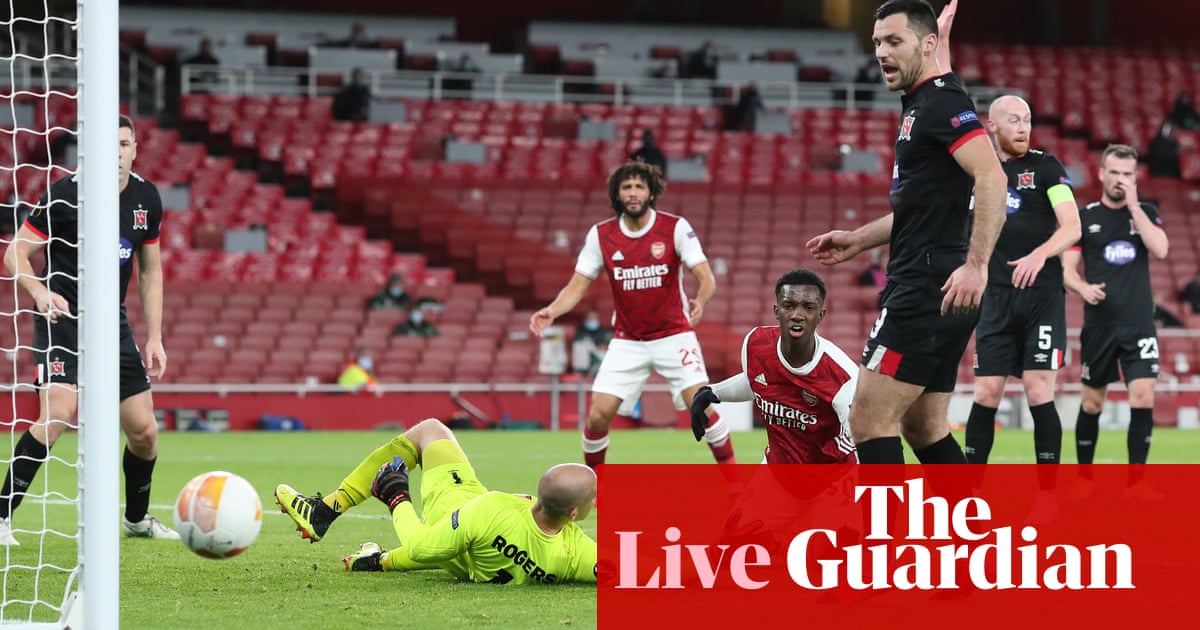 Diego Maradona is 60 today! Happy Birthday to the greatest ever.

Here’s Emmet Gates on six of his greatest goals for Napoli:

Diego Maradona at 60: six of his greatest goals for Napoli

If you missed any of last night’s Europa League action, naturally, we’ve got you covered.

And a round-up, featuring Celtic, Rangers and many more:

Via the magic of Twitter, the Premier League have shared this Loïc Rémy banger for QPR from back in April 2013. Why not?

As reported last night by Jacob Steinberg, Michail Antonio of West Ham looks set to be out for a month with the hamstring injury he sustained in last weekend’s draw against Manchester City.

That leaves David Moyes short of attacking options for tomorrow’s trip to Liverpool and beyond:

Fulham don’t face West Bromwich Albion until Monday evening but the Cottagers boss Scott Parker got his pre-match press conference in early doors, speaking to the media on Thursday afternoon ahead of what looks to be a good old-fashioned relegation battle six-pointer, even at this early stage of the season.

“We sit on one point, West Brom sit on three, and there are other teams who are in and around it down there, so of course this is a huge game for us … Every game is massive for us, but this one has got a little bit extra,” Parker said.

Before his side’s meeting with Palace this evening, Wolves manager Nuno Espírito Santo has joined the chorus of criticism over the current pay-per-view charges in place for certain top-flight matches.

“They should find a better solution,” Nuno is quoted as saying, via Reuters. “Unfortunately we don’t have the perfect one, so let’s hope the intention is there. I think that’s the only thing that can help us. What I see is from the numbers that the fans are not engaging to what’s happening now.”

The Premier League says the PPV scheme has been extended to matches on Nov. 6-8. “In consultation with clubs, all elements of the pay-per-view service, including the price, will be reviewed ahead of Premier League matches returning after the international break later next month,” it said.

Good morning and a warm welcome to our weekend football countdown, in which we’ll bring you team news, press conference quotes and all the latest news ahead of this weekend’s football action.

Wolverhampton Wanderers host Crystal Palace tonight, kicking off the seventh week of Premier League fixtures, while Coventry take on Reading in the Championship.

Let’s start with 10 things to look out for in the Premier League this weekend: