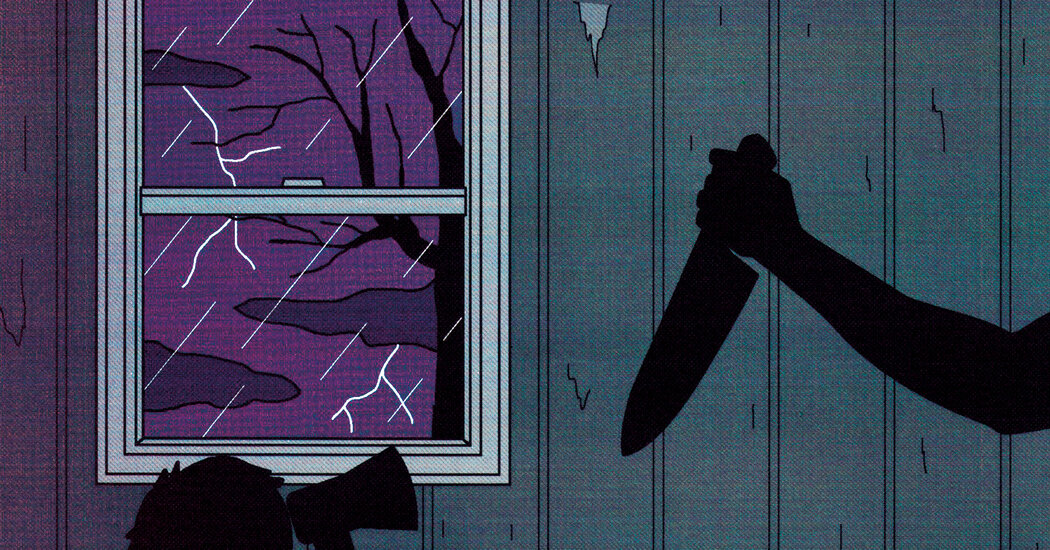 Political satire seems virtually impossible these days. How do you make fun of leaders and institutions when some of them are so bonkers that it feels like Borat is going to pop out at any minute and tell us we’re on camera? But satire is still healthy, if you’re willing to look in the right place: horror stories.

The television series “American Horror Story: Cult” was one of the first in this genre to make explicit reference to the new presidential administration in 2017, with a disturbing season premiere called “Election Night,” in which Trump wins the presidency and a group of clowns starts to murder people.

However, it was “Get Out,” released a month after the inauguration, that ushered in a new era of political satire. Satire unmasks hypocrisy, while horror puts a face on our worst fears. “Get Out” does both. Its Black protagonist discovers that his white girlfriend’s seemingly nice, liberal family is actually a cabal of evil mad scientists who are stealing the bodies of young Black people.

The movie resonated with Americans who were shaken by the return of racist ideology to the White House. Jordan Peele, its writer and director, said that he conceived of the film in part as a response to what he called the “post-racial lie” of the Obama era, and that the terrifying “sunken place” in the film was in some ways a metaphor for the prison industrial complex. The film worked as satire because it offered a fantastical version of real-life horrors, creating an imaginative space where audiences could process the truth without confronting it directly.

Tananarive Due, a writer and U.C.L.A. professor who teaches a class on Black horror aesthetics, told Vanity Fair that she thinks horror was “therapeutic” for her mother, the civil rights leader Patricia Stephens Due. The thrill of watching horror, she said, “helped her slough off some of that fear and anger.” When a toxic political idea is turned into a literal demon, the audience can imagine slaying it and escaping from its gory reign of terror.

“Get Out” was the first of several recent horror stories in which our heroes battle the monsters of white supremacy. In “Sorry to Bother You,” union organizers and artists go up against telemarketers selling slave labor and facilitating secret experiments on Black people. The recent television series “Lovecraft Country” recasts the struggles of the Jim Crow era as a clash between evil white wizardry and Black cosmic forces. The Canadian film “Blood Quantum” imagines a world where white people have become zombies attacking one of the few human communities left: a Mi’kmaq reserve whose Indigenous inhabitants are immune to their bites.

These dark fantasies work as satire because they convert complex, often hidden forms of structural injustice into scary things that are easy to identify — though not always easy to defeat. When white supremacy is personified as a monster or demon, audiences are immersed in a world where it’s hard to deny that racism is real. Not only that, it can kill you or, worse, turn you into its brainwashed meat puppet.

Satire also draws us in by promising to humiliate those who have power over us. Usually this humiliation is played for laughs, but that release doesn’t seem to be enough anymore. The Oscar-winning movie “Parasite,” set in South Korea, invites viewers to revel in the blood-soaked decline of a wealthy, privileged family. Sucked into a creepy relationship by a family of impoverished grifters, these clueless one-percenters are tricked, fleeced, and even killed. In the end, both families are torn apart in a homicidal meltdown. Although there’s a grim satisfaction in watching rich people brought low, the violence on both sides reminds viewers that no one emerges unscathed from class warfare.

There is a more explicitly political treatment of this idea in “The First Purge,” the highest-grossing title in the “Purge” movie franchise. A radical right-wing party devises a way to cut social services by creating a “purge night” on Staten Island, one night in which people are allowed to break any law — especially murder. When residents of the borough would rather party than kill one another, the right wingers secretly send in militias and white supremacist groups to incite violence. The horror in this film comes from the way it lays bare the violence inherent in policies aimed at eliminating social services for the poor and disenfranchised.

If those facing real-world racism seek out horror stories as therapy for what ails them, then it makes sense that today’s most effective satires give tangible form to unacknowledged American nightmares. It isn’t enough to laugh off what’s hurting us. Horror is a call to action. It’s time to slay some monsters.