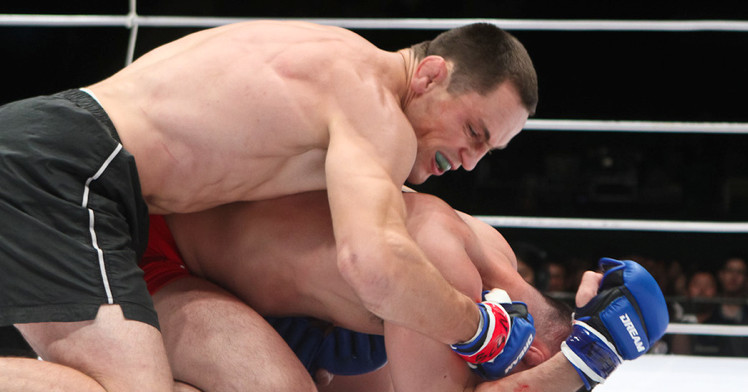 Former Bellator, Strikeforce and DREAM welterweight Marius Zaromskis has finally set his debut at KSW 56 for a fight against Andrzej Grzebyk on Nov. 14 in Lodz, Poland.

Promotion officials confirmed the matchup to MMA Fighting on Friday.

Zaromskis (21-9, 1 NC) was originally slated to make his first KSW appearance back in March, but the event was scrapped due to the ongoing coronavirus pandemic.

The 40-year-old veteran last fought in May 2019 when he earned a knockout over Aliaksandr Danilchenko in Bushido FC. Zaromskis is best known for his run through promotions like DREAM in Japan where he picked up notable wins over Hayato “Mach” Sakurai and Jason High.

He also picked up a win over PRIDE legend Kazushi Sakuraba when they clashed in 2010.

As part of Strikeforce and Bellator, Zaromskis battled fighters such as Nick Diaz, Jordan Mein and Nordine Taleb.

Now Zaromskis makes his KSW debut with a potential welterweight title shot on the line as he faces off with Grzebyk, who comes into the fight with a 17-3 record overall.

Grzebyk has won his past nine fights in a row including a knockout in his KSW debut in July.

The upcoming KSW 56 card will be headlined by a middleweight clash between Roberto Soldic and Michal Materla with a light heavyweight title fight pitting Tomasz Narkun against Ivan Erslan in the co-main event.