After the Hyundai HB20 that was panned by Latin NCAP for its safety performance (or lack thereof), another model from the Hyundai-Kia group, the Picanto, is getting plenty of heat from the independent assessment program. Latin NCAP calls upon Kia to upgrade the Picanto (Morning) sold in South America after it scored zero stars during their latest round of crash tests.

The model is offered with just a driver’s airbag as standard, but even with the passenger’s airbag installed the results would have been the same, according to the New Car Assessment Program (NCAP) for Latin America and the Caribbean. Furthermore, ABS and ESC are not standard, and the side body and head airbags are not available even as options.

See Also: You Wouldn’t Want To Be Inside A Hyundai HB20, One Of Brazil’s Best Sellers, If It Crashes 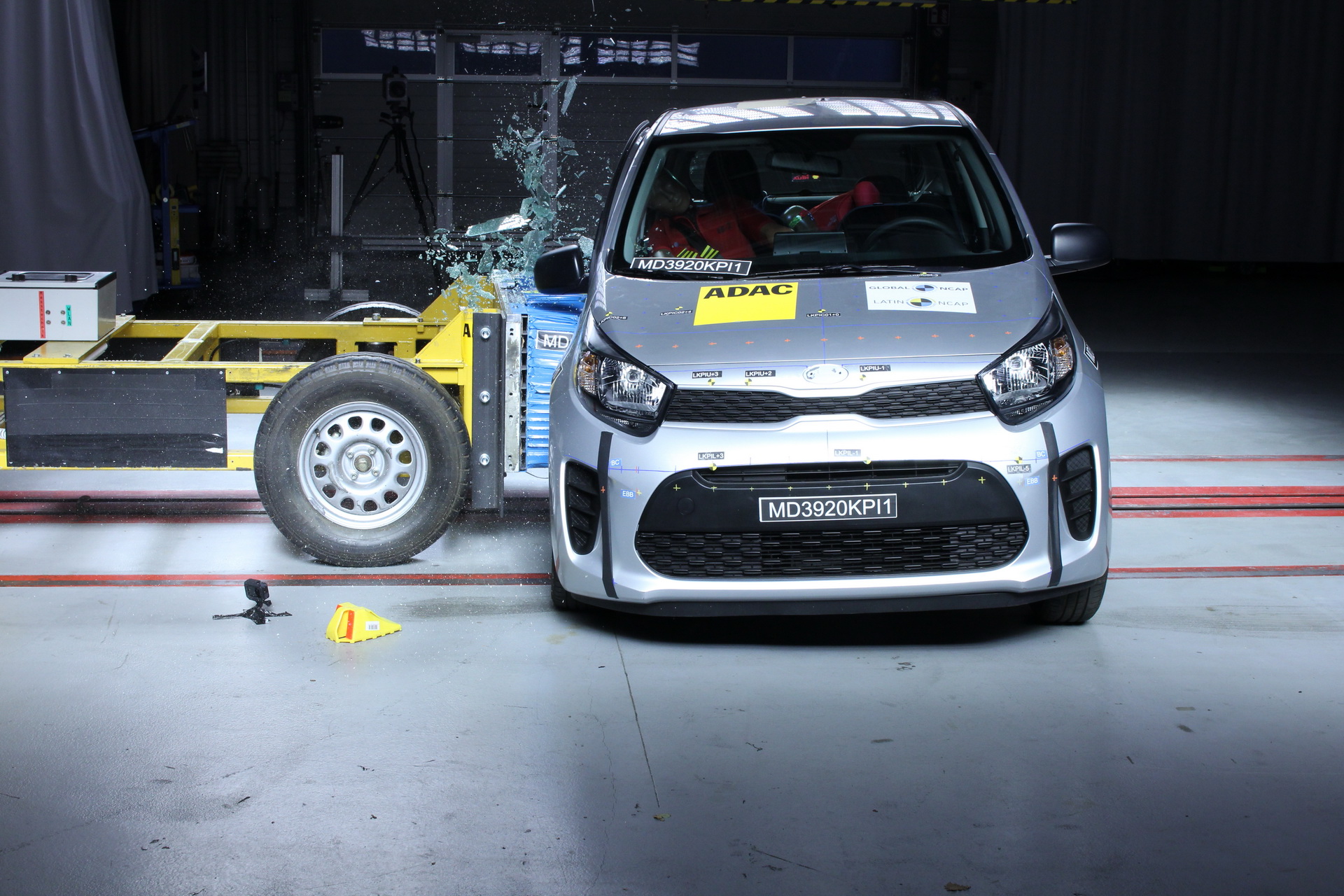 “It is absolutely appalling that a global car manufacturer like Kia offers the Picanto with 6 airbags, pedestrian protection and ESC standard, for €8,700 ($10,185) in European markets, while in our region, the car offers such poor safety levels”, said Latin NCAP’s Secretary General, Alejandro Furas.

“The European safety equipment is not even offered as optional in Latin America. Latin NCAP calls and encourages Kia to act now and make substantial improvements in the Picanto as well as in all its fleet in Latin America and the Caribbean region”, he added. “Latin NCAP does not recommend consumers to buy such a poor safety performer model at all.”

Our Review: 2019 Kia Picanto GT Line Is Quite A Little Charmer

“It is unacceptable that the same manufacturer has this double standard”, commented Chairman Ricardo Morales. “For this to stop happening, it is necessary for governments to promote an independent and transparent consumer information system as Latin NCAP and thus improve the safety levels of vehicles sold in the region.”