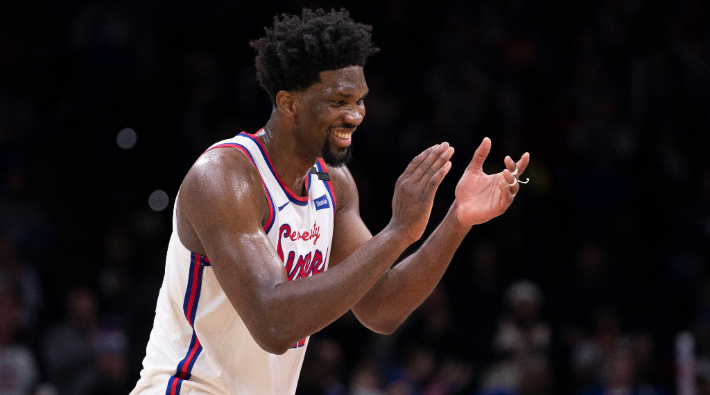 Joel Embiid is going virtual on Friday night to celebrate the release of his first-ever signature shoe with Under Armour, the UA Embiid One, hosting an NBA 2K21 tournament on Twitch alongside NFL wide receiver Justin Jefferson and celebrity gamer and 2K League champion LosPollosTV.

The competition will be streamed on Under Armour’s Twitch channel at 7 p.m. ET and will pit six challengers against one another for the opportunity to take on Embiid in the final round. The winner will get bragging rights (which you can be sure Embiid will take advantage of if he wins) as well as a pair of the UA Embiid Ones sent to a charity of the winner’s choosing.

Heading into his seventh season in the NBA, the three-time All-Star is finally getting his first signature sneaker, and as one of the most active athletes on social media and in advertisements for an assortment of products, it’s no surprise he’s going straight to the fans to celebrate the release of the UA Embiid One.

It’s unclear how much 2K game Embiid has, so Sixers fans may want to tune in to see whether one of the actual gamers can knock him off during his own release event. Either way, it’s all for a good cause, and one lucky charity is going to get a shiny new pair from the first batch of UA Embiid Ones.