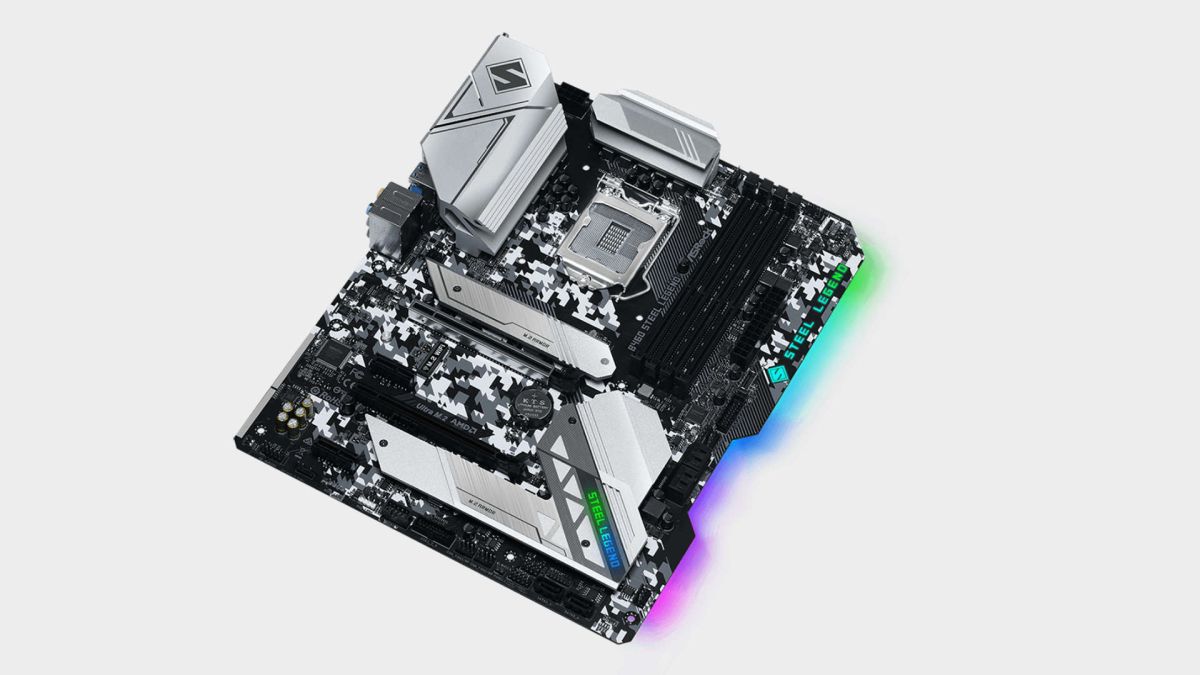 With previous generations of Intel chips, at least as far back as it’s worth discussing, only high-end motherboards with the top chipsets supported overclocking, and with only with K-series processors. You’ll still need a K-series processor even with Rocket Lake, we’re told, but you’ll soon be able to overclock on more affordable mid-range motherboards.

Intel fell short of detailing the specifics of which boards will gain the ability to overclock, but we would assume that means the 500-series equivalent to Intel’s existing B460 chipset.

Intel will introduce a new lineup of 500-series motherboards alongside Rocket Lake CPUs next year, the company confirmed yesterday.

We’re also told that Rocket Lake will be supported on existing 400-series motherboards, as both it and Comet Lake 10th Gen processors share the LGA 1200 socket. Whether overclocking will be patched retroactively into B460 motherboards, Intel was unable to say, and suggested that may be down to specific motherboard manufacturers to implement.

You’ll want decent VRMs no matter what board you use if you intend to overclock your CPU. Capability of motherboard components is sure to factor in to any decision by motherboard manufacturers, and we may end up seeing some older, cheaper boards support overclocking and some that don’t.

There are also other new overclocking features coming with Rocket Lake, an Intel spokesperson tells us. These include: per core frequency states (without per core voltage), AVX512 offset settings, and AVX disable/enable options.

All of which, Intel says, should help users get a little more out of their chips, if they so wish.

Yet we don’t yet know how great an overclocker the 11th Gen Rocket Lake chips will be just yet—so how much of an effect these features will have is up for debate. Comet Lake hasn’t proven to be much of a dab hand at overclocking, at least not without enthusiast overclocking equipment, likely down to the already rather high clock speeds it runs at out of the box.

Rocket Lake could, perhaps, be a little different, considering it’s a brand new architecture. It is using the same 14nm process node, however, and I’d expect Intel would want to crank up clocks as high as it can to ensure the best performance in the face of AMD Ryzen 5000 processors.

At least some unwritten rules are changing with Rocket Lake: you no longer need a high-end motherboard to overclock, architecture and process node needn’t be intrinsically linked together, and that it may somehow end up being the cheaper option next to AMD Ryzen.

Intel Rocket Lake will launch in Q1, 2020. After that, Intel will shift focus to Alder Lake, which is an even more drastic change for the company’s desktop processors as it will integrate a hybrid architecture of Golden Cove and Gracemont cores.