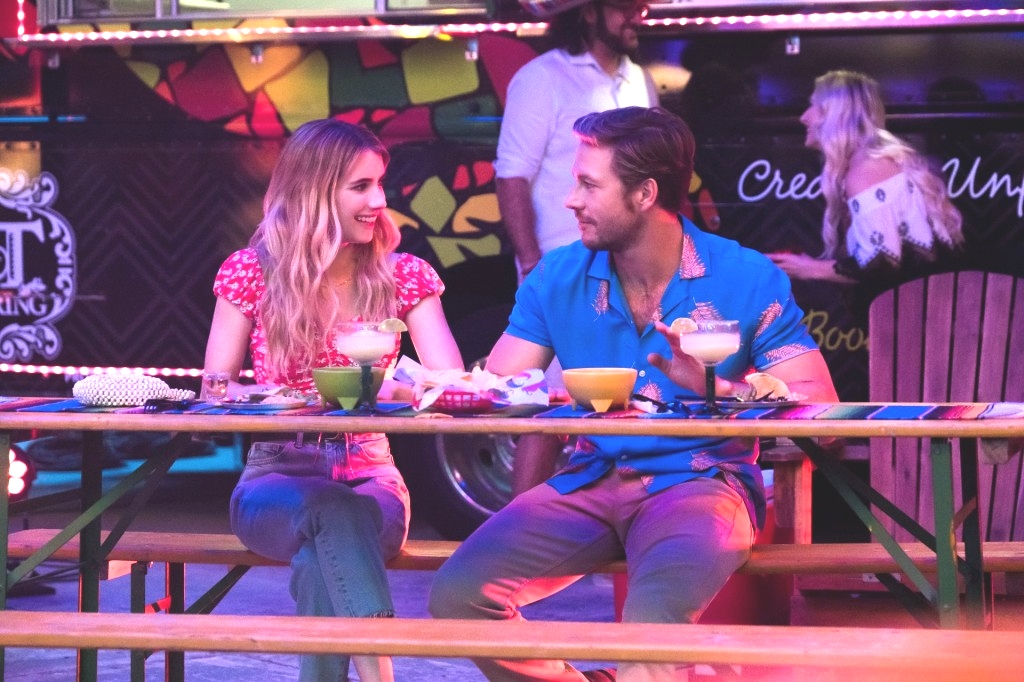 Netflix wraps up October with one final spooky offering and, you guessed it, a holiday movie. His House might prove to be the most terrifying horror film the streaming service has delivered this Halloween, starring Matt Smith and Lovecraft Country’s Wunmi Mosaku. But if you’re tired of being scared — by the movies you watch, not real life — maybe Emma Roberts’ new rom-com is more your speed.

Here’s everything coming to (and leaving) Netflix this week of Oct. 30.

Lovecraft Country’s Wunmi Mosaku stars in this British horror flick landing on Netflix this week. The film follows a couple that flees war-torn South Sudan and applies for refugee status in England. As they try to adapt to life in a small town, evils lurking in their neighborhood (and their house) threaten their newfound safety. It’s a wholly original take on the genre, and if you’ve been watching Lovecraft, you know how good Mosaku will be in it.

Emma Roberts and Luke Bracey star in this millennial rom-com with a holiday twist — because really, it’s never too early to start watching Christmas movies. Roberts plays Sloane, Bracey plays Jackson. They’re both single and dreading spending the holidays with nosy family members constantly pestering them about their dating life. So they make a pact to be each others’ plus one throughout each holiday of the year. You can guess where this will go, can’t you?

Here’s a full list of what’s been added in the last week:

Avail. 10/28
Holidate
Metallica Through The Never
Nobody Sleeps in the Woods Tonight
Secrets of the Saqqara Tomb

Avail. 10/30
Bronx
The Day of the Lord
His House
Somebody Feed Phil: Season 4
Suburra: Season 3

And here’s what’s leaving next week, so it’s your last chance:

Leaving 10/31
Ace Ventura: Pet Detective
Burlesque
Charlotte’s Web
Clash of the Titans
District 9
The Firm
Fun with Dick & Jane
The Girl with All the Gifts
Grandmaster
Highway to Heaven: Seasons 1-5
The Interview
Just Friends
Magic Mike
Nacho Libre
The Naked Gun: From the Files of Police Squad!
The NeverEnding Story
The NeverEnding Story 2: The Next Chapter
Nights in Rodanthe
The Patriot
Set Up
The Silence of the Lambs
Sleepless in Seattle
Sleepy Hollow
Spaceballs
The Taking of Pelham 123
The Ugly Truth
Underworld
Underworld: Evolution
Underworld: Rise of the Lycans
Zathura

Leaving 11/1
Don’t Be Afraid of the Dark
Hoodwinked Too! Hood vs. Evil
Olympus Has Fallen
Shark Night

Leaving 11/6
Into the Forest
Krisha