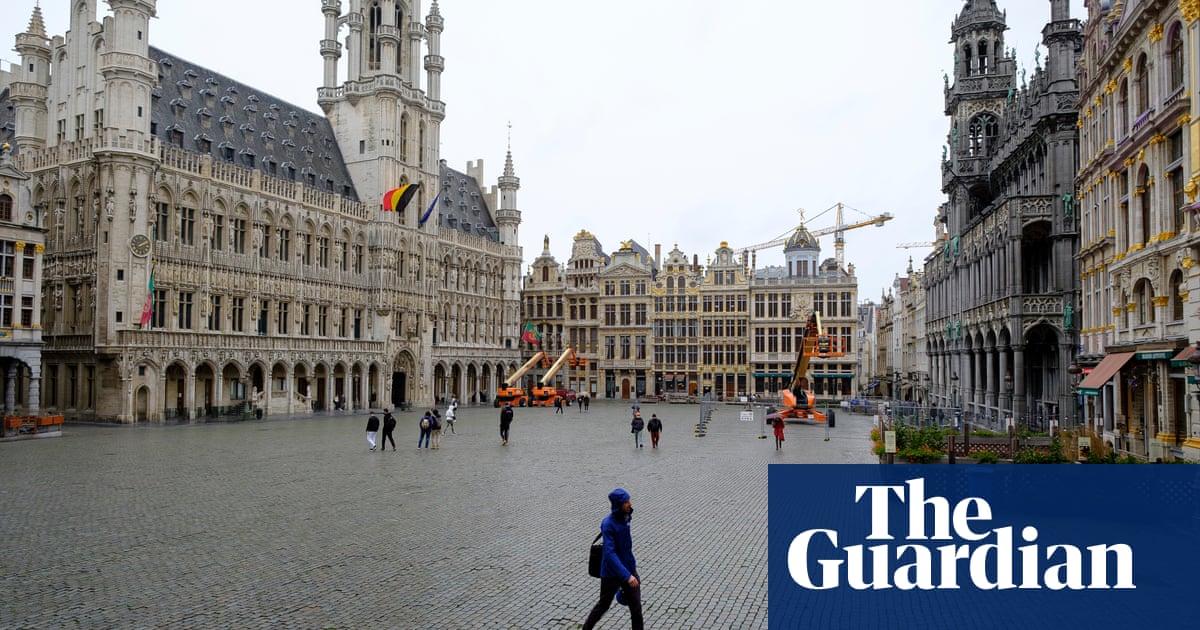 Belgium was in effect put into a second national lockdown on Friday as scientists and officials directing efforts to control coronavirus said the government’s already tough restrictions were failing to work and that deaths were doubling every six days.

Belgium’s prime minister, Alexander De Croo, said the government had no choice but to move into a “stricter lockdown”. “Our country is in a health emergency,” he said. “The pressure on hospitals is immense, our care providers are making inhuman efforts. In the past week, 100,000 of our fellow countrymen were infected, we do not see any change … We are moving to a stricter lockdown.”

After six hours of debate the federal government and the states decided to close all non-essential businesses for six weeks from Monday, including hairdressers. Supermarkets will only be allowed to sell essential items.

Only one visitor will be allowed in each household and gatherings in public places will be restricted to four people. Those who live alone may have two visitors.

It is already mandatory to work from home where possible and that will continue. The current midnight to 5am federal curfew will continue and bars and restaurants will remain shut.

Schools will, however, reopen on 16 November after an extended half-term break and people will not have to give a reason to leave their homes, as in France.

The European Centre for Disease Prevention and Control (ECDC) said this week that Belgium had the highest number of coronavirus infections per 100,000 people in Europe.

Belgium has reported 1,391 new infections per 100,000 inhabitants over the past two weeks. Rates have alsosoared elsewhere across the continent, prompting a series of governments to tighten their restrictions on social contact.

The Greek government said that from Friday it would impose regional lockdowns on its second-largest city of Thessaloniki and two other regions after a rise in cases.

A new record in daily cases was reported in Spain, with a further 23,580 infections, bringing the nation’s tally to 1,136,503, health ministry data showed.

The Spanish government voted on Thursday in favour of a six-month extension of the state of emergency, which allows Spain’s 17 regional governments to limit mobility, impose curfews and shut their borders with other regions.

Italy registered a record 26,831 Covid infections in the previous 24 hours, its highest daily increase since the beginning of the pandemic. Under new restrictions, bars and restaurants must stop serving customers at 6pm while cinemas, theatres, swimming pools and gyms must close completely.

With intensive care units under strain in many countries, including in Belgium, Germany’s health minister, Jens Spahn, said his country would open its hospitals to neighbouring countries for as long as it could. Belgium transferred its first patients to Germany on Thursday.

Speaking after a video conference with his European counterparts, Spahn said: “It makes us humble and grateful to be lucky enough to be able to support our neighbours. So far we have taken from the Netherlands. Of course we will help Belgium, the Czech Republic and all our neighbours as soon as they ask and as long as we can.”

There has been growing acceptance in all parts of Belgium that a new series of restrictions would be imposed.

Dr Yves Van Laethem, Belgium’s federal spokesman for Covid-19, had warned last week a lockdown would be inevitable unless the current measures began to bear fruit this week. He told reporters on Friday that he was unable to report any positive developments.

“The indicators have not changed and all remain red,” Van Laethem said. “For the last week, for the first time, we exceeded 100,000 new contaminations. Hospital admissions remain high with a doubling every eight days and we have a doubling of mortality every six days. In short, nothing is changing in a favourable way at the moment.”

The government has been forced to stop testing those who are asymptomatic due to a lack of laboratory capacity, leading to a week-on-week increase in recorded infections of just 38%.

“[But] projections have also concluded that if the testing policy had not been modified, 18,000 contaminations per day would be recorded, an increase of 66%,” Van Laethem said.

The pandemic hotspots are in Liège, Hainaut and the Brussels capital region. On Wednesday a record was broken with 743 hospital admissions, higher than any day at the height of the first wave.

The French president, Emmanuel Macron, took France into a lockdown at midnight on Thursday until at least December, warning that the country’s health system was being “overwhelmed” by the disease. A dash by Parisians to either escape the new national lockdown or scramble back to the French capital to prepare for the restrictions caused record traffic jams on Thursday night.

The movement in and out of the city created 706km (438 miles) of traffic on roads in the region by 6pm, according to France’s traffic department. Germany is also shuttering its hospitality and leisure sectors from Monday.