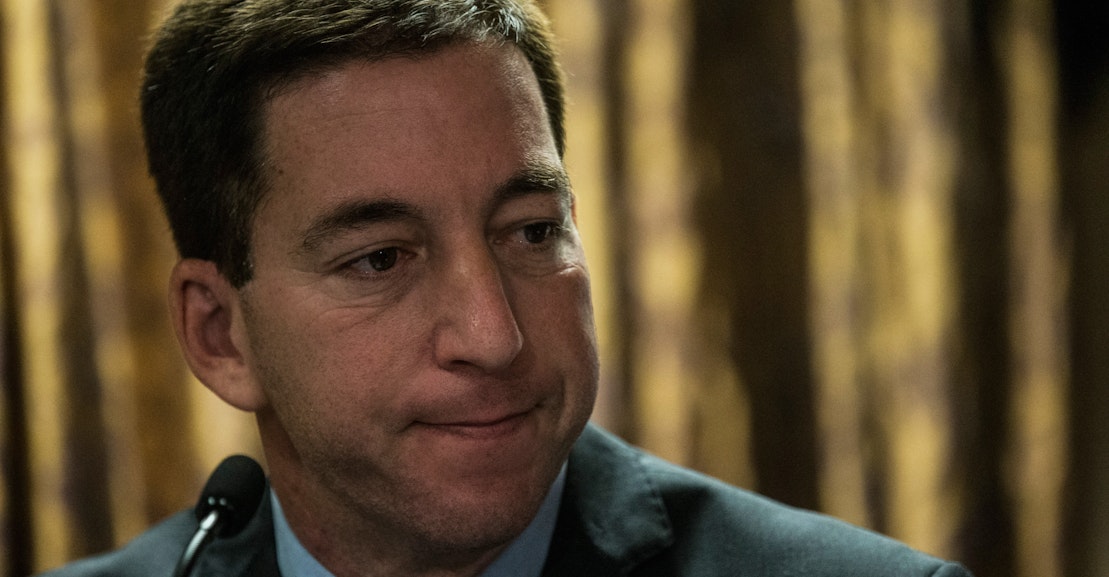 It takes a special kind of gall to quit a six-figure media job
in the doomed year of 2020. But that’s just what Glenn Greenwald has done,
following in the martyred footsteps of erstwhile New York Times free
thinker Bari Weiss. In a 4,000-word
Substack post, Greenwald resigned from his healthy
perch at The Intercept, a publication he co-founded, explaining, in his
typically piqued and exhaustive manner, that he had been “censored.”

The censorship—an inflated and, in this case, misapplied term
that Greenwald would probably mock if used by someone else—concerns a column
Greenwald submitted about Hunter Biden’s now infamous laptop. In Greenwald’s
view, the column was censored in favor of a pro-Biden narrative being
promulgated throughout The Intercept, a once noble publication now laid low by
the plague of liberal-leftist illiberalism and groupthink that has become
Greenwald’s recent obsession. As part of his comprehensive documentation of his
Intercept exit, Greenwald posted
the column on Substack, where he said his writing
will appear for now.

Greenwald also posted email
exchanges with Intercept editors that indicate they
thought the column, among other deficits, included sweeping and unsubstantiated
claims about media malfeasance and implied Biden family corruption. As
Intercept editor Peter Maas wrote, in a section that Greenwald bolded: “Overall
I think this piece can work best if it is significantly narrowed down to what
you first discussed with Betsy [Reed]—media criticism about liberal journalists
not asking Biden the questions he should be asked more forcefully, and why they
are failing to do that.”

Censorship! Or, just maybe, an editorial note that a notoriously
egotistical writer doesn’t like. That Greenwald chose to bold this section—as if
it exemplified the suppressive behavior of what he calls  “an increasingly authoritarian, fear-driven,
repressive editorial team in New York bent on imposing their own ideological
and partisan preferences on all writers”—only reveals his lack of familiarity
with any rigorous editing.

You could spend hours of your life that you’ll never get back
parsing Greenwald’s resignation letter, his spiked column, the emails from
editors, and his feverish tweets about it all. Instead, you could skip to the
real problem here, which is that Greenwald seems to think he is beyond editing
or critique. As he
wrote to an editor, “Recall that under my contract, and the
practice of The Intercept over the last seven years, none of my articles is
edited unless it presents the possibility of legal liability or complex
original reporting.”