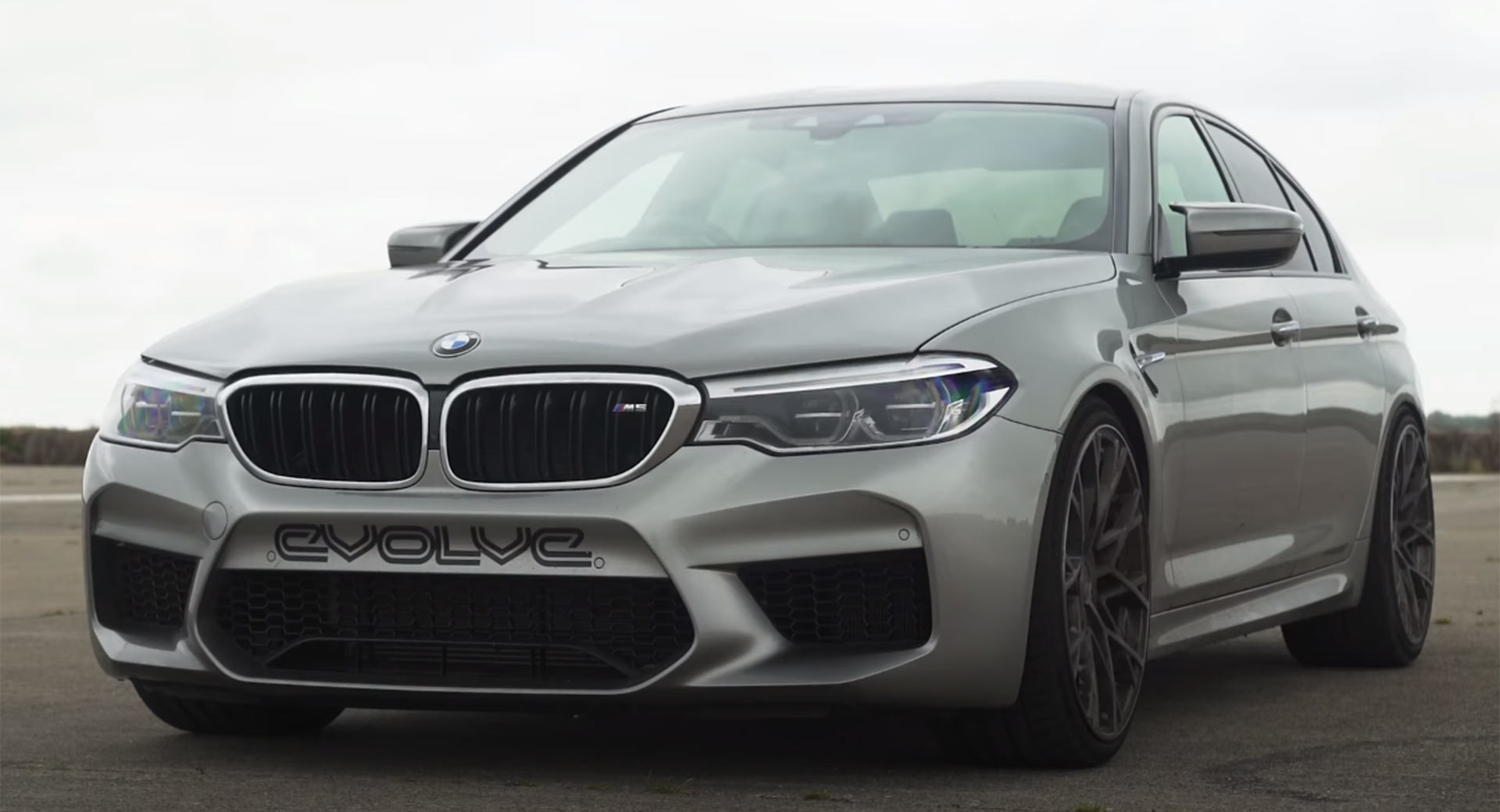 The current-generation BMW M5 is an amazing weapon and when modified to produce 1,000 hp, becomes a supercar killer.

This BMW M5 resides in the UK and was recently tested out by both CarWow and AutoTopNL. In the first video below, CarWow tests it out against a Porsche 911 Turbo S Cabriolet while in the AutoTopNL video, it is put to the test along an unrestricted section of the German Autobahn. In both films, it proves to be an extraordinary performer.

Read Also: 2021 BMW M5 Gets Revised Looks, Is More Imposing Than Ever

In the above video, the M5 is too much for the 911 Turbo S Cabriolet to handle. Off the line, the Porsche got the jump on the BMW as the big, heavy sedan struggled to efficiently put its power to the ground. However, once the speeds started to build, the M5 stormed past the Porsche. It ultimately ran down the quarter-mile in 10.0 seconds, meaning it is the quickest car down the quarter-mile ever tested by the channel, dethroning the 911 Turbo S Coupe with its best time of 10.1 seconds.

It’s not just from a standstill where the BMW shines. In a rolling drag race, it also proved to have the advantage over the 911 and claimed an easy victory. It may be heavier and less aerodynamic than the 911 but the power advantage is just too much for the 911 to compete against.

The other clip that follows below includes a handful of high-speed runs along the Autobahn in the car. Not only does it reach 315 km/h with ease but it looks incredibly stable while doing so.