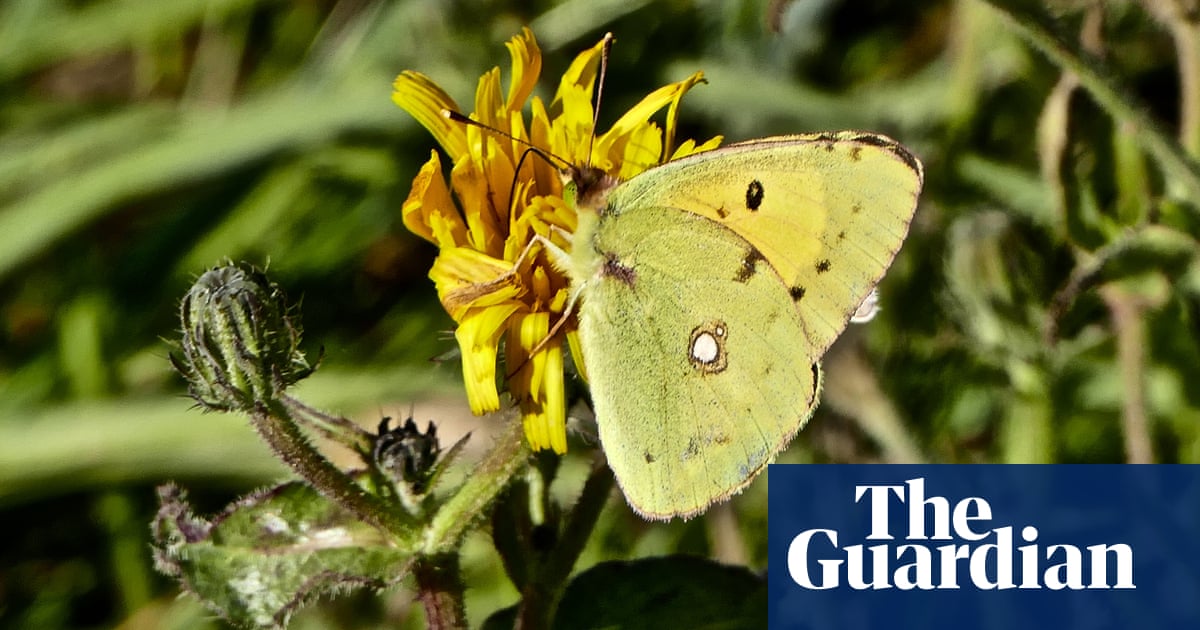 I was strolling across a field near the Dorset coast on a cool, blustery day recently when I caught sight of a speck of gold in the wind.

Flying with its characteristic indomitable vigour was a clouded yellow, one of our regular migratory butterflies.

Alongside the painted lady, the clouded yellow is counted as one of Britain’s 59 native species although it can’t survive the British winter. It arrives across the Channel every spring and breeds on southerly coasts and downs before a British-born generation return south to sunnier climes each autumn.

Unsurprisingly given its voyaging, the clouded yellow is particularly dynamic in flight.

A Victorian lepidopterist, WS Coleman, memorably described his pursuit of a clouded yellow as an unequal contest between “a heavy biped, struggling and perspiring about the slippery hillside” and “a winged spirit of air, to whom uphill and downhill seem all one”.

While painted ladies are a common sight every year, a “clouded yellow summer” is rarer. Living in East Anglia I often go several years without seeing one. This year is definitely a clouded yellow autumn so look out for them on fine days. I wished mine “bon voyage” as it zipped over the horizon.