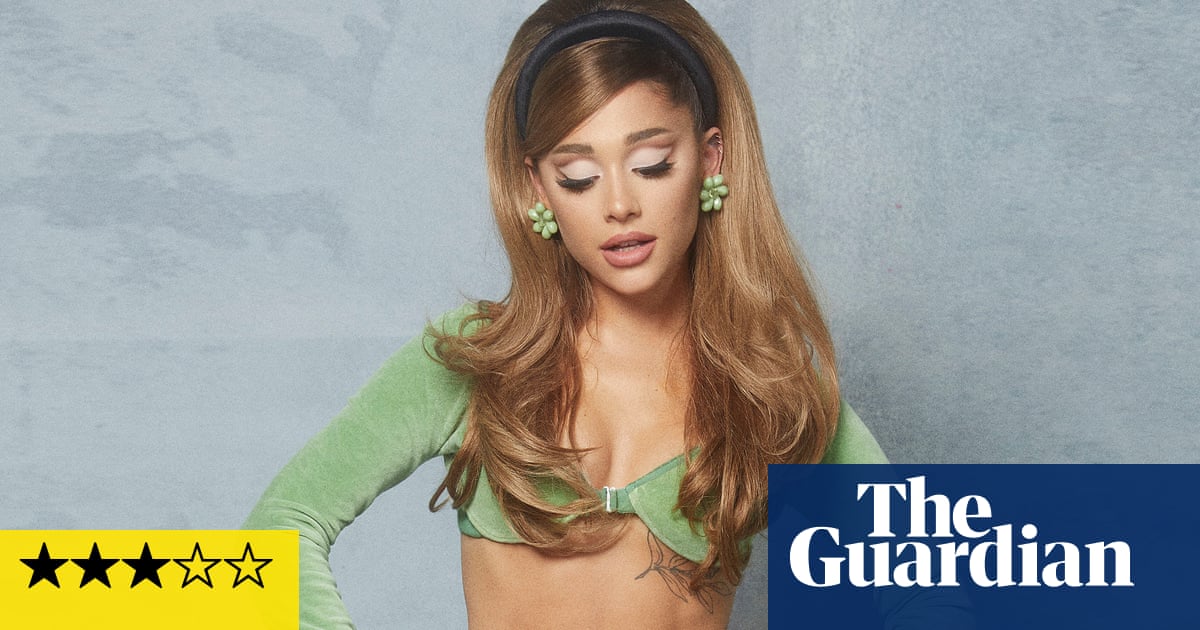 Over the years, pre-release leaks of big albums have provoked everything from collapses in sales of the actual product to legal action. But the unscheduled appearance of Ariana Grande’s sixth studio album in the darker corners of the internet earlier this week provoked something different entirely. “THANK U, SEX!” screamed the headline in the Sun (in reference to her last album, 2019’s Thank U, Next), above a news story that promised Positions would reveal “graphic detail about all-night romps”. The ensuing lyrical analysis proceeded in time-honoured tabloid style. They seemed to have forgotten to use the phrases “sexSATIONAL” and “too shocking to print in a family newspaper”, but otherwise it was all present and correct: from “x-rated” and “steamy” to “bares all” and “sizzling” to the classic implication that they were printing all this out of a sense of moral duty: “Lyrics that will shock many parents of her young fans.”

This must clearly irk the 27-year-old singer. All those weeks carefully teasing your new album via Twitter with coy snatches of lyrics, insistences that you’re so excited about it that you “can’t stop crying” and links to websites where fans can buy a bundle of three CDs (identical save for the marginally different poses on each cover), and you’re gazumped by a grotty British tabloid in full stick-it-up-your-punter mode. Though the Sun have a vague point. Positions arrived at short notice, a few days before the US election, which seemed pointed. But anyone who expected Grande to return to the vague politicking of 2018’s The Light Is Coming – a track built around a sample of an angry rightwing crowd protesting Obamacare – is in for a disappointment.

There’s a token song about our old friends the haters (Shut Up) and a bit of self-help stuff about meditating and manifesting your wishes by writing them down and sending them “to heaven” (Just Like Magic). But from the title down, Positions’ primary occupation is the state of Ariana Grande’s sex life, expressed directly (“fuck me til the daylight”, “this pussy designed for you”), a little clunkily (“you might need a seatbelt when I ride it”) and through the medium of double entendres. Some of these are straightforward – there’s a lot of stuff about keeping it up – but some of them she feels impelled to explain: “Means I wanna 69 with you,” she offers on 34+35, for the benefit of anyone who’s literally failed to do the math. Taken alongside the album’s light sprinkling of assurances that the singer has overcome the anxiety and depression that plagued her during 2018, it feels like a concerted effort not just to divest a former kids TV star of any lingering vestiges of their old squeaky-clean image, but to shift public perceptions of Grande away from the brave, tragedy-struck figure of recent years.

The music follows suit. The house rhythms and soupy electronics of Motive aside, the music sticks to a reboot of the old-fashioned R&B slow jam, at tempos ranging from relatively sprightly (My Hair, which swings joyfully, decorated with a lovely sample of muted trumpet and steel drums) to funeral dirge (Off the Table). The vocals are audibly inspired by hip-hop – there’s a faint but distinct hint of mumble-rap about Grande’s delivery and a cry of “skrrrt skrrrt” when a car is mentioned – the melodies pop-facing and candy-coated. If there’s none of the outre experimentation found on Sweetener’s best tracks, Positions is nonetheless tricked out with smart ideas: West Side is built around the sound of a tape rewinding; elsewhere, Grande’s famous “whistle note” vocal prowess often resembles the keening Summer Madness synthesisers that were a regular feature of Dr Dre’s G-funk sound.

You could live without Ty Dolla Sign’s guest appearance on Safety Net, which features the rapper slathered in Auto-Tune, delivering lyrics that carry a distinct tang of will-this-do? (“Girl, you’re mine it’s safe to say / At the end of the day”) or indeed the finale of Off the Table, a burst of extemporised singing in which Grande and special guest the Weeknd are apparently attempting deafen each other, but otherwise virtually every track is fine, at least if taken in isolation.

The problem comes with the album as a whole. Of late, Grande has dealt largely in understatement, something you could see as evidence of maturity and sophistication, or of an artist who is currently so famous she doesn’t have to try too hard to attract people’s attention. On Positions, there isn’t an obvious standout track, nor is it the teeming smorgasbord of potential singles that constituted Thank U, Next. The closest it comes to a glittery pop hit is Love Language, built around disco strings and a mush of distorted vocals.

Combined with the languorous pace at which Positions proceeds, the overall effect is of individual tracks bleeding into one long slow-motion shot. There’s a cynical theory that’s exactly what you want an album to sound like these days – nothing to jolt the listener who streams it in the background – and it’s certainly more consistent than Sweetener, an album that kept lurching between the out-there and the expected. But despite the tabloid pre-publicity and the lyrical preoccupation with all-night romps, Positions deals in polished professionalism, not pulse-quickening excitement.