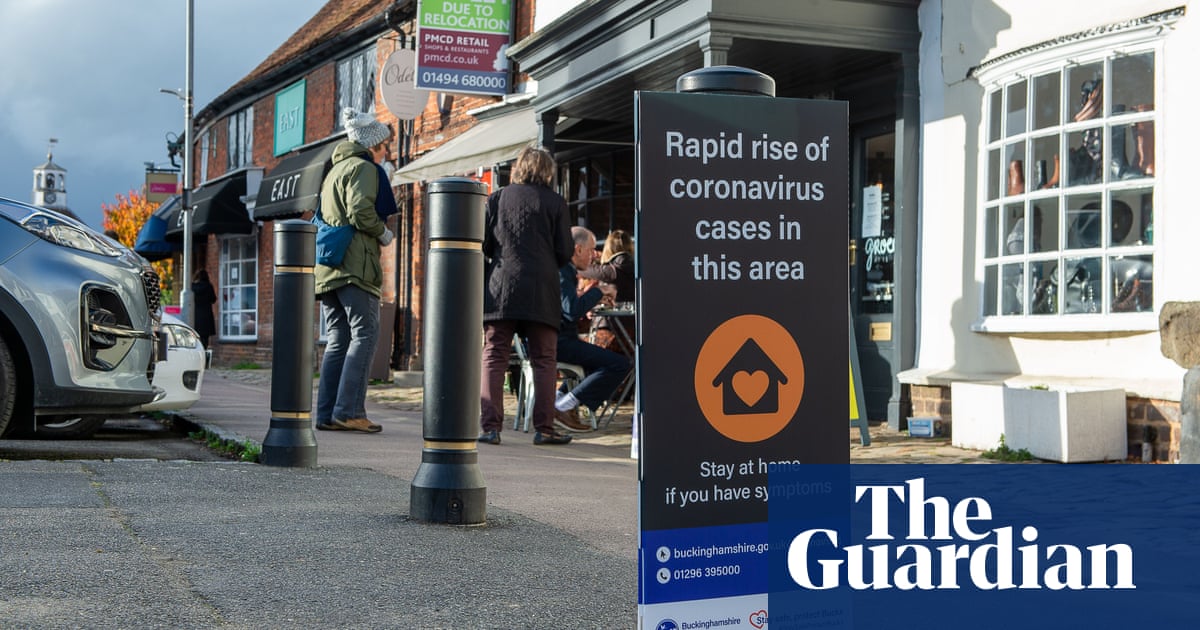 National lockdowns should be used only as a “reserve” measure to control coronavirus, according to the World Health Organization’s special envoy on Covid.

Dr David Nabarro said “circuit breakers” should not be a “primary measure” for tackling the spread of Covid, as France prepares for its next national lockdown and Germany introduces tighter national measures.

The UK government continues to say it will do “everything we can” to avoid a national lockdown, despite pressure from its own advisers to impose one.

A leaked document produced by modellers on the Scientific Advisory Group for Emergencies (Sage) found that under a “reasonable worst-case scenario”, 85,000 people could die from a second Covid wave, and 356,000 people could be hospitalised.

Speaking on BBC Radio 4’s Today programme, Nabarro, a British doctor, suggested that while lockdown restrictions in the north of England appeared to be slowing the spread of the virus in some places, cases were rising in the south where household mixing is still allowed in many places.

Local action in the north had led to “a sort of levelling up, and southern parts of the UK are speeding up,” said Nabarro.

But he cautioned against a full national lockdown, describing it as “a very extreme restriction on economic and social life” that temporarily “freezes the virus in place”.

He said: “You don’t want to use those as your primary, and I stress that, primary, means of containment. Because in the end living with the virus as a constant threat means maintaining the capacity to find people with the disease and isolating them.”

Building a robust test, trace and isolate system must remain the priority for all governments, said Nabarro, “with lockdown still the reserve that you use to take the heat out of the system when things are really bad”.

In media interviews on Thursday morning, the communities secretary, Robert Jenrick, accepted that coronavirus rates were in a “bad place” all over the country but said the government was resisting calls for another national lockdown.

He told Sky News: “We will continue with our localised but proportionate approach on taking action where the virus is strongest, but you can see from those figures that the virus is in a bad place in all parts of the country.

“The approach of trying to bear down on it where it is most concentrated I think continues to be the best way forward because despite the fact the virus is rising across the country, it is very concentrated in some places nonetheless.”

Dr Mike Tildesley, a professor of infectious disease modelling at the University of Warwick, who is on the committee that produced Sage’s worst-case scenario for the coming winter, said urgent action was needed to slow the spread of the virus.

Stressing that the modelling was not a prediction but simply a way of working out what would be needed if things went very badly in the coming months, Tildesley said that on the current trajectory some areas had slightly higher caseloads than even the worst-case scenario.

He told Today: “R is greater than 1 everywhere and if we don’t take urgent action, we are most likely to see that as we approach the festive period we are probably going to be in at least tier 2 pretty much everywhere in the country. So really we need to move away from these regional firefighting techniques to try to move to something more national.”