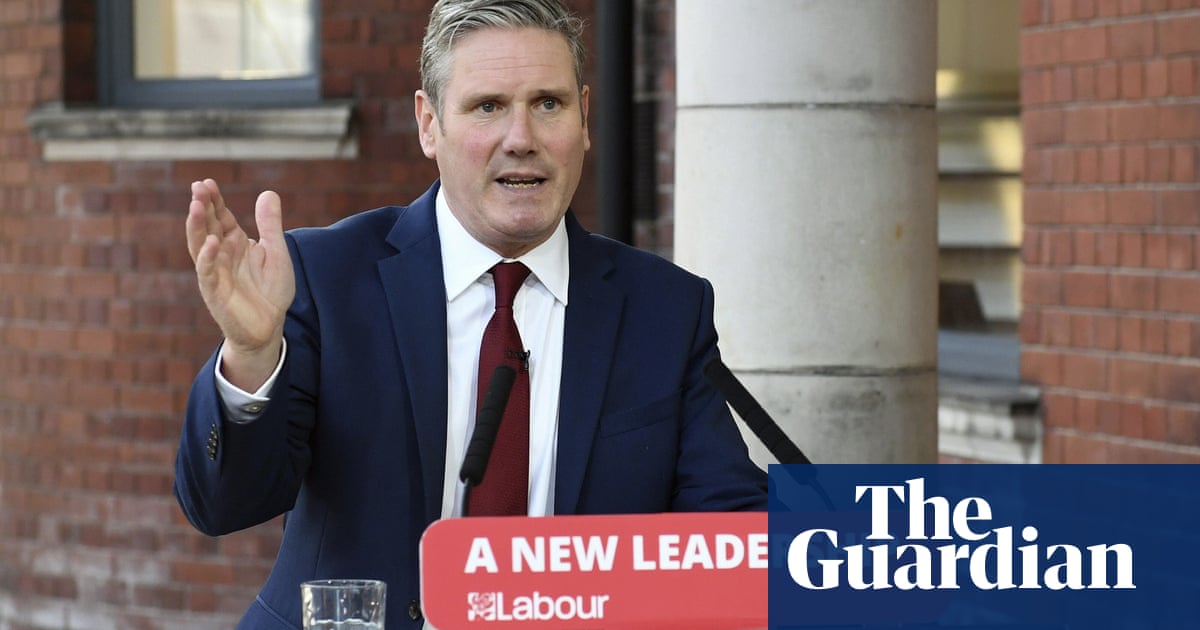 Keir Starmer has kept open the possibility of disciplinary action against Jeremy Corbyn after saying a report that found Labour responsible for unlawful acts of antisemitism amounted to “a day of shame” for the party.

Answering questions after a reading a statement in which he apologised to Jewish members and the Jewish community more widely, Starmer repeatedly declined to say whether his predecessor as Labour leader should face action, saying this was up to internal party processes.

The Equality and Human Rights Commission (EHRC) said it had found not just serious and unlawful failings over antisemitism, but evidence that Corbyn’s team sought to interfere in the complaints process.

But Starmer accepted that it was not the EHRC’s role to dictate individual responsibility, and said the party would look at whether any should be attributed.

“Those cases are for us to investigate, of course they are,” he said. “Let me be clear – there are no cases that shouldn’t be looked at, at all. I will leave it to the team to look at those. I’m just not going to pick out individual cases and suggest what should or shouldn’t happen.”

Starmer said he would “look carefully” at Corbyn’s response to the report, after the former leader said the scale of antisemitism in the party had been “dramatically overstated for political reasons by our opponents”.

In his opening statement, Starmer said those who denied the problem of antisemitism should be “nowhere near” Labour. Questioned about Corbyn’s response, he said: “I’ll look carefully at what Jeremy Corbyn has said in full.

In his statement, Starmer said the EHRC’s findings were “clear and stark”.

He said: “I found this report hard to read. And it is a day of shame for the Labour party. We have failed Jewish people, our members, our supporters, and the British public.

“And so, on behalf of the Labour party, I am truly sorry for all the pain and grief that has been caused. To Jewish people, our Jewish members, our longstanding Jewish affiliate, JLM [the Jewish Labour Movement].”

Answering questions, Starmer denied that he had been complicit in the problem while serving as shadow Brexit secretary under Corbyn.

He said: “I spoke out both in the shadow cabinet and outside the shadow cabinet – that’s a matter of record – on issues such as the international definition [of antisemitism being adopted by Labour] and the rule changes we needed.”

In his statement, Starmer said Labour would accept the report “in full, and without qualification”, and would provide the EHRC with a plan to do this within six weeks.

Starmer added: “We also need a culture change in the Labour party. It must become, once again, an open and welcoming place for people from all backgrounds, and all communities.

“And if – after all the pain, all the grief, and all the evidence in this report – there are still those who think there’s no problem with antisemitism in the Labour party, that it’s all exaggerated, or a factional attack, then, frankly, you are part of the problem too, and you should be nowhere near the Labour party either.”