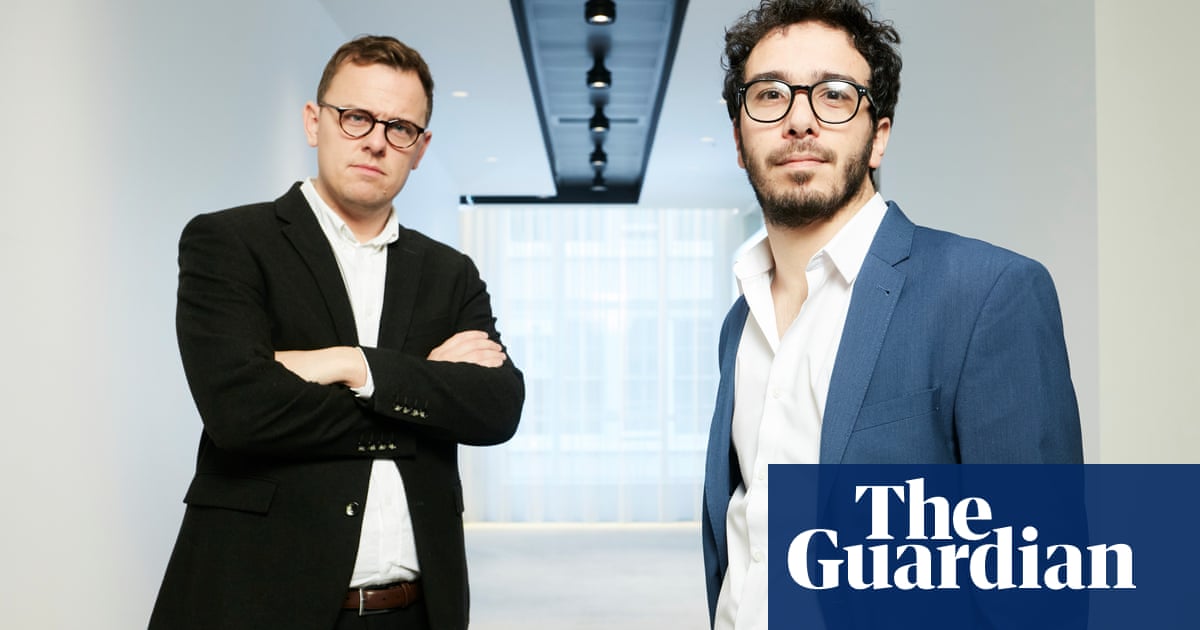 More than 70 whistleblowers consisting of current or former Labour staff, MPs and officials submitted testimony on antisemitism to the Equality and Human Rights Commission, as part of a coordinated effort by two Jewish Labour councillors who say the process has left them traumatised.

The Guardian can reveal that two of the whistleblowers were offered physical security, guidance against potential cyber-attacks, legal advice and counselling as part of a concerted effort to collect widespread evidence of antisemitism across the party.

The two councillors from the Jewish Labour Movement received 800 pieces of submitted evidence from Labour members of their experiences in the party, which included posters of Donald Trump being left on members’ lawns and threats of violence.

Both Adam Langleben, a former Labour councillor in Barnet, north London, and Peter Mason, who remains a councillor in Ealing, west London, say the experience of submitting evidence to the EHRC cost them their mental wellbeing.

Mason and Langleben said they had initially tried to work with the then Labour leadership and be a bridge between the party and the Jewish community. However, they described losing faith in the leadership’s ability to take antisemitism seriously after Jeremy Corbyn’s defence of an antisemitic mural was revealed in 2018, leading to a protest by members of the Jewish community outside parliament.

Mason said he was visiting the attraction Thorpe Park, watching a video on his phone of an apology by Corbyn that he felt he could not accept, when he decided to change tack. “I knew any attempt to try to win them over to the argument that the community was making was just over,” he said.

After a slew of new antisemitism allegations and frustration at the party’s response, a decision was taken to gather evidence for a possible EHRC referral using the JLM website to call for member submissions.

The initial referral to the equalities watchdog was made by a separate group – the Campaign Against Antisemitism – but Mason said they were worried the referral would need to solely rely on public statements and social media, rather than the insider experiences of Jewish members and Labour staff, which only a Labour-affiliated group could reach.

“We were desperately concerned about the EHRC basically wading into a political fight,” Mason said. “Are they really going to launch an investigation into the Labour party, a potential future government? So let’s spend some time at least figuring out if we’ve got an argument.”

Langleben took charge of filtering more than 800 submissions, saying the majority met the threshold for antisemitism. “What we felt was unique was the experience of Jewish members in physical meetings and the interactions with officers.”

Mason said it was important for them to stress in their submission to the watchdog that it was not a case of anonymous trolling on Twitter. “There’s been a lot of discussion about dossiers of screengrabs of Twitter and Facebook, that crowded out arguments we were making about people’s real lived experiences,” he said.

“People would speak out in CLP meetings about antisemitism, and then would find images of Trump being left on their lawn.”

The initial referral to the EHRC had one whistleblower statement, from a member of staff who worked inside Corbyn’s office, and about 500 pages of supporting evidence from witness statements. JLM began to crowdfund for legal advice in early 2019 but also received what they described as “kind” help from lawyers at Mishcon de Reya who were “invested in it.”

After the EHRC formally launched its investigation in May 2019, Mason said they began to have “discreet conversations with what turned out to be a significant number of whistleblowers … who felt they needed to break the silence over the extent of antisemitism, but also defend their own positions in what had or hadn’t happened previously”.

Eight former Labour staffers went public in a BBC Panorama documentary later that year, alleging consistent interference from the leader’s office in antisemitism disciplinary cases, which allies of Corbyn strongly deny. That prompted a flood of contacts from Labour HQ, from people who said they felt “duty-bound” to speak to the investigation.

Langleben and Mason said whistleblowers who contacted them about giving evidence to the EHRC were offered legal advice, counselling and physical security. “We do have a member in south London who was physically assaulted,” he said.

Mason said he and Langleben would often play roles of “good cop, bad cop” with whistleblowers who told them their stories. “Adam had left [Labour] and I’d stayed; I was in a very deep and dark place, and Adam probably felt liberated. I ended up just displacing a lot of my anger.

“We’re constantly asking ourselves the question: by offering a package of support to whistleblowers, are we leading people to give us incorrect testimony? So we were like dogs with bones, trying to make sure that we always got to the actual proper truth.”

Langleben lost his council seat in the 2018 local elections, blaming Labour antisemitism fears among voters in north London, and left the party the following year, partly in solidarity with Luciana Berger, the MP who quit Labour over antisemitism, joining Change UK and then the Lib Dems before losing her seat.

“I think the anguish inside of me got to the point where actually I [could] no longer justify to myself remaining,” he said.

Mason remains a Labour member, saying he felt the good he was doing on the council “building houses, enabling people to have decent incomes” was a key factor, as well as his responsibility to Jewish members.

“I basically traded that responsibility to Jewish members for my mental health,” he said. “There is this unrelenting pressure in your local party that you are evil, you’re not really Labour, you’re doing a disservice to Labour, because you have the temerity to speak about antisemitism, that continued well beyond the election.”

Both feel the party has much further to go beyond just accepting the recommendation of the EHRC. “It’s going to be how [the Labour leader] Keir Starmer deals with the community more broadly, but also the party politically and the culture,” Mason said.

“If Labour conference were to convene today, with the same delegates from 2019, there’s not a single recommendation that the EHRC could make that would survive conference floor.”