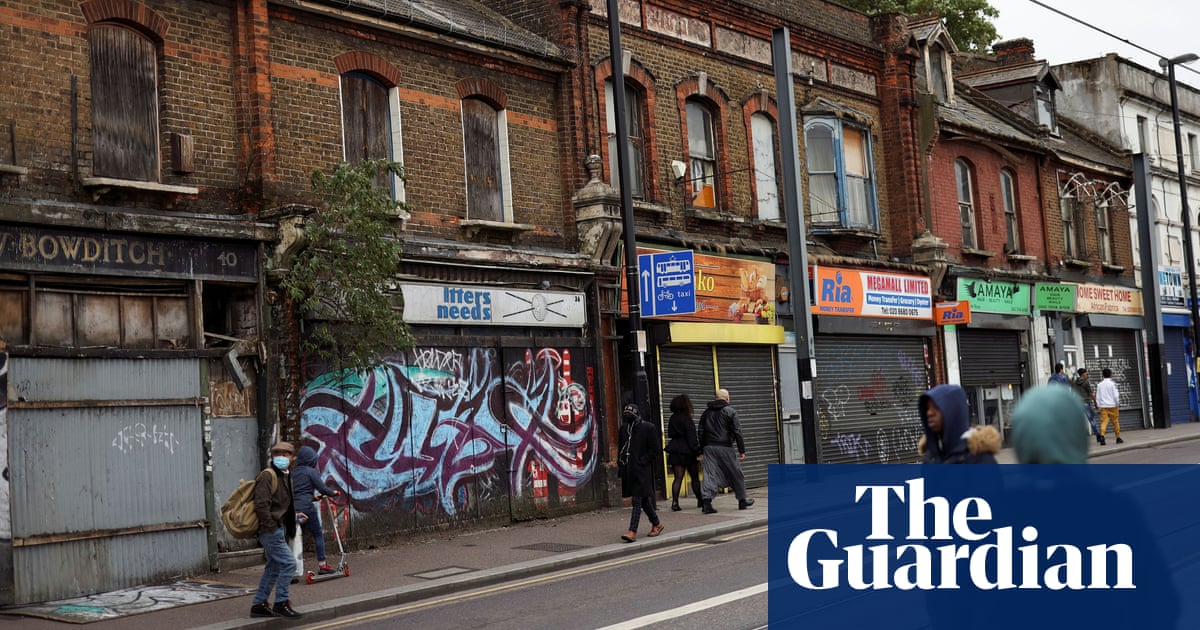 Ministers have sent in a taskforce to oversee Croydon council after an audit report revealed the Labour-run authority is on the verge of bankruptcy following a string of risky property investments and a failure to keep control of social care budgets.

Auditors heavily criticised the south London council for ignoring more than three years of internal warnings over its finances, accusing it of “collective corporate blindness” and fostering a governance culture in which poor spending decisions were not robustly challenged or scrutinised by councillors.

The council has a £60m black hole in its budget, and only £10m of financial reserves, auditors revealed, in a report that carried strong echoes of similarly deep-rooted corporate failings at Tory-run Northamptonshire county council, which declared itself effectively bankrupt in 2018.

The auditors, Grant Thornton, said Covid-19 had “ruthlessly exposed” the council’s fragile underlying financial position. “Whilst the … pandemic has created significant financial pressures for local government, the depth of the issues facing Croydon existed prior to the pandemic.”

The report’s other findings include:

The audit report revealed that Croydon’s top finance official drafted a formal section 114 letter to council bosses in September signalling the council was effectively bankrupt but this was not published following discussions with the former leader, and other senior managers.

There has been a clearout of Croydon’s top management in recent weeks with the former council leader Cllr Tony Newman, the deputy leader Cllr Alison Butler and the former chief executive Jo Negrini all leaving their posts. The new leader, Cllr Hamida Ali, has promised “decisive action” to bring the council’s finances under control.

On Thursday the local government secretary, Robert Jenrick, confirmed that Croydon had approached the government for special financial help, and announced that a “rapid review” of the council’s governance, culture and risk management would be carried out.

He said: “The public interest report published this week is damming about the dysfunctional governance within Croydon council, who have been entirely irresponsible with their spending and investments. There are serious questions that local leaders to answer, and we are stepping in to get the situation under control.”

Although it stops short of a full Northamptonshire-style statutory intervention in the day-to-day running of Croydon’s affairs for now, the review will closely examine the council’s financial plans and commercial investment strategies to see if more formal involvement is required in the future.

Cllr Ali said: “While a decade of austerity and the Covid-19 crisis have had a major impact on our finances they do not excuse the issues this report has laid bare. The council fully accepts the findings and recommendations of this report and the council’s new leadership will take swift and decisive action to stabilise the council’s finances and governance.”

Croydon’s parlous financial state, while pre-dating the pandemic, has highlighted the increasingly fragile state of council finances across the UK. Manchester city council warned on Thursday it faced “unpalatable cuts” to services if government did not step in with extra funds to tackle an anticipated £105m budget shortfall in 2021-22.

Manchester’s leader, Sir Richard Leese, said: “At the start of this crisis the clear message from government to local authorities was ‘spend what you need to’ but since then they have changed their tune. We need them to honour that original commitment. Failure to do so would mean that we will be forced into totally unpalatable cuts.”