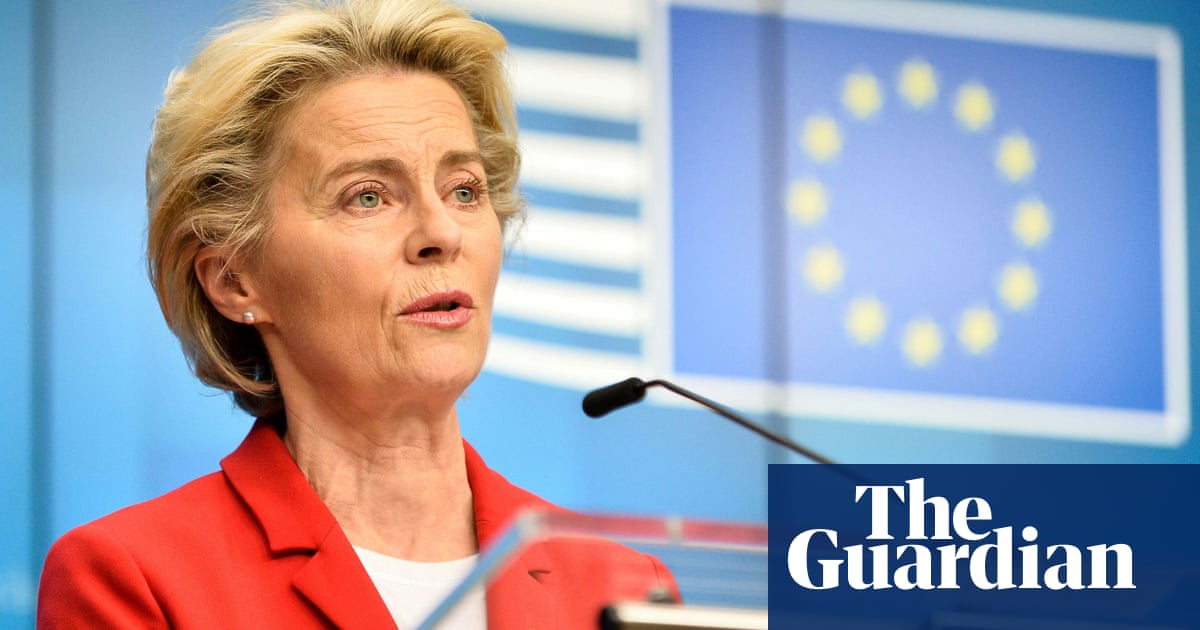 Trade and security negotiations between the UK and the EU are making good progress, Ursula von der Leyen has said in the most optimistic comments to date on the state of the Brexit talks.

As the negotiations moved to Brussels after seven days in London, the European commission president said: “We’re making good progress but [there are] two critical issues: level playing field and the fisheries, [where] we would like to see more progress.

“We are in very close contact on an hourly basis because the negotiations now have been intensified … There are 11 other fields of files that have to be negotiated.” her comments come after Downing Street said last week that the talks were over.

The outstanding issues are the level of access to British waters the UK will provide to EU fishing fleets, fair competition rules for business, including rules on domestic subsidies, and the mechanism in the final treaty for resolving future disputes.

Von der Leyen, who was speaking after a meeting with the Canadian prime minster, Justin Trudeau, said the negotiators would work deep into the issue of how to construct a dispute mechanism that would allow either side to suspend parts of the deal in the event of a clear breach of obligations.

The European council president, Charles Michel, said the state of the talks would probably assessed next week with Brussels hoping to start the ratification process in mid-November. The comments will be warmly welcomed by Boris Johnson after a stormy few weeks.

Trudeau also spoke positively about rolling over the current terms of the trade deal Canada has with the EU to ensure the UK continues to benefit after the transition period. Under the Comprehensive Economic and Trade Agreement (CETA) between the EU and Canada, 95% of the imports covered are tariff and quota-free.

Trudeau said: “There have been many discussions over the past years between myself and Prime Minister Johnson and his predecessor on that seamless transition, on a rollover of the CETA between Canada and the EU, to be the basis for a Canada-UK free trade agreement that would allow certainty for Canadian and British companies going into the future.

“I think you’ve heard that there are significant complexities that the UK is grappling with in terms of negotiating the post Brexit agreement with the EU. I can highlight that it’s fairly straightforward with Canada and we are certainly very optimistic in the ability to see things roll over smoothly.”