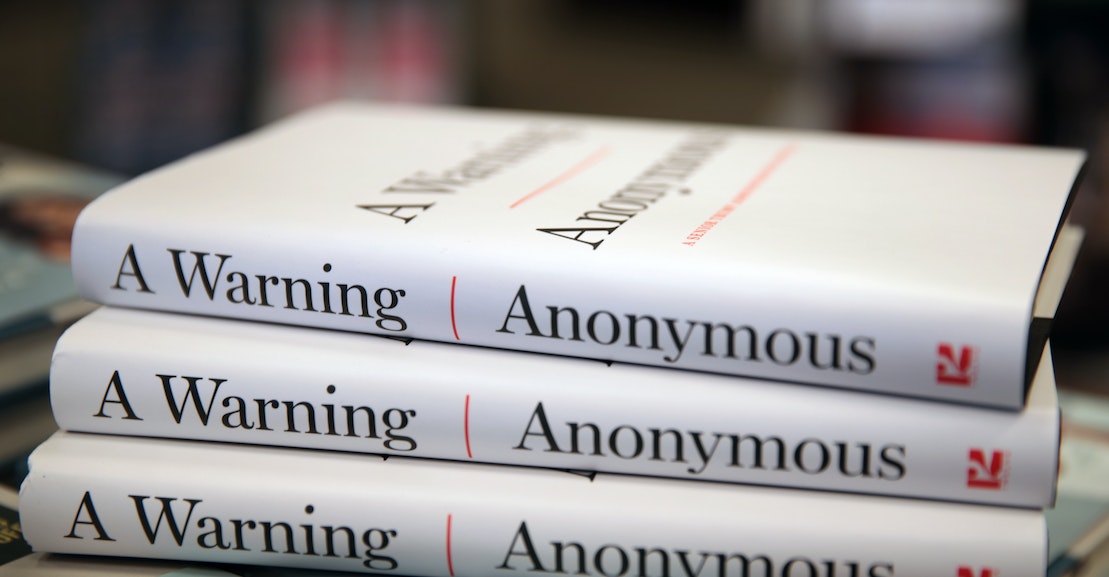 The last four years have provided us with a number of tantalizing mysteries. Just how many Melania Trumps are there? Who was White House Covid-19 patient zero? What, exactly, is going on with George and Kellyanne Conway? Will we ever recover from the Trump presidency?

On Wednesday, one of its least intriguing open questions was answered. The real author of the briefly explosive but historically flaccid New York Times op-ed “I Am Part of the Resistance Inside the Trump Administration” and subsequent 300-page version of that op-ed, A Warning, unmasked himself as Miles Taylor, a longtime Republican staffer who served as chief of staff to Department of Homeland Security Secretary Kirstjen Nielsen and Acting Secretary Chad Wolf.

Given the possible names bandied about as Anonymous’s true identity—John Kelly! Bill Stepien! Mike Pence!—the revelation that it was Taylor, hardly a household name, was a bit of a letdown, even if it was always highly likely that the shadowy figure was going to be the White House equivalent of middle management. That Taylor has, since the summer, emerged as a vocal critic of Trump and ally of the anti-Trump Lincoln Project only makes it less surprising.

Still, the revelation is revealing. It shows the extraordinary extent to which Taylor concealed his own complicity in one of the Trump administration’s most heinous acts: He helped spin the administration’s family separation policy—perhaps the most morally abhorrent policy of an administration that specializes in abhorrent policies—as being about “protecting children.” It also reveals not only the lengths that ex-Trump officials will go to launder their soiled reputations but the eagerness with which mainstream media and publishing institutions will help them do so.

“I Am Part of the Resistance Inside the Trump Administration,” published in 2018, and A Warning, published in 2019, are almost comically inept documents, even with the tiniest bit of hindsight. Both consist of an endless litany of familiar criticisms of the president’s boorishness, stupidity, incompetence, and malevolence, without adding anything new to the most well-worn genre of the Trump era: people complaining anonymously to the media about the president’s personality and job performance. And both depict a group of determined government officials working in the shadows to put country above party and protect the nation from a dangerous and unstable leader.