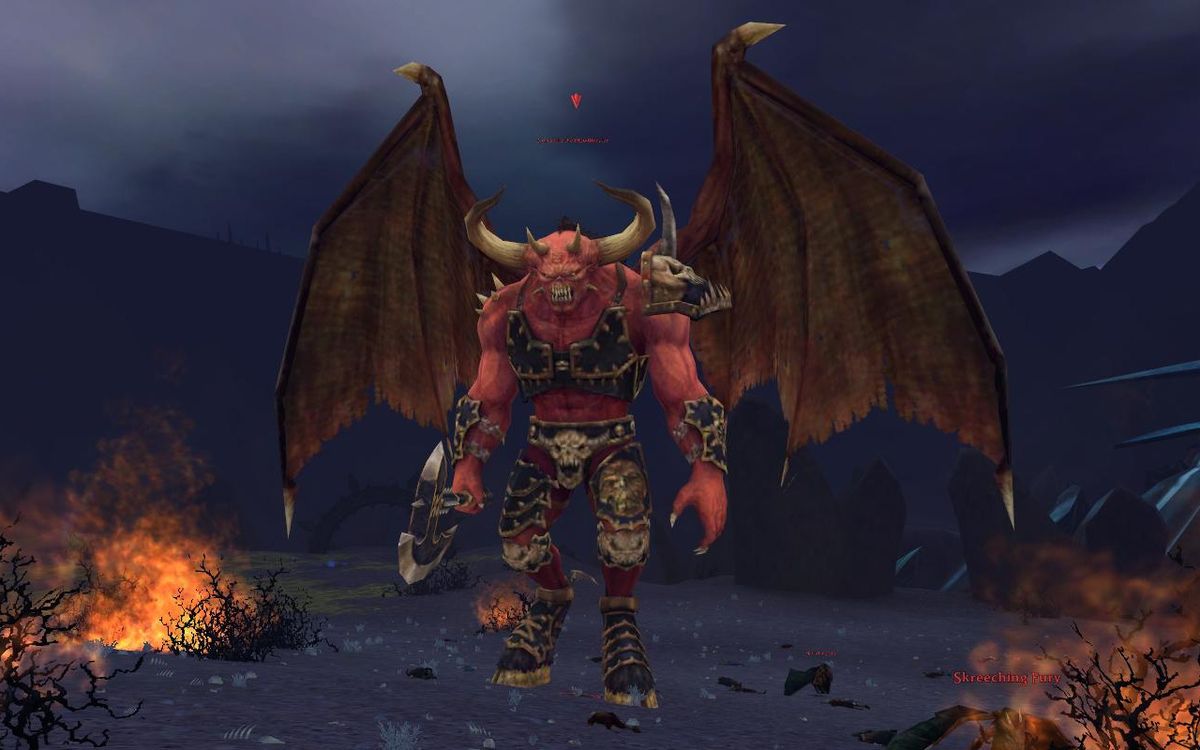 In 2009 and 2010, fondly remembered MMO Warhammer Online: Age of Reckoning featured a Halloween event called Daemon Moon Rising. Fitting the Halloween theme it involved dressing up, with daemon masks that gave players a variety of different powers. It also involved playing football with a skull, because that’s Warhammer for you. The Daemon Cradle was a head that could be thrown from player to player and carried to a goal, where it would have to be protected from the opposing team to earn points.

The Return of Reckoning team, who resurrected Warhammer Online after it was shut down in 2013, are planning to bring back Daemon Moon Rising for the first time this year—though it’ll be their own take on the event, with tweaked rewards, stats, and quests. The original took place in the Praag zone, but their version of daemonball will be in its own silo, “a closed scenario for players to play the event without encountering zergs and warbands” as they put it.

The event’s boss will return as well, a greater daemon called Goreslake, who should apparently take between four and six players to defeat. Unlike the scenario, he’ll be appearing in a realm-versus-realm zone called Chaos Wastes. “Which means players will need to meet their rival factions there before even fighting the boss”, the team say. “Players will receive a unique, time-limited portal that directly takes them to their respective Chaos Wastes camp.”

Daemon Moon Rising handed out rewards like Halloween candy back in the day, and its revival will be no different, with wearable masks being added as rewards and drops. It begins on October 30. Another event is apparently in the works for Christmas/New Year’s, and Twitch Drops will be returning as well.

Warhammer Online made it to number nine in our list of every Warhammer Fantasy game, ranked.