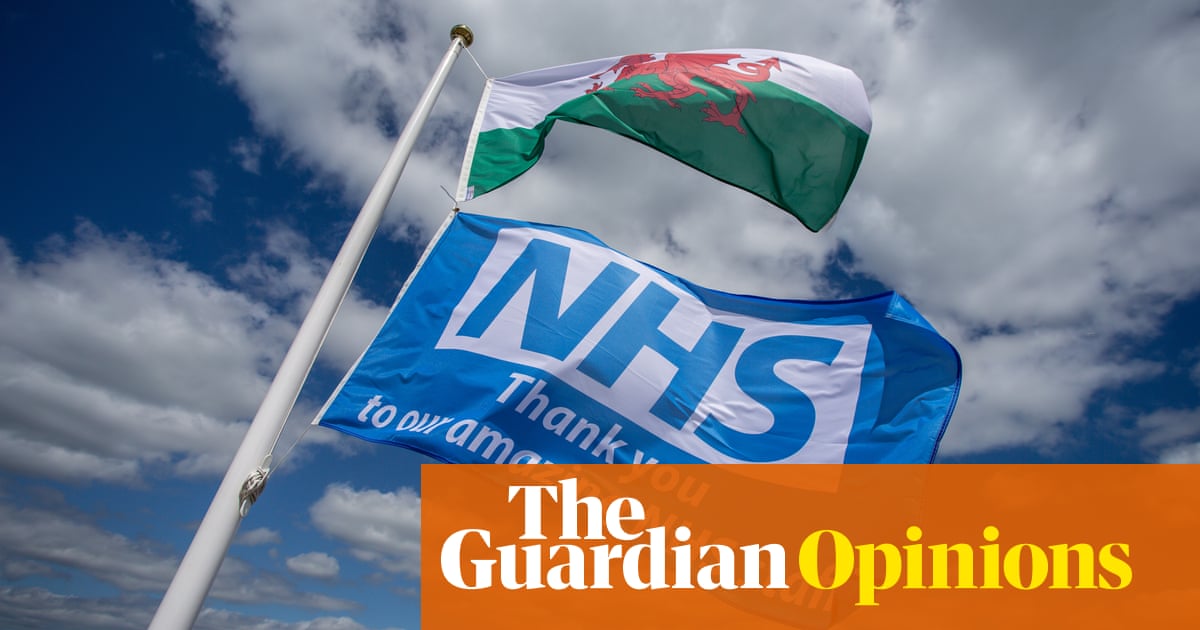 On Friday Wales began a two-week national “firebreak” Covid lockdown in an attempt to give some breathing space to its health service, which risks being overwhelmed by the rise in cases. It has not been without controversy – a ban on supermarkets selling non-essential items was criticised over the weekend. In the English press, the first minister, Mark Drakeford, and the Welsh government have been labelled as “clowns” who are trying to turn Wales “into a wartime, command economy: East Germany, except not as efficient, and with more sheep” (note the tedious xenophobia).

The criticism over the essential items rule is less about lockdown and more about what individuals consider “essential” during times of crisis (the government has now indicated that supermarkets will be allowed flexibility – hardly the actions of a Soviet dictatorship).

Speaking to friends and family in Wales, most people feel the Welsh government knows what it is doing. It is following the scientific advice from its own Technical Advisory Cell, as well as from experts on the UK’s Scientific Advisory Group for Emergencies (Sage). That is not to say that restrictive lockdowns are easy on anyone – small businesses are worried they will not survive – but there is faith that the government has the best interests of the people at heart and is doing what it can to bring case numbers down. Compliance with measures such as mask-wearing has been high, adding to a feeling of collective dedication to the nation’s wellbeing.

As a Welsh person on the other side of the border, I can’t help but feel a bit jealous of my loved ones still living there. It must be nice to have a government you trust, which collaborates with other parties and with the public, and communicates through clear, carefully considered announcements. The lockdown may be restrictive – and will certainly be experienced differently in Cardiff and Swansea than it will in the Valleys or the villages of Snowdonia – but wherever you are in Wales, you can be sure the scientific advice is being followed. In England, people do not have that luxury. The Tories looked at the same advice, and rejected it.

Of course it is hard. My mother and one of my brothers, who is autistic, live close to one another but on different sides of the border. Because my brother was already in a regional lockdown, he hasn’t seen my mother for weeks, and I haven’t seen him since Christmas. As for my dad, stepmum and youngest brother: who knows when I’ll next see them. To miss your loved ones like this is a pain I’d never experienced before, but it is offset by the knowledge that their country is doing what it can to protect them.

Throughout all this, I have noticed a shift in how Wales is perceived by Welsh people, in whichever country they live. Though I always saw Wales as a distinct nation, I have never spent so much time thinking about the border before. For most of my life it has felt porous: now it is not so.

The measures banning travel into Wales are anti-virus, not anti-people. Covid poses a threat to small, rural populations with high numbers of older people, especially after the summer tourist season. Despite jokes on social media, Welsh people aren’t hoping to “build a wall”: they just want to keep the disease at bay.

The way we conceive of the land of our birth is shifting. A friend in Gwynedd says he never felt such a strong sense of Welshness before the pandemic. There’s a sense of pride, too, in how Welsh people have come together to support laws made for Wales by Wales, while Westminster flounders, bluffs and fosters division. The Covid-19 crisis has exposed the benefits of devolution: the powers Wales has to enact protective measures were previously unknown to many of us – even the former first minister Carwyn Jones said he had been unaware Wales could impose its own quarantine rules on people arriving from elsewhere. The pandemic has also allowed the Welsh government to take its own moral stand on issues close to the public’s heart: last week, the Senedd voted to ensure free school meal provision for school holidays up to and including Easter 2021.

Support for independence is rising, too, and there are now “indy-curious” Labour voters. YesCymru, the campaign for an independent Wales, has seen huge increases in support. “People have seen that the Senedd in Wales is much more competent at running Wales’s affairs than Westminster, and we can do so with more empathy and compassion as well,” Siôn Jobbins, chair of YesCymru, tells me. “We’ve seen how a small country like New Zealand has succeeded in tackling Covid-19 even though Wales’s tax intake per head is higher than theirs, and they don’t ‘benefit’ from any of the so-called advantages of Westminster rule.”

Jobbins says that 2021 will be an interesting year in the nation’s history. Welsh people will be keenly watching Scotland and wondering what life will be like being tethered to England following a potential Scottish departure. “Westminster is already stripping the Welsh parliament of its powers through the internal market bill,” Jobbins says. “In a few years’ time, Wales will either be independent or incorporated into England with direct Westminster rule – devolution won’t hold.”

Covid-19 has given Wales a glimpse of what self-determination and autonomy could look like, and it’s inspiring. In times of great fear and uncertainty, having politicians that you feel you can trust is no small thing, and is not easily forgotten.