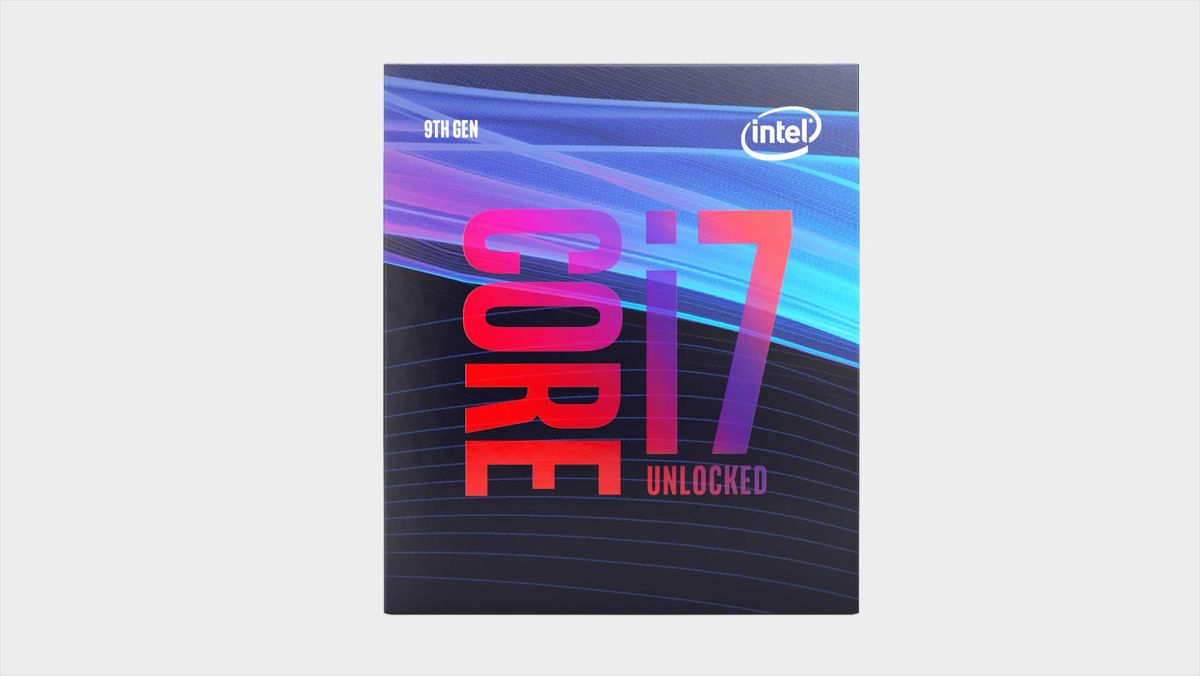 Intel’s shifted its focus onto the 10th Gen for its desktop processors nowadays, and they’ve got AMD’s upcoming Ryzen 5000 processors to deal with, so there’s not much love circulating for Intel’s 9th Gen in general or the Core i7 9700K in particular. Still, I think it’s a pretty great processor, and I’m not just saying that because my PC is fitted with one.

Okay, maybe I am. No PC gamer wants to admit their rig isn’t as shiny and new as it used to be. But the Core i7 9700K is a great gaming chip nonetheless. With eight cores and eight threads of Coffee Lake refresh goodness within, and a max boost clock of 4.9GHz, this chip has exactly what it takes to deliver excellent frames per second, and a little more.

The Core i7 9700K is not a particularly populous chip nowadays. Intel and its distributors are smart to limit stock of last gen chips when the next generation launches, and that usually results in fewer old chips hanging after the fact. With the 9th Gen we’ve seen that to some extent, yet the limited availability of 10th Gen chips did have the previous generation lingering around for a little while longer there. Still, if you do find one this Black Friday, here’s what to expect.

The Intel Core i7 9700K was introduced alongside the first-of-its-kind Core i9 9900K, which left the cheaper of the two in a rather strange place. Usually the Core i7 would be king of the hill, the best CPU in Intel’s desktop, non-HEDT lineup. It was usually the fastest, too.

Yet I don’t think that should put you off too much—if you find a great deal on one, that is. That’s still eight cores of high-performance 14nm power, and no matter how old that may sound in the face of AMD’s Ryzen 5000 series, it’s still a fantastic loadout for gaming. Us lot ideally want powerful, high-IPC, high-clock speed cores in our chips, and the i7 9700K delivers that in swathes.

What are the alternatives to the Intel Core i7 9700K?

Speaking of AMD Ryzen 5000 processors, they’re almost here and they’re bringing a significant gaming performance boost with them. I won’t go into the specifics, you can read more about the AMD Ryzen 5000 series here, but it looks like the Ryzen 7 5800X will be a great alternative to not just the older Core i7 9700K, but even Intel’s newer 10th Gen processors too. Thing is, it’s actually a little pricier than Intel’s offerings at $449 at launch.

Beyond the red team, Intel’s own 10th gen was also a step in a different direction for Intel. The company turned Hyper-Threading back on for its Core i7 10700K, making for an eight-core/16-thread processor. That’s not all. The Core i7 10700K is also a faster chip at 5.1GHz. With a recommended price tag a little under $400, it’s arguably the better buy for the same cash. The thing is, the Core i9 9700K can now be found for much cheaper.

The Intel Core i7 9700K can be found for as little as $300 right now, and that’s honestly not a bad price for what was, not even that long ago, Intel’s second best desktop processor. Perhaps it will drop a little further come Black Friday, but I wouldn’t expect massive discounts on this particular silicon.

Sure, you could spend another $70 on the Core i7 10700K, or the equally decent Core i9 9900K, but that really depends on whether you’re really going to put all those threads to good use. Even AMD’s fantastic Ryzen 7 3700X, an equally thread-happy chip at 16, is $10 more expensive.

Don’t get me wrong, the more threads the better. But I also run Blender, Photoshop, Premiere, and After Effects on my Core i7 9700K system with ease. My PC feels swift and responsive no matter what I throw at it, and I think that’s more a sign of how far PC building has come these past few years. There’s so much more on offer for your money than any other time in recent history.